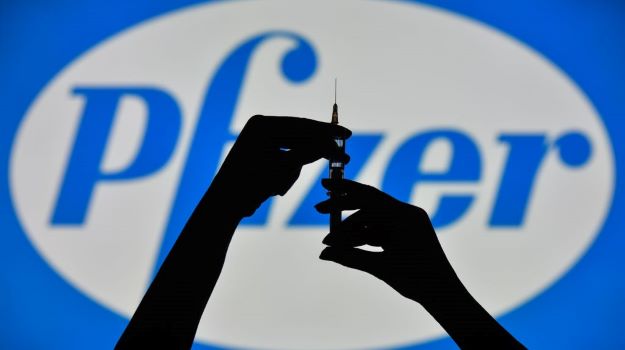 With distribution of COVID-19 vaccines being slow, public health officials and researchers are trying to develop schemes and rationales for delaying the dosing of the second shots, in the case of the Pfizer-BioNTech and Moderna vaccines, which require two doses three or four weeks apart. This would allow the current limited vaccine supply to be given to more people.

Two Canadian researchers, Danute Skowronski, with the British Columbia Centre for Disease Control, and Gaston De Serres, with the Institut National de Sante Publique du Quebec, published a letter in The New England Journal of Medicine noting that the Pfizer-BioNTech vaccine had an efficacy of 94.8% against COVID-19 after two doses, but an efficacy of 52.4% after the first dose to before the second dose, according to original data presented to regulators such as the U.S. Food and Drug Administration (FDA). However, using the same data submitted to the FDA, they calculated that before the second dose, the vaccine was still “highly efficacious,” with an efficacy of 92.6%, a finding “similar to the first-dose efficacy of 92.1% reported for the mRNA-1273 vaccine (Moderna).”

Pfizer, on its part, responding by saying alternative dosing regimens had not been evaluated yet and that the decision needed to be made by health authorities.

“We at Pfizer believe that it is critical for health authorities to conduct surveillance on implemented alternative dosing schedules to ensure that vaccines provide the maximum possible protection,” Pfizer stated.

The U.K., for example, has been delaying the second shot of the vaccines by 12 weeks, despite company recommendations. They are also conducting a clinical trial to determine if use of first and second doses of different COVID-19 vaccines is a viable option.

“If we do show that these vaccines can be used interchangeably in the same schedule this will greatly increase the flexibility of vaccine delivery, and could provide clues as to how to increase the breadth of protection against new virus strains,” said Matthew Snape, chief investigator on the trial and associate professor in Paediatrics and Vaccinology at the University of Oxford.

Skowronski and De Serres warn that the duration of protection from a single dose is unknown, but that the second dose a month after the first provided “little added benefit in the short term.”

At this time, the Pfizer-BioNTech vaccine is recommended in two doses, 21 days apart and the Moderna vaccine two doses, 28 days apart. Despite the variations in the U.K., the U.S. FDA and the European Medicines Agency (EMA) have stayed with the recommended 21- and 28-day intervals. The EMA indicated there should be a maximum gap of 42 days between the two shots, and the FDA mandates 21 days for the Pfizer vaccines.

Skowronski and De Serres wrote in the article, “With such a highly protective first dose, the benefits derived from a scarce supply of vaccine could be maximized by deferring second doses until all priority group members are offered at least one dose. There may be uncertainty about the duration of protection with a single dose, but the administration of a second dose within one month after the first, as recommended, provides little added benefit in the short term, while high-risk persons who could have received a first dose with that vaccine supply are left completely unprotected. Given the current vaccine shortage, postponement of the second dose is a matter of national security that, if ignored, will certainly result in thousands of COVID-19-related hospitalizations and deaths this winter in the United States—hospitalizations and deaths that would have been prevented with a first dose of vaccine.”

It's worth pointing out that there are compliance problems with the second shot of two-shot vaccine regimens. The primary example is the herpes zoster vaccine Shingrix to prevent shingles. It requires two doses two to six months apart. A study by the Kaiser Family Foundation published in December 2020, found that 26% of Medicare beneficiaries who received the first dose of Shingrix, failed to get the second dose.

In that study, they noted, “The fact that the second dose of the two leading COVID-19 vaccine candidates is administered no more than one month after the first dose—versus up to six months between the first and second doses of the shingles vaccine—could mitigate some of the loss to follow up observed with the shingles vaccine. Moreover, preliminary evidence showing that the two COVID-19 vaccines closest to FDA authorization are highly effective in preventing COVID-19, a potentially fatal disease, may translate to higher take-up rates for the second shot than we observed with Shingrix.”