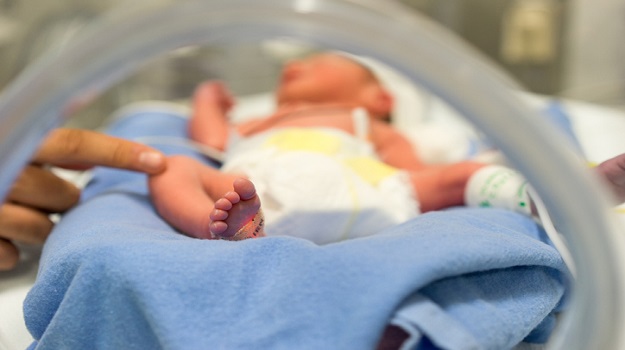 The labor and delivery process can be overwhelming on its own, but for those whose babies are not perfectly healthy, the challenge is just beginning. Each year, approximately 1.5 million newborns are admitted into a neonatal intensive care unit (NICU) in the U.S., accounting for 10 to 15% of all babies born.

As infants are unable to vocalize their symptoms and cannot undergo the same testing procedures as adults, their illnesses can be much more difficult to diagnose. When an infant has medical complications, it can often take weeks, months or even years to discover the root of the problem, leaving parents feeling helpless and frustrated.

But what if these infants could be diagnosed in a matter of days? New research surrounding rapid whole genome sequencing suggests that soon, they could be.

The History of Genome Sequencing

The most common reason that infants are admitted into the NICU is preterm birth, or birth before 37 weeks gestation. Other common reasons include congenital birth defects and complications during labor and delivery. Though doctors can pinpoint these broadly defined causes for NICU admittance, determining the root cause of an infant’s illness is more complex.

This is where genome sequencing comes into play. Recently, researchers finished sequencing the entire human genome. Though this process did not begin until the early 2000s, it all builds on the discovery of karyotype techniques in the 1950s, which helped identify the shape and number of chromosomes in the human body. In 1959, scientist Jérôme Lejeune used this discovery to find that trisomy 21 was the cause of Down’s syndrome.

Lejeune’s discovery led researchers to begin screening infants for diseases in the 1960s. In 1968, the World Health Organization commissioned a report from James Maxwell Glover Wilson, then principal medical officer at the Ministry of Health in London, England, and Gunner Jungner, then chief of the clinical chemistry department of Sahlgren’s Hospital in Gothenburg, Sweden. The report, titled “Principles and practice of screening for disease,” introduced the concept of screening infants for illnesses and provided an outline of screening criteria that became the baseline for all studies to follow.

At the time, newborns could only be screened for a few specific illnesses like phenylketonuria and Down’s syndrome. This early form of screening could take anywhere from weeks to months to produce results, leaving at-risk infants waiting to get the proper treatment.

Over the years, researchers and scientists have worked to introduce faster, more accurate methods of genetic testing for infants. On March 24, GeneDX announced new research in collaboration with the University of Washington, Seattle Children’s Hospital and the Brotman-Baty Institute that studies the use of rapid whole genome sequencing to diagnose critically ill infants. Parents of the infants who participated in the study received verbal confirmation of their child’s diagnosis in as little as five days.

The data announced is part of SeqFirst, a study conducted by the University of Washington at Seattle Children’s Hospital examining the impact on care of broad access to routine whole genome sequencing in critically ill infants.

The data showed that the sequencing provided a potential, partial or full diagnosis for 53% of infants tested. Of those, 30% had no previously documented suspicion of a genetic condition. Overall, this sequencing method led to a change in treatment strategy for 93% of these patients.

These results suggest that if whole-genome sequencing were routine for all critically ill infants, many infants and their parents who would not normally have access to this testing would be able to get care that could make a difference. Though similar studies have been conducted related to rapid whole genome sequencing, SeqFirst puts an emphasis on providing broader access to testing. Paul Kruszka, the chief medical officer at GeneDx, told BioSpace that one way this study increased access was by diversifying the patient base.

"If the infant's medical condition is not fully explained by infection, trauma or prematurity, you're eligible to enter the study. So we’re casting a much wider net,” Kruszka said. “In other words, we're not cherry-picking the patients that we know are going to return a positive result. And remarkably, our return rates were fantastic.”

Of those patients in whom a genetic condition was not considered prior to testing, 67% identified as non-White. This is significant, as it is normally a long, arduous and expensive process for an infant to be tested in this way. Clinical geneticists are the primary doctors who conduct these tests, and there is currently a shortage of these physicians in the U.S. According to a study published in January of 2019, those at children’s hospitals reported the longest wait times for an appointment with a geneticist, with 39.4% of respondents estimating wait times to be more than three months.

In GeneDX’s study, the clinical geneticists at Seattle Children’s worked with neonatologists to help them screen patients, order tests, conduct pre-test counseling and return the results. In other words, they made it easier for neonatologists to go through this process themselves, bypassing the need for parents to meet directly with geneticists. This process makes whole genome sequencing more accessible for everyone, not just infants with parents who have the information, resources and time to see a clinical geneticist.

The Future of Infant Diagnostics

The researchers involved have larger plans beyond this first set of data. GeneDX plans to extend the study outward from Seattle Children’s Hospital to different hospitals across the country. This will allow the researchers access to a more diverse data set whose demographics more closely mirror the population of the U.S.

Kruszka stressed the importance of expanding the study.

“It all falls under the umbrella of accessibility,” he told BioSpace. “There is a third of this cohort that was not suspected of having a genetic diagnosis, and it was overly enriched with non-white populations. That's an important piece of data right there.”

The idea is to take the method of testing that was successful at Seattle Children’s Hospital and make it possible for other doctors to do the same. If neonatologists can successfully navigate the process of rapid whole genome sequencing themselves, this could not only lessen the wait for diagnosis but provide this testing to any infants who qualify for it, regardless of background or resources.

This is the company’s primary goal as it enters Phase II of the study. “In Phase I, we were giving them fish,” Kruszka explained. “Now, we need to teach them how to fish.”

Though this new data and research is promising, there is still a long way to go in both the functionality and accessibility of rapid whole genome sequencing. But if this study is successful, doctors will be able to diagnose their NICU patients much sooner than before and send them home with their parents, where they belong.

The Intersection of Diagnostics and Treatment

Of course, diagnosing the infants is the start of a much longer process: treatment. Like the diagnostic process, treating infants is often more complicated and nuanced than treating adults.

There is much controversy surrounding gene editing in infants. One of the better-known examples of this controversy occurred in 2019, when He Jiankui announced the birth of twin girls with gene mutations he had engineered as embryos.

This is just one reason why many companies that develop clinical trials associated with gene therapy focus on children instead of infants. One such company is LogicBio Therapeutics, which announced early clinical trial results in October 2021 demonstrating the first-ever in vivo genome editing in children. The trial initially included children from 3 to 12 years old, but after a recommendation from its independent Data Safety Monitoring Board, the company was permitted to include children as young as six months.

Fred Chereau, CEO of LogicBio, said that rapid whole-genome sequencing could lead to better treatment and a better overall quality of life for young patients and their families. 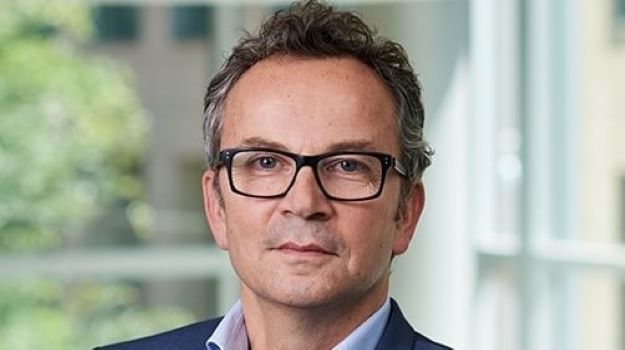 “It’s good for the families, but it’s important also for society, because the sooner we are able to diagnosis patients, the better we are able to treat them and to give them a life as normal as possible, and hopefully to develop drugs,” Chereau told BioSpace.

The SUNRISE trial, which was placed on clinical hold by the U.S. Food and Drug Administration in February, is evaluating the safety, tolerability and preliminary efficacy of LB-001, the company's investigational, single-administration genome editing therapy, in pediatric patients with methylmalonic acidemia (MMA). Chereau explained that the reason the FDA allowed his company to include children in the trial is due to the promoterless, endonuclease-free genome editing technology LogicBio uses.

“We still have a lot to learn, and people prefer to learn that in adults,” he said. Even so, “Not carrying an exogenous promoter is giving us a peace and safety standpoint for the editing technology.”

Chereau explained that because there are fewer clinical trials involving children, the staff at pediatric hospitals often have much less experience with the complex systems and procedures that come with running a trial. He went on to say that, understandably, it takes a lot of work to make parents comfortable enough to enroll their child.

“The families and young patients who are part of clinical trials, such as the one we are running, are heroes, even if they are desperate sometimes...they want to give the best possible chance to their children.”

That is especially the case now that the trial has been put on hold due to serious adverse events that occurred in two children dosed with LB-001. Though both children have recovered, Chereau explained that events like these are never easy, and they become even more difficult when children are involved.

“When we have serious adverse events, you don't sleep very well. To be honest, I'm not sure I would sleep better if it were older patients, but when it's a child, it’s an extremely difficult situation.”

Unfortunately, these adverse events are a risk in any clinical trial, especially in those involving children. But that’s also why these trials are so important. If children are never included in trials like LogicBio’s, the early diagnosis that comes from rapid whole-genome sequencing will be of little use.

“The worst thing I think that could happen is when you finally get the diagnosis and the name of the disease, and the next thing you hear is that there is no treatment for it,” Chereau said. “That’s very difficult.”

As technology like rapid whole-genome sequencing advances, the scientists and researchers who make it possible are giving NICU children and their families a much greater chance of recovery. After that, it’s up to the rest of the medical community to keep up with this momentum to ensure the time, effort and resources poured into diagnosing these children is not in vain.