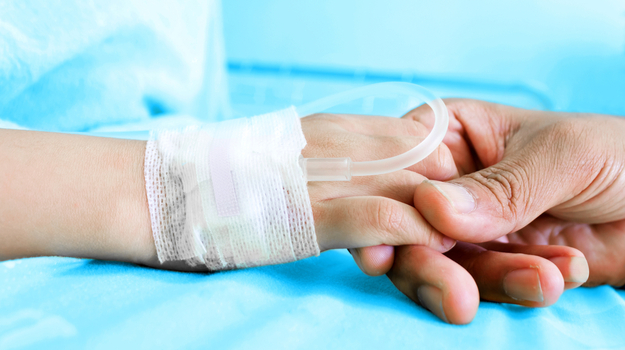 The U.S. government has been pushing to increase access to experimental drugs over the last two years. On August 18, 2018, the RACE for Children Act was signed into law as part of the 2017 FDA Reauthorization Act, which amended the Pediatric Research Equity Act (PREA). The purpose of this was to promote reach and development of new cancer treatments for children. Accelerate, an organization focused on innovation for children and adolescents with cancer, notes, “Pediatric investigation can be required if the drug or biological product is intended for the treatment of an adult cancer and directed at a molecular target that FDA determines to be ‘substantially relevant to the growth or progression of a pediatric cancer.’”

The law will go into effect on August 18, 2020. As a result, many pediatric oncologists and pharma companies are gearing up for more studies of oncology drugs for children.

Crystal Mackall, a pediatric-cancer researcher and professor of pediatrics at Stanford University, School of Medicine, told the Wall Street Journal, “It is an incredibly exciting time. We have lots of drug companies who want to speak with us suddenly. Before, we went hat in hand, cajoling.”

Biopharma companies have tended to steer away from clinical trials for children’s cancer, which “they viewed as risky and unprofitable,” according to some pediatric oncologists.

Some argue that the industry avoids it because it’s a relatively small market, thus not profitable. According to the American Cancer Society, of the 1.7 million new cases in 2018 of cancer in the U.S., 10,590 involved children 14 of years or younger.

Europe has a much better track record of getting biopharma companies to test drugs on children. Norman Lacayo, a pediatric oncologist at Stanford’s Lucile Packard Children’s Hospital, told WSJ, “We were jealous of Europe, where they forced all companies to have pediatric investigational plans for all drugs and we didn’t have that.”

Children typically have a better cure rate for cancer, around 80 percent. But in some cases, there are few options, often because the drugs for adults have not been tested or approved for children.

Lacayo will soon be launching a clinical trial of Roche’s leukemia drug, Idasanutlin, for adults on children this summer. He told WSJ, “It is a nightmare for families who have no options. When I see these poor families walk in with their children, you see on their faces their suffering and despair.” He believes the trial of Roche’s drug and other similar trials will offer hope.

Idasanutlin will also be evaluated in children at Memorial Sloan Kettering Cancer Center in New York.

Hubert Caron, who heads Roche’s pediatric oncology unit, called the law “a game-changer.” Sloan Kettering and Stanford are planning a clinical trial with Roche’s Genentech unit. Caron says, “We will be seeing major changes in therapies for children in the next five to 10 years.”

Although researchers seem generally supportive, there are concerns. Peter Adamson, a pediatric oncologist at the Children's Hospital of Philadelphia, who also chairs an international consortium of more than 220 children’s cancer centers, the Children’s Oncology Group, is worried the law is “overpromising patients and families.”

Adamson told WSJ that more clinical trials focused on pediatrics has “high value,” but that doesn’t mean they will all be successful. “We have small steps,” he said. “Cancer is a challenging problem.”

Meanwhile, President Trump signed another “Right to Try Act” into law in May 2018. This law gives terminally ill patients greater access to drugs that haven’t yet been approved. There are concerns about this law, as well, which is something of a messy merger of a Senate version of the bill and a House version that was extensively modified in the House Energy and Commerce Committee.

The implications of this law are less clear, largely because they will have likely conflict with many state laws on the same subject. States, however, don’t have the right to approve drugs, which lies with the FDA.

The law gives terminally ill patients the right to bypass the FDA and be given experimental drugs. The FDA is not involved, nor is an institutional review board (IRB). FDA protections do not apply. The drugs need to have passed Phase I clinical trials, have an investigational new drug (IND) application with the FDA, and be in Phase II clinical trials.

This is one area that makes the law controversial, because Phase I trials are typically small, with fewer than 30 patients, and are usually designed to screen for severe toxicities and develop safe dosing ranges. Many consider it rather broad to say that if a drug passed Phase I, it is safe.

The law also shields doctors prescribing the drugs under the law, pharmacists dispensing the drugs, and the companies providing the drug, from liability. The FDA Commissioner also can’t use the outcomes from the right-to-try drugs in determining whether the drug should be granted approval. That is to say, if a patient uses an experimental drug under the law and dies, that doesn’t go into any determination of the drug’s approval via safety or effectiveness. Presumably, the inverse is true, if the patient recovers, it won’t be used either.

On January 10, the first test of the law was made, with ERC-USA, a subsidiary of Belgium-based Epitopoietic Research Corporation, agreeing to provide patient access to ERC-1671 (Gliovac), which is currently in Phase II trials in the U.S. The drug was already approved in Europe for grade IV glioma (glioblastoma multiforme and gliosarcoma) when all other traditional treatments have failed. The treatment was initiated in late November 2018.