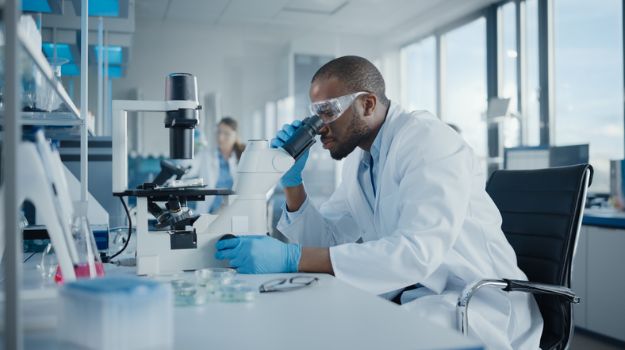 It was a relatively quiet week for clinical trial announcements. Here’s a look.

Windtree Therapeutics completed enrollment in its Phase II trial of lucinactant (KL4 surfactant) for patients with COVID-19 associated lung injury and ARDS. Lucinactant is a synthetic surfactant structurally similar to a human pulmonary surfactant. It contains sinapultide, a synthetic peptide KL4, a 21-amino acid peptide that imitates the essential attributes of the human surfactant protein B.

Pardes Biosciences announced the FDA gave it the go-ahead to initiate a Phase I trial of PBI-0451, its oral antiviral drug candidate to treat and prevent COVID-19. It is currently in a Phase I study in New Zealand. They also hope to launch global Phase II/III trials in mid-2022. The drug is a direct-acting inhibitor of the main protease (Mpro).

OSE Immunotherapeutics revealed the acceptance of the IND obtained by Veloxis Pharmaceuticals for VEL-101/FR104. The drug is a CD28 antagonist monoclonal antibody fragment. The trial will be sponsored and run by Veloxis in the U.S. It is being developed for all transplant indications.

Humacyte announced results from the first series of compassionate use cases of the company’s investigational Human Acellular Vessel (HAV) for the treatment of critical limb ischemia and vascular trauma. The HAVs were observed to remain patency free and infection free in patients requiring vascular reconstruction. HAVs are engineered replacement vessels designed to be durable, infection-resistant and off-the-shelf.

Anavex Life Sciences reported positive topline results from its Phase III AVATAR trial of Anavex 2-73 (blarcamesione) in adult female patients with Rett syndrome. The drug provided a statistically significant improvement compared to placebo for the primary efficacy endpoint in addition to all secondary efficacy endpoints. Anavex 2-73 activates the sigma-1 receptor (SIGMAR1). It is believed that activating SIGMAR1 restores the homeostatic function within the body, which is needed to restore neural cell balance and promote neuroplasticity.

ImmunityBio revealed positive data from the Phase I HIV Cure Study of Anktiva (N-803) to treat HIV. The drug is an IL-15 superagonist. The drug demonstrated the ability to stimulate latent HIV replication in CD4 memory cells.

LogicBio Therapeutics announced the FDA had placed a clinical hold on their Phase I/II trial of LB-001 for pediatric patients with methylmalonic acidemia. LB-001 is a first-in-class, single-dose AAV genome editing therapy using the company’s GeneRide drug development platform. The hold was placed after a severe adverse event in two of the four patients in the trial.

CRISPR Therapeutics and ViaCyte dosed the first patient in the Phase I trial of a novel gene-edited cell replacement therapy for type 1 diabetes. The therapy was developed by applying CRISPR’s gene-editing technology to ViaCyte’s stem cell capabilities to generate pancreatic cells designed to evade recognition by the immune system.

Ultimovacs completed the second dose cohort treatment in the Phase I TENDU trial. The trial is evaluating the company’s Tetanus-Epitope Targeting (TET)-platform in patients with prostate cancer.

UCB reported positive results from its Phase III trial of zilucoplan for generalized myasthenia gravis, which hit primary and secondary endpoints. The drug is a self-administered, subcutaneous peptide inhibitor of complement component 5.

Vanda Pharmaceuticals reported that its Phase III VP-VLY-686-3303 trial of tradipitant for gastroparesis failed to hit its primary endpoint. The primary endpoint was a change in the severity of nausea compared to placebo at 12 weeks.

Revolo Biotherapeutics received approval in the UK to initiate two Phase II trials of ‘1805. One is in moderate to severe active rheumatoid arthritis, and the other is in noninfectious, active, intermediate, or posterior uveitis or panuveitis. It is also enrolling patients in two ongoing Phase II trials of ‘1104 in eosinophilic esophagitis in the U.S. ‘1805 is a modified analog of the endogenous immune-regulatory binding immunoglobulin protein (BiP). ‘1104 is a peptide derived from a natural immune-regulatory protein.