Civica Rx Starting With 20 Generic Drugs for Hospitals, Plans to Expand to 100+ 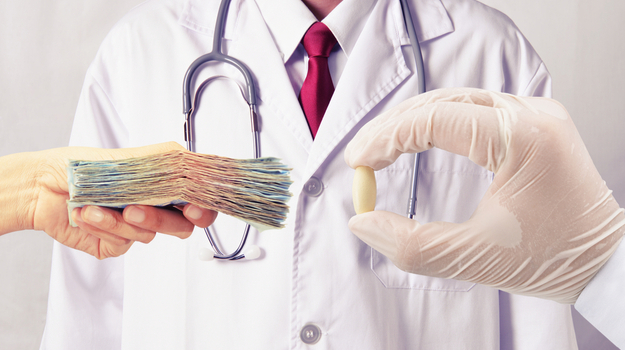 Civica Rx was announced about a year ago, in January 2018. It is a not-for-profit generic drug company formed by five healthcare systems: U.S. Department of Veterans Affairs (VA), Intermountain Healthcare, Ascension, SSM Health and Trinity Health.

The company planned originally to offer 14 drugs in 2019. Because it has far exceeded its expectations for developing relationships with generic drug manufacturers and participating hospitals—approximately 800 now—it expects to offer 20. And within three to five years, believes it will offer up to 100 generic medicines.

Civica Rx has raised more than $160 million from its members, which along with the original groups, now includes HCA Healthcare, the Mayo Clinic, the Catholic Health Initiatives and more.

Civica Rx was created in response to severe shortages in the U.S. of hundreds of common generic drugs caused by consolidation of the generic companies, and manufacturing problems. Sometimes this has led to steep price increases, which is very much contradictory to why generics were developed. In particular, when a single company manufactures a generic drug, prices are kept very high.

“These are very, very old drugs that have been used not only for decades, some for almost a century,” Civica Rx chief executive officer Martin VanTrieste told Reuters. “When hospitals can’t have them, they are forced to cancel patient treatments or find alternative treatments. In most cases, that is suboptimal care or no care at all.”

In a study conducted at the University of Chicago on behalf of three healthcare organizations that was released this month, more than 90 percent of U.S. hospitals had to “identify alternative therapies to mitigate the impact of drug price increases and shortages.”

Hospitals working with Civica Rx agree to pay fees based on their size, as well as the cost of drugs purchased.

To date, Civica Rx hasn’t disclosed which manufacturers it is working with. It has only indicated its first drugs will be manufactured at sites in New Jersey, Pennsylvania and North Carolina already licensed to manufacture generic drugs. According to Reuters, Civica is negotiating long-term prices with the drug manufacturers in exchange for commitments from the member hospitals to buy the drugs for five to 10 years.

In the next four or five years, Civica Rx plans to buy or build its own manufacturing plants in order to stockpile six months of drugs to maintain availability. Its goal is also to ensure competition to keep prices low.

“We want to be very competitive,” VanTrieste told Reuters. “We want multiple manufacturers to make the products. We want our health systems to buy only half from us.”

In prepared remarks, VanTrieste said, “Drug shortages have become a national crisis where patient treatments and surgeries are canceled, delayed or suboptimal. We thank these organizations for joining us to make essential generic medicines accessible and affordable in hospitals across the country.”

In a Reaction Data survey, 80 percent of almost 750 providers, payers and pharmaceutical companies said they are optimistic or cautiously hopeful Civica Rx will change the status quo. Pharmaceutical companies, however, were more skeptical the organization could overcome regulatory and logistical barriers, with only 29 percent believing it would be successful. About 38 percent of payers believed it will succeed.