“A Devil of a Disease”: The Current Alzheimer’s Pipeline 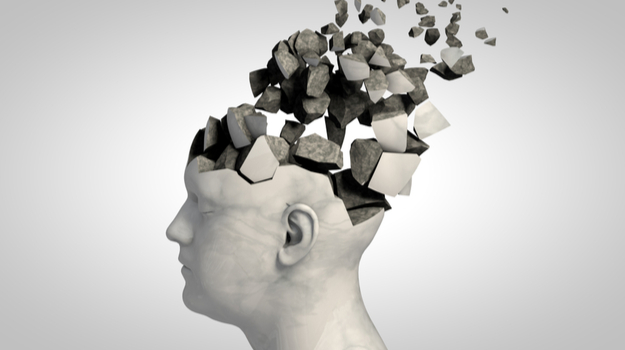 As anyone following Alzheimer’s research knows, drug development for the disease has been a wasteland of failed clinical trials with literally billions of dollars thrown at drugs that have proved ineffective at preventing or halting the disease. In March 2019, in what many felt was a turning point for the industry, Cambridge, Massachusetts-based Biogen and its collaboration partner, Tokyo-based Eisai, announced they were discontinuing the global Phase III clinical trials, ENGAGE and EMERGE, of aducanumab in patients with mild cognitive impairment from Alzheimer’s and mild Alzheimer’s dementia. Biogen also discontinued its EVOLVE Phase II trial and the long-term extension PRIME Phase Ib trial of aducanumab.

Aducanumab was an antibody against beta-amyloid. Beta-amyloid is a protein that accumulates in the brains of Alzheimer’s patients and for the last several decades has been viewed as the primary cause of cognitive and memory issues caused by Alzheimer’s. Although most researchers believe beta-amyloid plays a role in Alzheimer’s, aducanumab was one of the final examples showing that preventing or eliminating beta-amyloid did not resolve the Alzheimer’s symptoms. Many critics said the amyloid theory of Alzheimer’s was officially dead.

It's probably not dead, but it’s almost certainly being modified, and many researchers are shifting their attention and resources elsewhere.

“The report is basically demonstrating the pipeline continues to be fairly robust, but the number of Phase III trials, given the failures, is down appreciably and the number of Phase IIs is holding steady and increasing a bit,” Vradenburg said. “The Phase IIs are getting more diverse in terms of the methods of action and their targets. It is reflecting some move away from the amyloid hypothesis, although there are significant ongoing trials in the amyloid thesis.”

Phase II, however, has 72 drugs, with 13 for symptoms, 59 targeting disease-modification, and only two in prevention trials. In what might be a larger shift, 12 drugs are focused on tau, another protein cluster implicated in Alzheimer’s, while five are classified as neuronal and synaptic growth, which is an increase of 67% from 2018.

“Tau is complicated,” Vradenburg said. “It presents in different parts of the brain and it is found in CTE (chronic traumatic encephalopathy) cases where there’s no amyloid engagement. There are obviously challenges in tau, but it’s later in the supposed amyloid-tau-neuroinflammation sequence, but not at the end. There’s a small group of evidence that suggests tau may start earlier or in parallel. The scientific community doesn’t have consensus on exactly what the sequence is.”

One striking aspect of the report is a table titled, “Alzheimer’s Drugs and Estimated Commercial Launch Dates.” Those launches, of course, are totally dependent upon the results of Phase II and particularly Phase III clinical trials. These mid- and late-stage trials are where Alzheimer’s drugs, historically, have gone to die, and in its own way the table is a show of optimism.

“If we look at the history of the last 15 years,” Vradenburg told BioSpace, “none of them are going anywhere, but you have to maintain hope, optimism and persistence. Seven million people probably die a year around the world each year of Alzheimer’s, 10 million get dementia related to this disease. We’ve got to keep at it with passion, pace and resources. Probably a lot will go nowhere, but we’ll see.”

Vradenburg also spoke about other approaches UsAgainstAlzheimer’s is taking and concerns the organization and many in the Alzheimer’s community have about drug development and treatments in this area.

Almost all of the drugs target the early stages of the disease, he said. And because the disease is complex, many believe that an effective medical approach will require combinations of drugs, not unlike what is being done in the HIV/AIDS arena, or likely to occur in nonalcoholic steatohepatitis (NASH), where multiple drugs will be needed to handle different components of the disease. Since there are few if any really effective Alzheimer’s drugs now, a combination approach would require not just one new and effective drug, but one after the other.

“There’s a real sense amyloid is still a player in some fashion,” Vradenburg said. “APOE4 is based on an amyloid precursor protein, so it’s a player, but whether we’ve got the wrong drug hitting the right target at the wrong time or whether we are not going early enough in the course of the disease to hit at the right time, are all factors.”

In addition, there are simply concerns about access, assuming a drug or multiple drugs are developed and approved. “Most of the people I’ve talked to in this space,” Vradenburg said, “are now focused on the fact that there’s a lot more to getting a successful drug into the hands of millions of people, or into the mouths of millions of people, beyond understanding the science.”

You need, he points out, to not only understand the basic science and develop drugs that interrupt the pathophysiology of the drugs so it affects the course of the disease, you have to have regulators willing to verify the therapies are safe and effective, and that the people who are paying for the drug will do so.

Which can be something of a conundrum, because although there are now no effective clinical diagnostic tests for Alzheimer’s, many of the drugs being evaluated are targeting earlier and earlier in the disease—without biopharmaceutical companies being 100% certain that the patients actually have Alzheimer’s.

Biomarkers and diagnostic tests for the disease have risen to the top of concerns in the industry, and specific efforts are focused on it. In April, for example, Bill Gates, Jeff Bezos and MacKenzie Bezos teamed up to donate more than $20 million to the Diagnostics Accelerator, a project part of the Alzheimer’s Drug Discovery Foundation (ADDF). The accelerator’s mission is to develop an easy and affordable test for Alzheimer’s disease.

UsAgainstAlzheimer’s is also planning a research report on the biomarker pipeline for Alzheimer’s.

Without good biomarkers, it’s going to be a difficult battle to convince payers like Medicare or insurance companies to pay for long-term therapies that may be very expensive, without clear diagnoses and prognostic assays to determine if the patient actually needs the drugs or if they’re effective.

Vradenburg is optimistic. “It’s a whole series of interrelated, logically sequential steps, each of which has to be identified and addressed. I think we’re getting things lined up.”

UsAgainstAlzheimer’s has created its own clinical trial enabling system called the Global Alzheimer’s Platform, which is working to speed the delivery of drugs by decreasing the time and cost of Alzheimer’s clinical trials. They are also working with regulators globally to acknowledge that Alzheimer’s drugs do not require both improvements in cognition and function in order to be approved, because researchers are working in populations where there are no cognitive deficits—meaning there’s nothing to improve, at least clinically. And as such, biomarkers are going to be increasingly important for clinical trial approvals.

UsAgainstAlzheimer’s also has a focus on research on lifestyle interventions—aerobic exercise, diet, and other activities that have been shown to have a positive action on preventing or slowing the disease.