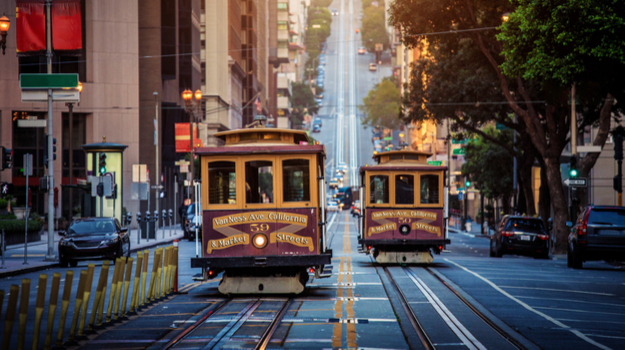 There are numerous ways to rank a company as “the best place to work.” Some listings rank companies by pay, others by how “happy and engaged” the workforce is, others by culture and benefits. Some rankings use metrics while others are based on employee surveys. Here’s a look at six San Francisco Bay Area life science companies that have hit a variety of “best of” lists recently, in no particular order.

GigaGen. Based in South San Francisco, GigaGen is a small biotech company working to advance a pipeline of immunotherapies for cancer and immune deficiencies. The company’s tech platform, dubbed Surge technology, leverages microfluidics, genomics and protein library engineering to improve target selection, candidate identification and preclinical efficacy assessment. The company recently published an article in the journal mAbs showing the feasibility and benefit of its Surge antibody discovery and engineering platform for rapid monoclonal antibody discovery. GigaGen was recently ranked as one of the “Best Places to Work in the Bay Area” by the San Francisco Business Journal.

Genentech. Also headquartered in South San Francisco, Genentech is a subsidiary of Swiss company Roche. Generally viewed as the first modern biotechnology company and founder of the industry, Genentech has 40 medicines on the market, about 14,000 employees, and 785,000 square feet of space dedicated to research. In 2019, the company ranked #35 on Fortune magazine’s “70 Best Companies to Work For in the Bay Area,” list. Employees said, “Genentech has been an extraordinary place to work. The onsite day-care, gym and a flexible work schedule couldn’t be better. Genentech’s commitment to sustainability and social values also makes me proud to be a part of the organization.”

Nektar Therapeutics. Located in San Francisco, Nektar was ranked by the San Francisco Business Times as having the highest median pay of any life science company in the Bay Area. The median pay is $198,865. The company focuses on developing drugs for cancer, auto-immune diseases and chronic pain. Earlier this month, the company presented preclinical data on its immuno-oncology pipeline candidates, bempegaldesleukin (NKTR-214) and NKTR-255, an IL-15 receptor agonist, at the American Association for Cancer Research (AACR) Annual Meeting 2019.

Gilead Sciences. Based in Foster City, Gilead also ranked high on the San Francisco Business Times list of median pay, which is $163,963. On April 12, Gilead and Novo Nordisk announced a collaboration on a clinical trial for nonalcoholic steatohepatitis (NASH). They will evaluate a combination therapy of Novo Nordisk’s semaglutide (GLP-1 analogue) and Gilead’s cilofexor (FXR agonist) and firsocostat (ACC inhibitor). In late 2017, Gilead received a 100% on the Human Rights Campaign (HRC) 2018 Corporate Equality Index (CEI). This is a national benchmarking tool on corporate policies and practices related to lesbian, gay, bisexual and transgender (LGBT) employees. Companies that receive a 100% rating are recognized as a “Best Place to Work for LGBT Equality.”

BioMarin Pharmaceutical. Headquartered in San Rafael, BioMarin focuses on rare and ultra-rare genetic diseases. On March 1, its Palynziq (pegvaliase) to reduce blood phenylalanine concentrations in patients with phenylketonuria (PKU) received a positive recommendation in Europe by the Committee for Medicinal Products for Human Use (CHMP). In the San Francisco Business Times list of median pay, it ranked high, with a median pay of $140,140. In March 2018, BioMarin was chosen by the International Society for Pharmaceutical Engineering (ISPE) for its gene therapy manufacturing facility. It received the 2018 Facility of the Year Category Winner for Project Execution. The facility is in Novato, Calif.

Amgen. Based in Thousand Oaks, Amgen has received several notable accolades in 2019. It ranked #5 in Fortune Magazine’s World’s Most Admired Companies list, Forbes Best Employers for Diversity list, ranking #61 out of 250, and a perfect score of 100% the Human Rights Campaign (HRC) 2019 Corporate Equality Index (CEI). This is a national benchmarking tool on corporate policies and practices related to lesbian, gay, bisexual and transgender (LGBT) employees. Companies that receive a 100% rating are recognized as a “Best Place to Work for LGBT Equality.” CareerBliss also ranked it #9 as being one of the happiest companies in America.