With Donald Trump as President, Here’s What Biotech M&A and Drug Pricing Could Look Like (and Renewed Takeover Interest for Tesaro and Sarepta 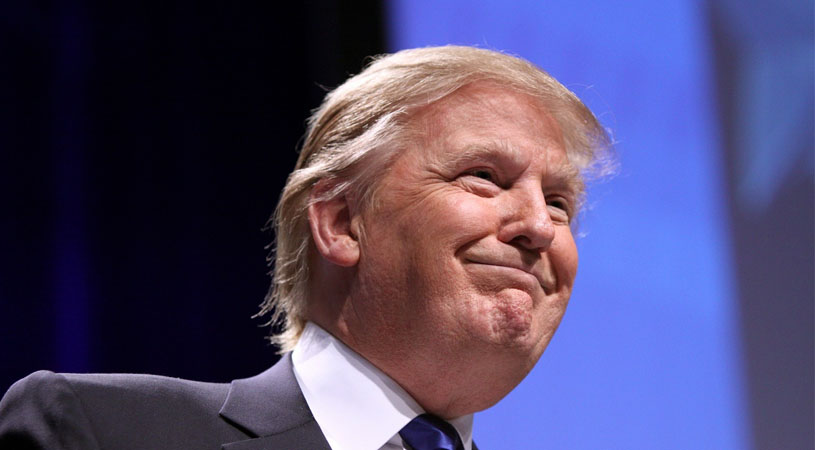 It’s still very early after Donald Trump was elected president of the U.S., but biopharma and healthcare are speculating on how his policies will affect their industries. Of note was that shortly after his election, worldwide stocks dropped significantly overall, but the Nasdaq Biotech Index rose about 9 percent, and then another 1.5 percent on Thursday.

Carl O’Donnell, writing for Reuters, argues that the reason behind this enthusiasm is related to Republican dominance in the election, who generally were less vocal about putting controls on drug pricing. Drug pricing was a moderately hot topic for Democratic presidential nominee Hillary Clinton, and an even stronger one for Bernie Sanders.

O’Donnell argues that Trump’s policies—in that anybody knows what they are actually going to be—could result in an increase in biotech mergers and acquisitions. “A potential influx of foreign cash and improved stock valuations under the Trump administration would likely boost dealmaking in the industry, which has been anemic ever since political rhetoric against high drug prices picked up late last year, industry analysts and investment bankers said.”

It’s not entirely clear why there would be an influx of foreign cash or improved stock valuations. Numerous economists believe that Trump’s economic policies are unrealistic and likely to have negative consequences, especially his trade policies. “If he wants to create jobs,” James Angel, an associate professor at Georgetown University’s McDonough School of Business told NBC News, “drying up international trade is not the way to do it,” noting that getting American products into the global market requires reciprocity with trading partners. “If all he does is walk away from all of our trade deals… that would do serious, lasting damage to the global economy as well as the very people he’s promised to help.”

In addition, when policies are uncertain—as they’re likely to be for at least the next two months—corporations tend to sit on their money, not invest it.

O’Donnell may be a lone voice in the wilderness on this perspective. President-elect Trump has said he plans to “repeal and replace” the Affordable Care Act, and Senator Mitch McConnell (R-Kentucky), Senate Majority Leader, had indicated that repealing the ACA is a top priority. But there is little if any information coming from the Trump camp on what the “replace” part of his plan might be. And his position on drug pricing isn’t particularly clear, either.

Sheryl Skolnick, an analyst with Mizuho, of the Trump and GOP election results, told Marketwatch that “the worst possible outcome for [health care] stocks is a reality, and that repealing the ACA would effective “virtually every sub-sector,” and “we have no idea what will replace it.”

If the ACA is repealed with no intelligent plan behind it, 20 million people will lose their health insurance. To say this will affect the biopharma market is an understatement.

Some healthcare investors, according to O’Donnell, think that companies like Tesaro  and Sarepta , will be of increased interest for a takeover. “It could also throw a lifeline to smaller biotech firms, which on average have only 11 months of cash left to finance their research, according to Thomson Reuters data, and have been hesitant to try to raise money during a weak equities market.”

One area that could be affected, for sure, is the likelihood of a Trump Administration changing the most recent U.S. Treasury Department rules over tax inversions. It was these rules that killed Pfizer (PFE)’s attempts to acquire AstraZeneca (AZN) and Allergan (AGN). Trump has indicated that he would work with Congress on giving U.S. companies a lower tax rate if they brought overseas cash back to the U.S. Congress hasn’t shown much interest—either party—in really changing the corporate tax policy much in this regard, but maybe it will now.

Adnan Butt, an analyst with RBC Capital Markets, told Reuters that biotech mergers and acquisitions “could accelerate if changes in the tax code support this trend by facilitating the repatriation of cash ‘trapped’ overseas for bigger biopharma companies.”

Trump has also suggested that he would allow cheaper drugs manufactured abroad to be sold in the U.S. That hardly sounds like a hands-off approach to drug pricing, and would likely make the U.S. biopharma industry and lobby sit up and take notice.