With $50 Million in Upfront Money, Takeda and Enterome Double Down on Crohn’s Disease 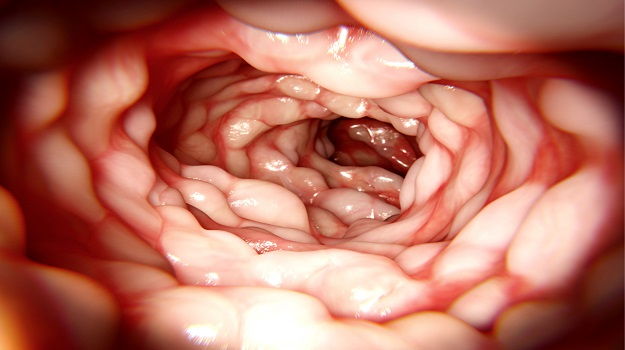 Two years after forging a partnership to collaborate on microbiome targets for gastrointestinal disorders, France-based Enterome SA and Takeda Pharmaceuticals have entered into a second agreement. This time with a specific focus on Crohn’s disease.

Takeda plunked down $50 million in upfront money and a promise of a near-future equity investment in the privately-held Enterome to co-develop that company’s lead product, EB8018, an inhibitor of FimH-mediated inflammation caused by pathogenic pro-inflammatory bacteria.

Gut bacteria has become a significant focus for many companies. The microbiome is the collection of trillions of microbes that live in and on the human body. In recent years, scientists have found that the microbiome plays a crucial role in many areas of human biology and disease.

Enterome and Takeda will co-develop EB8018 under the joint agreement. If approved, EB8018 will be co-promoted in the United States under a profit/cost-sharing structure. Takeda will receive an exclusive license to commercialize EB8018 outside of the U.S. and Enterome will be eligible to receive royalties on net sales generated in these territories. If those developmental, regulatory and commercial milestones are met, Enterome stands to gain up to $640 million as per this agreement.

Enterome Chief Executive Officer Pierre Belichard touted the new deal with Takeda and the approach to treating gut disorders – an area of focus for the Japanese company. If all goes well with EB8018, Enterome said the deal could expand to other gastrointestinal (GI) disorders and liver diseases.

“We believe we have a world-class partner in Takeda to deliver the best development and commercialization strategy for EB8018 based on their extensive expertise and focus in Crohn’s disease and GI disorders. We are very excited about the potential of EB8018 and look forward to deepening our relationship with Takeda as we advance this novel candidate through clinical development,” Belichard said in a statement.

EB8018, which was originally discovered by Vertex Pharmaceuticals, is a first-in-class, orally administered, gut-restricted small molecule that is designed to selectively disarm virulent bacteria in the gut that can cause inflammation without disrupting the local microbiome. Through the disruption of the inflammation, EB8018 can potentially reduce the production of inflammatory cytokines including TNF

EB8018 has already completed a Phase Ia trial, where the study results demonstrated that administration of EB8018 in the dose range examined was safe and exhibited minimal blood absorption. A Phase 1b study to evaluate safety, tolerability, pharmacokinetic profile and preliminary efficacy signals of EB8018 when given to patient volunteers with active Crohn’s disease is underway.

Asit Parikh, head of Takeda’s gastroenterology therapeutic area unit, said the company is continually exploring “diverse modalities” in the hopes of delivering medicines that can benefit the lives of people with GI disorders. Parikh said the company was excited about working with Enterome to advance EB8018 through clinical development.

For Takeda, the deal with Enterome strengthens the company’s product pipeline in gastroenterology, particularly with Crohn’s disease. Earlier this year, Takeda acquired Belgium-based TiGenix NV, a company it had forged a developmental bond within 2016, for Cx601 (darvadstrocel), a stem cell therapy for Crohn’s disease. The drug has been developed to treat complex perianal fistulas in patients with non-active/mildly active luminal Crohn’s disease, who have had an inadequate response to at least one conventional or biologic therapy.