Could an Intranasal COVID-19 Vaccine Be More Efficient and Effective Than Traditional Approach? 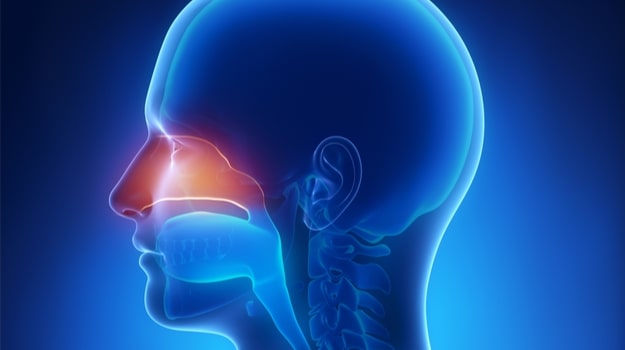 There are over 170 COVID-19 vaccine candidates at various stages of development, and all but a few of them take the traditional intramuscular approach.  But could intranasal delivery ease the logistical nightmare we face in exterminating the pandemic across the globe?

Dr. Honglin Chen, a professor in HKU’s Department of Microbiology, is one of the team’s leading scientists. He told BioSpace in an interview that the approach is based on their previous work in flu vaccines.

“All our data is based on influenza, and we have published some of those results in the scientific journals. Because with this platform we knock out the viral immune modulator – the non-structural gene-NS1 of influenza virus – so we consider that by doing it this way, the vector may induce better immunity,” Chen said.

There are considerable parallels with COVID-19 and the influenza virus.  Influenza and SARS-CoV-2 are both respiratory infections primarily with airborne transmission through the nose. Both conditions would be expected to benefit from the mucosal immunity in the nasal passages elicited by the intranasal application of a vaccine.

Chen added that due to the size of their program, they are not able to test as pervasively as they would like.

“Because of coronavirus, we shifted some of our manpower to this subject. We have a very small research group – we cannot compete with the big pharmaceutical companies or large groups. We cannot use multiple animals to test our method,” Chen acknowledged.

The collaboration is soon to be followed into the clinic by Maryland-based Altimmune, a clinical-stage biopharmaceutical company focused on developing intranasal vaccines and immune-modulating therapies.  Altimmune’s proprietary single-dose intranasal vaccine candidate AdCOVID, which is being developed in collaboration with the University of Alabama at Birmingham (UAB), is expected to enter Phase 1 human trials during the fourth quarter of 2020.

Altimmune Chief Scientific Officer Dr. Scot Roberts, Ph.D., explained the rationale behind this route in a way that seems almost too obvious.

“By administering it [the vaccine] through the intranasal route, we’re able to induce the special type of immunity called mucosal immunity…the idea of having mucosal immunity at the front line of where the virus finds its home in the host, just seems like a good idea,” Roberts said. “And now there’s an increasing amount of research [in animal models] showing that, in fact, if you really want to erase the virus in the nasal cavity, you need to use this intranasal route of administration that you can’t achieve with a muscle stick.”

Roberts referenced a study which reported that there were no signs of virus replication in the lungs of six SARS-Cov-2 positive rhesus monkeys pretreated with an experimental intramuscular vaccine developed by the University of Oxford. But the results were not as conclusive in terms of the nasal cavity, and Roberts believes this could lead to a dangerous misperception of immunity in vaccinated individuals.

“It’s pretty clear that the SARS-CoV-2 virus that causes COVID-19 enters through the nose, but also replicates in the nose. The nose is the reservoir for the infection. So if you eradicate the entry, you also eradicate the replication in the nose which is also the point of transmission. In some of the studies, while they protected the animal against pneumonia, they did not eradicate or sterilize the infection in the nose. So consequently, those animals are susceptible to either reinfecting themselves or reinfecting other animals,” Roberts said.

Dr. Michael Diamond, Professor of Medicine and Infectious Diseases at Washington University School of Medicine in St. Louis, is a senior author of the recent significant study. The results showed a more widespread immunity in mice with an intranasal vaccine than intramuscular injection.  Diamond emphasized the importance of a high level of vaccine efficacy.

“When we did this in the mouse, [intranasal delivery] we were able to see really strong protection as we saw with the intramuscular route against the lung disease. In fact, it was better. We didn’t see any replication at all in the lung. But also, we saw very little if any replication in the upper airway. And so it was protected at the site of infection which of course would be important for protecting spread,” Diamond said. This is important because we anticipate that, in the US…if you look based on surveys, probably 50% of the people might not take a vaccine.”

Altimmune is optimistic about positive efficacy and safety results in the upcoming Phase I study, owing to the solid safety profile of their NasoVAX influenza candidate, which is based on the same platform technology. NasoVAX displayed potent stimulation of mucosal and cellular responses, as well as a robust serum antibody response.

Roberts pointed out a couple of the challenges with intramuscular vaccine candidates, which could be overcome with the intranasal method.

“We want to talk about the stability and storage temperature.  It was buried in the background for a long time, but as these things are getting closer to commercialization now, we’re starting to find out that you have to ship them on dry ice, and facilities need ultra-low freezers which only research institutions like hospitals and laboratories have. CVS is not going to have it, your doctor’s office is not going to have it,” Roberts said.

Roberts then compared two scenarios where healthcare workers are trying to immunize hundreds of millions – and next year, billions – of people with the traditional intramuscular vaccine versus the intranasal one.

“When you compare it to injections which require an experienced health care worker, needles, syringes and the vaccine all in the same place at the same time – that’s what’s called a logistical nightmare. That’s what you’re looking at with the current vaccines – two doses and intramuscular injections...compare that to ours which will be a pre-filled syringe, administered right in the nose. It could be self-administered. It’s simple,” Roberts said.

These logistical factors loom even larger when considering the scenario on the ground in developing nations with less infrastructure.

When compared to the intramuscular approach, intranasal vaccine candidates have some challenges of their own.

“One of the key questions that we need to address is: what is the appropriate best optimal formulation to have this adenovirus vaccine delivered intranasally in humans?” asked Diamond.

At the current time, this is a much lesser traveled path to the vaccine, due largely to the fact that companies just haven’t done the requisite research in intranasal and mucosal approaches.  As well as the fact that human nature resists change.  Getting a shot in the arm to prevent disease just makes sense to us.

But if the results continue to add up in this direction, intranasal delivery could just be the vehicle by which we finally vanquish COVID-19.