What’s Going on With the Biosimilar Market? 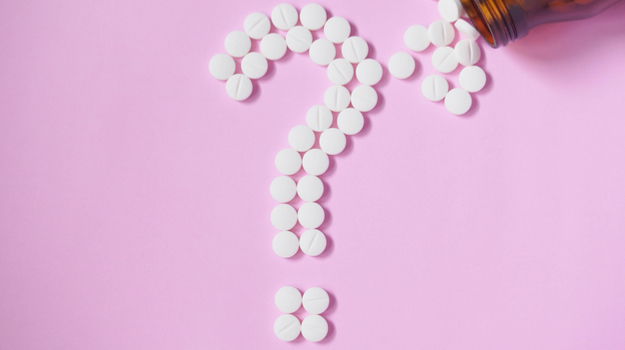 Broadly speaking, biosimilars are generic versions of biologic drugs. Although not direct copycats, they are “similar,” and as such, require approval processes similar to those of new branded drugs.

Although a moderate presence in Europe, with about 25 biosimilars approved and on the market, they haven’t gained traction in the U.S. Even though at least 11 have been approved in the U.S., only about three are available, largely because of business tactics branded drug companies are using to slow down the competition to their typically very high-priced biologic drugs.

The U.S. Food and Drug Administration (FDA) even introduced a Biosimilars Action Plan in July to encourage the development of biosimilars. FDA Commissioner Scott Gottlieb indicated that although biologics account for 40 percent of total spending on prescription drugs, less than two percent of Americans use them. Biologics also represent 70 percent of the growth in drug spending from 2010 to 2015.

He also complained that the competition for biosimilars was “anemic because consolidation across the supply chain has made it more attractive for manufacturers, Pharmacy Benefit Managers, Group Purchasing Organizations and distributors to split monopoly profits through lucrative volume-based rebates on reference biologics—or on bundles of biologics and other products—rather than embrace biosimilar competition and lower prices.”

But, even though the FDA is trying to encourage biosimilar development and adoption in the U.S., there appears to be at least a mini-trend of bigger pharma companies moving away from biosimilar production.

The Regulatory Affairs Professionals Society (RAPS) noted in their Regulatory Focus, that in the last month, three companies have “exited the biosimilar space in one way or another.”

Sandoz, the generic drug division of Novartis, stopped its submission for biosimilar rituximab after the FDA asked for more information. Stefan Hendriks, Sandoz’ global head of biopharmaceuticals, stated that he thinks that the market for rituximab “will be satisfied before we can generate the data required.”

He was likely referring to the approval of Celltrion and Teva Pharmaceutical’s rituximab biosimilar. And Pfizer also has a decision pending for its biosimilar for rituximab in the second quarter of next year.

Oncobiologics, which is changing its name to Outlook Therapeutics, recently stopping development of biosimilars for bevacizumab and adalimumab.

Is this a trend or a blip?

At least one pharma expert, Sarfaraz Niazi, who in 2014 wrote the Handbook of Biogeneric Therapeutic Proteins, thinks so. Largely, he bases that on the history of generic drugs. “This is history repeating from the generics era,” he told BioProcess Insider. “There are so many ways to cut the cost of development and cost of manufacture but because of their mindset and design, Big Pharma cannot do this. They can certainly change both but that requires a monumental shift.”

And, essentially, when generic prices plunged, most big pharma companies abandoned generics. And one can see—maybe—how pharma companies observing how difficult it is to gain traction in the U.S., how expensive biosimilar development can be, and how persistent branded-drug manufacturers are in litigating biosimilar competitors, that biosimilars may be more trouble than they’re worth.

Niazi argues that while there are big profits in biosimilars, they’re sustainable. “I have projected,” he tells BioProcess Insider, “that once the prices fall to below 60 percent of the current prices, it will no longer be feasible for the Amgens and Pfizers to stay in this market for long.”

He also thinks that will be compounded when companies from India and maybe China begin producing biosimilars at significantly lower costs. “Every monoclonal antibody regardless of its use costs about $150 to $200 per gram. This price will drop by another 50 percent once the Indian and Chinese companies start getting approvals; at this stage,” he says, “the prescribers will become redundant and payers will take over.”

And the Sandoz, Boehringer Ingelheim and Oncobiologics pullbacks are only the most recent. In 2017, Merck KGaA, Darmstadt, Germany, divested its biosimilars business to Fresenius for $195 million up front. And in November, U.S.-based Merck & Co. (a different company than Merck KGaA) abandoned its Lantus (insulin glargine) biosimilar program after evaluating the anticipated pricing and production costs.

Niazi believes big pharma will give up on biosimilars, but smaller niche companies will fill in the hole. It’s possible he’s biased about that, since he founded a biosimilar development company, Karyo Biologics, earlier this year.

Despite the apparent gloom and doom, Merck & Co, Sandoz, Pfizer and Amgen all told BioProcess Insider that they didn’t intend to abandon the biosimilar space.

Amgen’s director of corporate communications, Kelley Davenport, for example, told BioProcess Insider, “While we can’t comment on our strategy, with 10 biosimilars in our portfolio, Amgen remains committed to its biosimilars program.”

So maybe biosimilars, at least in the U.S., are in a transitional period, where big pharma and small niche companies will compete for limited market resources—not unlike generic companies. Not all will survive or decide the market is worth the decreasing profits or regulatory headaches.

One thing is certain, though. If a biologic is a big seller, companies will take aim at biosimilars. The world’s top-selling drug, AbbVie’s Humira, is the target for the most biosimilar competition. Seven companies have settled lawsuits with AbbVie to wait to launch their biosimilars to the drug until 2023 in the U.S., and Boehringer Ingelheim may be the eighth. In Europe, four have already launched, and some discounts are as high as 80 percent in some of the Nordic markets.

Rick Gonzalez, chief executive officer of AbbVie, told RAPS, “The discounting is coming in 10 points higher than what we would’ve anticipated.” AbbVie expects to lose about 25 percent of Humira sales in Europe and internationally in 2019 as a result of the competition.