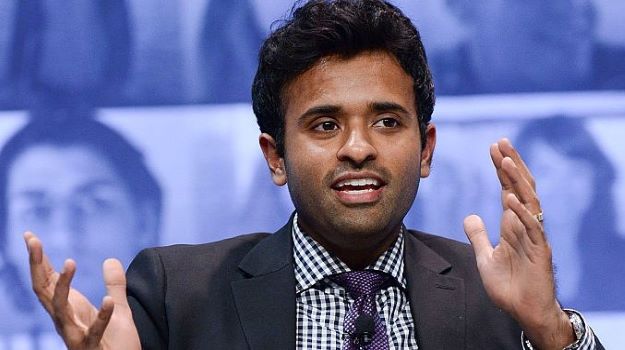 Not content to make money and drugs, Vivek Ramaswamy is out to roil the waters of politics and business with the publication of a book, Woke, Inc.: Inside Corporate America’s Social Justice Scam. The book is being released on August 17 and has a tagline, “A young entrepreneur makes the case that politics has no place in business, and sets out a new vision for the future of American capitalism.”

“Woke,” is defined as “alert to injustice in society, especially racism.” The Oxford English Dictionary added it in 2017, with “originally: well-informed, up-to-date. Now chiefly: alert to racial or social discrimination and injustice.”

As iNews in the UK noted, “It has become a common term of derision among some who oppose the movements it is associated with, or believe the issues are exaggerated. It is sometimes used to mock or infantilize supporters of those movements.”

Ramaswamy’s book argues that “the modern woke-industrial complex divides us as a people. By mixing morality with consumerism, America’s elites prey on our innermost insecurities about who we really are. They sell us cheap social causes and skin-deep identities to satisfy our hunger for a pause and our search for meaning, at a moment when we as Americans lack both.”

Vivek Ramaswamy burst onto the biotech scene in 2014 when the then 29-year-old spun Roivant Sciences out of Axovant Sciences. At the time, the former hedge fund manager who brought a lot of good looks, charm and $400 million to the table, was intent on revolutionizing the biotech industry. His strategy was to buy up drugs that had been abandoned by other companies for pennies on the dollar and attempt to give them new life.

This approach had a spectacular failure early on when Axovant’s intepirdine for Alzheimer’s disease failed in September 2017. Ramaswamy had acquired the abandoned drug from GlaxoSmithKline for $5 million.

GSK had given up on the drug after four failed trials, but Axovant thought it could be repurposed for mild-to-moderate Alzheimer’s. However, the MINDSET clinical trial of 1,315 Alzheimer’s patients on a stable background therapy of donepezil (Aricept) failed to hit the co-primary efficacy endpoints, failing to demonstrate any improvement in cognition or measures of activities of daily living at 24 weeks.

Ramaswamy has had successes since then, although the cast-off-drug approach doesn’t appear to be the basis of it. Roivant Sciences is the umbrella company for a slew of Vants, such as Axovant, Myovant, Datavant, etc., which focus on a single disease state.

In September 2019, Roivant sold ownership of five of the Vants to Japan’s Sumitomo Dainippon Pharma for $3 billion. Sumitomo Dainippon acquired an equity stake of more than 10% of Roivant shares and had an option to buy up to six more Vants and gain access to Roivant’s proprietary technology platforms, DrugOme and Digital Innovation. The Vants in the deal were Myovant Sciences, Urovant Sciences, Enzyvant Therapeutics, Altavant Sciences and Spirovant Sciences, a new company focused on developing gene therapies for cystic fibrosis.