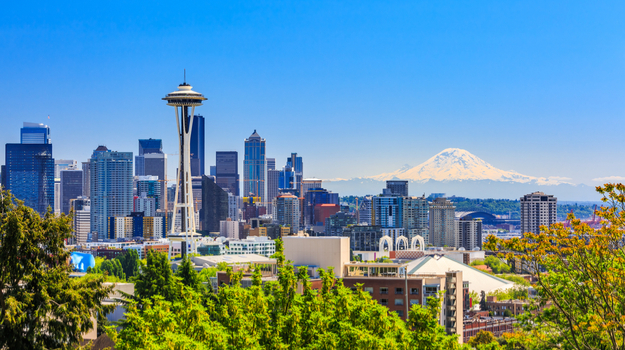 Vilya, Inc. broke onto the BioForest biotech scene Monday with $50 million in Series A proceeds. The company will use cutting-edge computational techniques to develop innovative drugs for difficult-to-treat diseases.

Vilya’s proprietary platform leverages sophisticated machine learning algorithms to design therapeutic peptides that can cross the cell membrane. The Series A round was led by ARCH Venture Partners, which co-founded Vilya alongside a team of research scientists from the University of Washington’s Institute of Protein Design (IPD), led by David Baker, Ph.D.

Compared with small-molecule medicines, peptide drugs can often seek out their targets more precisely, address more complex conditions and cause fewer side effects. However, one major drawback to peptides is that they are often too bulky to enter cells, making them unable to reach many high-value drug targets.

In a paper published in the journal Cell, Baker and his team demonstrated that their computational methods can design membrane-permeable peptides. In particular, by tweaking the peptide’s structure so that it is less likely to accrue water molecules, the IPD team was able to synthesize compounds that could easily pass through the cell’s lipid membrane.

In their experiments, the researchers used machine learning algorithms to design more than 180 peptides, of which 84 successfully crossed lab-based membranes. The IPD scientists showed that not only could their peptides cross gut epithelial cells into the bloodstream but also that these compounds could reach their destination cells even when given as oral treatments in mice.

Baker is the primary investigator of the Cell study, while first author Gaurav Bhardwaj is an IPD faculty member and a co-founder of Vilya.

The Latest Addition to the BioForest

Vilya is the IPD’s latest spinout and the newest biotech to sprout in the BioForest region of Washington and Oregon, which is quickly growing into a veritable biopharma hotbed.

Seattle-based Sana Biotechnology launched in 2019 to deliver engineered cells as medicines. Since then, the company has grown in the gene and cell therapy space and raised $587.5 million in an IPO. Baker is a scientific co-founder of Sana and remains an adviser to the company.

Sana’s core technology is its hypoimmune platform, an ex vivo method of producing cells that can hide from a patient’s immune system, allowing for allogeneic cell transplants without immunosuppression.

Alongside Vilya and Sana is Icosavax. After spinning out from the IPD in 2017, the company’s computationally-designed virus-like particle (VLP) technology earned it nearly $210 million in its 2021 IPO. In March, the company reported its VLP COVID-19 vaccine could not distinguish itself from a human convalescent sera control, leading to a massive dip in shares. In June, Icosavax announced positive Phase I/Ib interim data for its respiratory syncytial virus vaccine in adults.