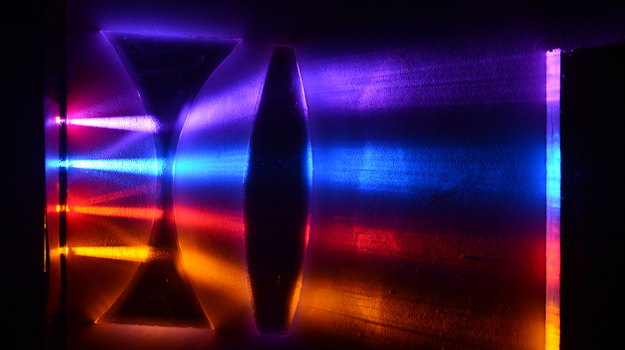 Researchers at Johns Hopkins University, the University of California, San Diego (UCSD), and the National Institute of Mental Health grew retinas in Petri dishes, and discovered fundamental factors involved in the development of vision and color vision. Their research was published in the journal Science.

Kiara Eldred, a graduate student at Johns Hopkins University, told The Washington Post how she grew thousands of stem cells, stimulating them into developing into the retina. The retina is the part of the eye that collects light and translates it into the signals that the brain interprets as vision. “After two weeks of painstaking cultivation, those cells typically generate 20 to 60 tiny balls of cells, called retinal organoids. As they mature, these nascent retinas get dirty and slough off lots of cells, so they also need to be washed off when they’re fed every other day—at least for the first month and a half.”

After about nine months, Eldred has a crop of tiny human retinas that responded to light. The research teams then used these mini-retinas to understand better how color vision develops.

Steven Becker, a researcher at the National Eye Institute, told National Public Radio (NPR), “It’s important that we understand how nature controls the development of the retina so we can understand better why things go wrong in disease and how we can treat them.” Becker was not involved in the research.

In the human fetus, the researchers knew that the first retinal cells, cones, to develop are those that detect blue light. They are followed by the cells that detect red, then green light. One of the key findings was that the thyroid hormone was involved in the development of the cones.

“I added thyroid hormone to the dish during their development, and we got more red-green cones developing in those organoids,” Eldred told NPR. “We got really excited because we were on to something.”

It took several years to confirm that it was the thyroid hormone triggering the development of color vision. And the research has yet to determine what causes some of those cones to specialize further to detect only red or only green.

Bob Johnson, an assistant professor in the biology department at Johns Hopkins, and Eldred’s boss, told NPR they have several new goals. “One is to restore color vision to people that are colorblind.” Their research may someday pave the way for a gene therapy. The second goal is to use the retinal organoids to better understand other retinal diseases, such as glaucoma and macular degeneration.

“The ideal goal,” Johnson told The Washington Post, “would be to take a person’s cells, convert them into stem cells, and then reprogram them and put them back in the person and treat whatever the disease is.”

That’s likely quite a ways away. However, there is already a gene therapy on the market for a form of blindness. In December 2017, the U.S. Food and Drug Administration (FDA) approved Spark Therapeutics’ Luxturna (voretigene neparvovec) for a rare, genetic form of blindness, confirmed biallelic RPE65 mutation-associated retinal dystrophy. The disease can lead to vision loss and may cause complete blindness in certain patients. It comes with a startling—or perhaps we should say eye-popping—price tag of $850,000 for both eyes.

However, as Steve Miller, chief medical officer of Express Scripts told CNBC, “The product is just phenomenally innovative, and we’ve been talking about gene therapy for over 20 years. We’re now at the threshold of having gene therapy reaching patients.”

For people who are colorblind, a treatment may not be that far off.