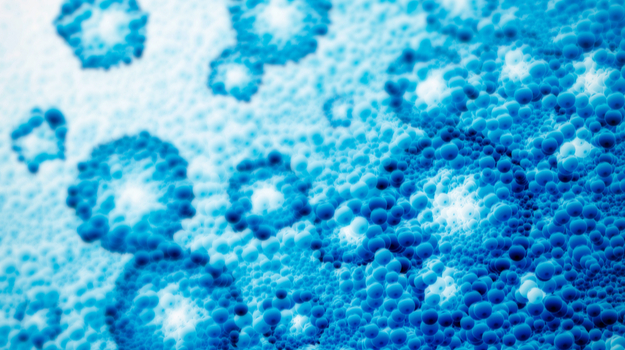 Aside from chemotherapy, radiation, surgery and now immunotherapy to kill cancer cells, researchers have investigated using heat, or hyperthermia, to kill tumors. Naturally, it’s not as simple as applying a hot object to a tumor. New approaches include heating tumors by injecting nanoparticles that can heat up when a magnetic field is applied.

Researchers at Oregon State University recently improved on a technique using magnetic nanoclusters. These nanoparticles are one-billionth of a meter in size, but once injected into a tumor, they are then exposed to an alternating magnetic field (AMF). This causes the nanoparticles to hit temperatures exceeding 100 degrees Fahrenheit, killing the cancer cells. Their research was published in May in the journal ACS Nano.

“There had been many attempts to develop nanoparticles that could be administered systemically in safe doses and still allow for hot enough temperatures inside the tumor,” stated Olena Taratula, associate professor of pharmaceutical sciences at OSU. “Our new nanoplatform is a milestone for treating difficult-to-access tumors with magnetic hyperthermia. This is proof of concept, and the nanoclusters could potentially be optimized for even greater heating efficiency.”

Nanoclusters are exactly that, clusters of nanoparticles. In this case, they are hexagon-shaped iron oxide nanoparticles treated with cobalt and manganese that are then transported via biodegradeable nanocarriers.

Other studies have shown that magnetic hyperthermia at moderate temperatures makes cancer cells more susceptible to chemotherapy, radiation and immunotherapy.

The researchers, Olena and Oleh Taratula, worked with mouse models of ovarian tumors that had been grafted beneath the skin of the mice. To move forward with the research, Olena Taratula indicates they will need to use animal models where the tumors will be inside the animals where they would actually be in the body.

The authors stated in the article, “Despite its promising therapeutic potential, nano-particle-mediated magnetic hyperthermia is currently limited to the treatment of localized and relatively accessible cancer tumors because the required therapeutic temperatures above 40° C can only be achieved by direct intratumoral injection of conventional iron oxide nanoparticles. To realize the true potential of magnetic hyperthermia for cancer treatment, there is an unmet need for nanoparticles with high heating capacity that can efficiently accumulate at tumor sites following systemic administration and generate desirable intratumoral temperatures upon exposure to an alternating magnetic field (AMF).”

This is similar work to what was being conducted by Angl Apostolova and colleagues from the University of Architecture, Civil Engineering and Godesy in Sofia, Bulgaria. They studied magnetic hyperthermia using several nanoparticles of iron oxide (ferrite) which included tiny amounts of copper, nickel, manganese or cobalt atoms, which is called doping. They published their work in the journal, The European Physical Journal B.

They studied their approach in both mice and cell cultures, evaluating two different heat-generating methods, direct and indirect. One of their surprising findings was the absorption rate increased as the diameter of the material increases—which does sound completely nonintuitive. They found that as long as the doping level was high enough and the diameter of the nanoparticles didn’t exceed 14 nanometers for cobalt and 15 nanometers for copper, the absorption rate increased as the particle diameter increased.

Hyperthemia therapy appears to work if the nanoparticles are absorbed well enough by the cancer cells but not by healthy tissue. The two different methods studied were related to how the heat is actually generated.