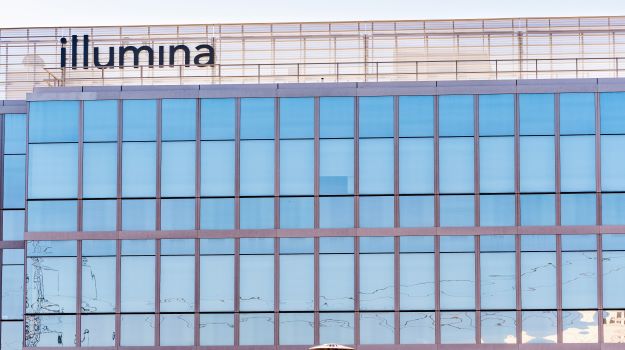 European regulators vetoed Illumina’s $7.1 billion acquisition of Grail on Tuesday, forcing Illumina to divest the biotech less than one week after a US judge ruled against an FTC challenge, Reuters reported.

The European Commission (EC) stated the merger would stifle innovation and competition in the Next-generation sequencing (NGS) market, and that Illumina's recent attempts to address those concerns were not enough. In a statement, the EC also said a merger would have given Illumina too much power in the market, as other companies use the company's NGS systems technology.

"Our investigation showed that the proposed remedies would not have been effective in practice, and they would be very easy to circumvent," said EU antitrust chief Margrethe Vestager at a press conference.

In August 2021, Illumina completed the acquisition against the advice of the EU. In response to Tuesday's decision, Illumina stated it would challenge the EU's decision.

The FTC originally filed a lawsuit in March 2021 to halt Illumina’s $7.1 billion acquisition of its former subsidiary, Grail. It alleged the acquisition would inhibit innovation for genetics-based cancer tests. On Thursday, the ALJ ruled for Illumina, rejecting the FTC’s position that the deal was anti-competitive.

“As we’ve stated from the outset, this transaction is procompetitive, will advance innovation, lower healthcare costs and save lives,” said Charles Dadswell, SVP and general counsel of Illumina, in a statement.

In 2020, Illumina announced plans to buy Grail, which it founded in 2016. Grail was later spun out as a standalone company, but Grail’s cancer testing technologies still depend upon Illumina’s gene sequencing platforms. Both the U.S. and European Union regulatory agencies viewed the reacquisition of the company as an antitrust issueoth the FTC and European Commission (EC) filed complaints.

After Illumina wrapped the acquisition of Grail in August 2021, the FTC promptly sued the larger company to halt the deal. In October 2021, the EU ordered Grail to remain separate and be operated by independent managers in order to gain approval.

The regulators argued that Illumina was the dominant DNA sequencing manufacturer for multi-cancer early detection tests. Grail utilizes those sequencers for its so-called “liquid biopsy” multi-cancer assay technologies. The FTC claims that by buying Grail, Illumina would have no incentive to sell DNA sequencers to Grail’s rivals. The FTC additionally argued that Illumina would have incentives to raise its prices.

For its part, Illumina argued Grail’s rivals could buy sequencers from other companies, such as BGI Group, a Chinese company that began selling sequencers in the U.S. on Aug. 29.

“The news is the first positive development on the Illumina-Grail merger after a series of negative developments in the E.U., where the E.U. General Court ruled against Illumina in the jurisdiction case and the EC filed a Statement of Objection,” said SVB Securities Analyst Puneet Souda in a note provided to BioSpace. “We don’t expect today’s decision has any bearings on the EC’s decision, which is expected on Sept. 12. We continue to see regulatory uncertainty surrounding the Grail acquisition.”

In August, Illumina and BGI Group’s MGI Tech Co. and Complete Genomics settled a U.S. lawsuit over their DNA sequencing technology. Illumina agreed to pay $325 million to end the suit after jury verdicts in patent cases in California and Delaware. The settlement also resolved a pending antitrust suit brought by BGI affiliates against Illumina in California.

In its statement, BGI noted, “The parties also agree to a three-year period of peace with respect to claims of U.S. patent infringement and violations of any antitrust or unfair competitive laws of the United States, during which time they will not sue each other or respective customers in the United States or accrue liability for existing platforms.”

Other patent litigation between the companies is ongoing in Germany, Denmark, Switzerland and Turkey.

Grail has recently inked a number of strategic collaboration deals. In June, it partnered with AstraZeneca to develop and commercialize companion diagnostic assays for use with AstraZeneca therapeutics. In May, Grail announced Intermountain Healthcare had expanded their partnership and would be using Galleri, Grail’s multi-cancer early detection blood test. And in December 2021, Grail partnered with Alignment Health Plan, a national Medicare Advantage health plan from Alignment Healthcare, to provide its Medicare Advantage members access to Galleri.