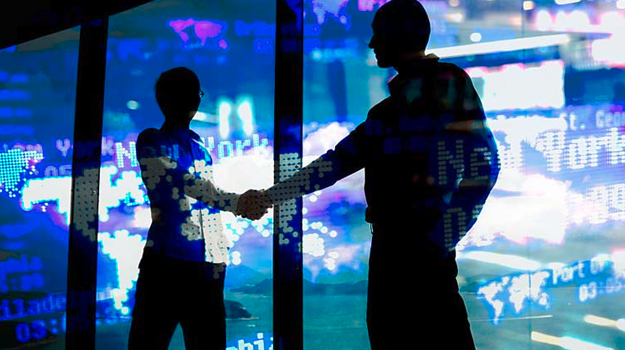 Four months after Jeff Huber stepped down as chief executive officer of GRAIL, Inc. the company has tapped his replacement. Jennifer Cook, currently the head of clinical operations in product development for Roche, will take over the reins of the company on Jan. 2, 2018.

Cook will take over from GRAIL’s Chairman of the Board Bill Rastetter, who has been serving as interim-CEO since Huber stepped down. Rastetter praised Cook as an outstanding leader with a wealth of experience in the life sciences industry. He said she has a talent for “bringing out the best in people” as well as for “strategic development and commercialization of product portfolios.”

Cook started her career at Genentech in early-stage research and then held a number of other positions within the company, including head of the company’s U.S. business unit for immunology and ophthalmology. In her current role at Roche, Cook manages a clinical trial portfolio of more than 400 trials with 100,000 participants.

Cook said in a statement that she was excited about joining GRAIL.

“GRAIL has made great progress in the two years since its formation. I am excited to join the team as the company moves into a pivotal year when it is poised to start delivering insights from its clinical studies and begin commercialization,” Cook said in a statement.

Last year, Cook was named the 2016 Woman of the Year by the Healthcare Businesswoman’s Association. She earned the honor for embodying the “leadership, business acumen and commitment to inclusion” in the industry, the HBA said last year.

In addition to being named CEO, Cook will also serve on the company’s board of directors alongside Rastetter and Huber, who remained on the board after stepping down as CEO.

Grail launched in January 2016 with the idea of creating a “pan-cancer” screening test able to diagnose cancer at an early stage prior to symptoms. The technology measures circulating nucleic acids in blood, which Huber said provides a greater opportunity in detecting cancers early as opposed to searching for cancer biomarkers. Finding cancer biomarkers is complicated due to the complexity of cancer cells, which can rapidly mutate.

GRAIL said it is building capabilities in Asia to develop tests for the early detection of cancers prevalent in the region. Based on the company’s collaboration with The Chinese University of Hong Kong, the first product will be launched in 2018 and will be a screening test for the early detection of nasopharyngeal cancer, the company said. Nasopharyngeal cancer is a type of cancer located near the upper throat and behind the nasal cavity. It has the highest incidence in middle-aged men in Southern China and Southeast Asia. The test will initially be launched in Hong Kong and subsequently other parts of Asia where nasopharyngeal cancer is prevalent.

GRAIL said it remains focused on enrolling its two large studies -- the Circulating Cell-free Genome Atlas (CCGA) Study and the STRIVE Study. The company anticipates starting to deliver insights from CCGA in 2018.

In addition to naming Cook as CEO, the company also announced the appointment of Catherine Friedman and Min Cui to its board of directors.