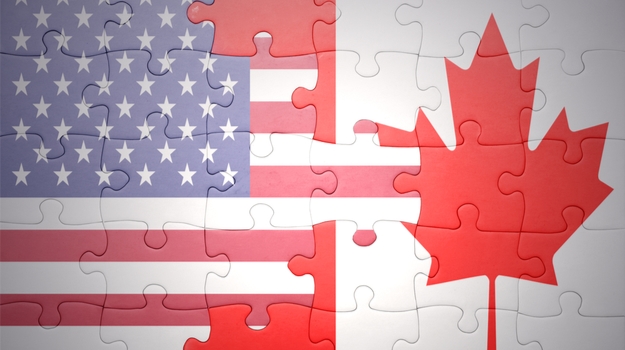 As reported yesterday, the Trump administration is evaluating proposals to allow consumers to buy drugs legally from Canada. Today, their efforts became more official, although perhaps no more detailed, as the U.S. Department of Health and Human Services (HHS) announced their intentions.

“We all know how unfair it is that other countries are paying lower prices for the same drugs, and we’re taking action,” stated HHS Secretary Alex Azar. He emphasized that this is a significant shift in HHS’s stance around importing drugs. Before, he stated, “the door was closed. But what we’re saying is, ‘Here’s the criteria, here’s the roadmap. Work with us, convince us that you have a game plan that could work.’”

It's not clear who Azar is referring to here, since Canada has made it clear they’re opposed. On July 18, it was reported by Reuters that Canada is opposed to any U.S. plans to buy Canadian prescription drugs because the country fears it will threaten its own drug supply or raise costs for its own people.

Azar said today that the Trump administration will consider new rules that would allow states, pharmacies and other parties to bring drugs from Canada as part of pilot projects. In addition, the U.S. Food and Drug Administration (FDA) might allow manufacturers to import the U.S. version of their drugs that they sell internationally.

At this time there appears to be no timeline for the rules changes and not all drugs would quality. For example, insulin for diabetes, which has drawn recent criticism over its high price, would not be eligible for importation under at least one of the outlined proposals. And even if the rules did change to allow it, it might not be available for years because of a lengthy rulemaking process.

Rachel Sachs, an associate law professor at Washington University, told CNN, “It is a plan to make a plan.”

Although drug prices and accessibility are a constant topic in the U.S., it’s very much a hot-button issue during recent election years. Earlier this week, Democratic presidential hopeful Senator Bernie Sanders (I-Vt.) drove across the border from Detroit, Michigan to Windsor, Ontario with a group of diabetic patients planning to buy inexpensive insulin in Canada. Sanders was in town for last night’s Democratic debate.

The charter bus trip was organized by members of advocacy group Insulin4All. Sanders told the group, “We should be doing what the Canadians do, and that means sitting down with the drug companies and negotiating a price.”

Overall, Sanders appears to be supportive of being able to import drugs from Canada, a rare spot of agreement between Sanders and the Trump administration. “I believe we should be able to import into the United States from Canada, and from other countries, FDA-approved medicine, which would substantially lower prices.”

The GOP typically is opposed to the importation of drugs and other countries. President Trump has placed decreasing drugs a priority for his administration, although at two-and-a-half years into his term, no significant changes have been made, but with the 2020 election heating up, he’s making another effort.

In fact, Azar has traditionally been opposed to importation, once calling it a “gimmick.” Now, Azar said, “What we’re saying today is we’re open,” referring to a proposed rule, which needs to be finalized. “There is a pathway. We can be convinced.”

A minimum of 10 U.S. states, including Florida, have passed or proposed legislation that would allow these types of imports, but actual shipments are illegal without federal approval.

Opposition to the importation plans typically revolve around safety and doubts as to whether it will actually mean decreasing prices, as there’s nothing preventing Canadian or other countries from increasing the prices of drugs imported to the U.S. Both HHS and FDA have expressed concerns over how to monitor imported drugs for safety. It’s also worth noting that bills to legalize importing of drugs passed in 2000 and 2007 but expired when both the Clinton and Bush administrations failed to certify drugs’ safety. The Obama administration also raised safety issues in opposing an importation portion of the Affordable Care Act.

The safety issue in terms of Canadian imports doesn’t have complete validity, since most of the drugs that would be imported from Canada are actually originally manufactured in the U.S. They’re just cheaper in Canada because of the country’s review board and price negotiation policies.

“We recognize there are operational challenges and questions that we need to overcome before these policies can be implemented,” stated FDA Commissioner Ned Sharpless.