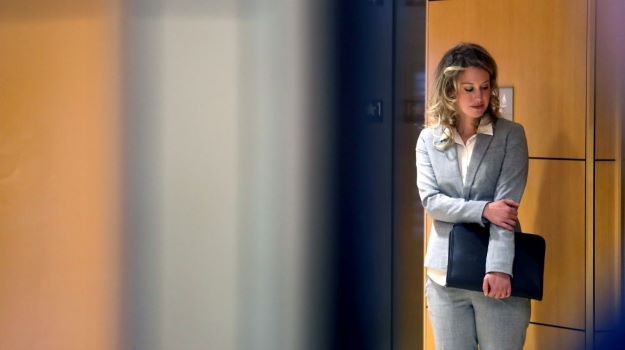 When Theranos was formed in 2003, it promised to be the end-all and be-all of medical testing, a one-stop diagnostic shop from a single finger-prick of blood. What it actually did, as the world now knows, was perpetrate fraud on a massive scale, fooling its board of directors, investors and – worst of all – the physicians and patients who trusted the company to deliver accurate test results.

There were multiple points along the way, however, where the company could have saved itself. Whistleblowers Erika Cheung, co-founder of Ethics in Entrepreneurship and Tyler Shultz, author of “Thicker Than Water,” a book detailing the bullying, gaslighting and corruption that occurred at Theranos, discussed these points and their experiences during the recent 2022 American Association of Clinical Chemistry (AACC) Annual Scientific Meeting & Clinical Lab Expo.

At the root of it all, Shultz said, “The media failed (to ask probing questions). The founder, Elizabeth Holmes, preyed on people who wouldn’t hold her accountable. The board fawned on her, and she raised $1 billion in capital without investors ever seeing an audited financial statement.”

Culture of Openness is Key

Transparency was absent at Theranos. Its lack was an early indication that something could be amiss. “There was so much siloing and secrecy that you never had the full picture of what was going on,” Cheung said. “You didn’t know what the right thing was…and you didn’t know how to ask the right questions. That was intentional.”

At one point, Cheung, who worked in the clinical lab testing patient samples, was sending reports to Shultz, who was on the validation team. “Sunny (Balwani, president and COO of Theranos) came in and said no one was allowed to talk with anyone outside their own department. Later, they moved the lab to a separate building. Clinical lab personnel had to stay in their office to review the data and weren’t allowed into the lab with the Theranos machines until they could be trusted. We had to sign non-disclosure agreements when we interviewed, during our employment and at the end, not because of fears of competition, but because Theranos feared its employees. That’s a red flag.”

Also, Cheung said, “There was extremely high turnover,” so there were a limited number of people who truly understood what was going on. “There was a concerted effort to ensure people were controlled and that the decision-making power was at the top.”

Company executives contributed to the confusion. Early on, when she approached the COO about the (often) twice-daily quality control failures, she was discredited as unqualified to make such determinations. Other concerns also were dismissed. “I was 22, but I knew that when we made an error on patient samples, we didn’t tell the patients or ask for redraws," Cheung said. Rather than be complicit, she left the company.

For Shultz, the breaking point came during the process of validating known syphilis samples. Despite getting 65% correct in the first run and 80% correct in a second run, the validation report claimed 95% specificity. “The statistics team said it passed its qualifications and medical doctors signed off, saying they were going to start testing real patients for syphilis,” he recalled.

In discussing this with Daniel Young, a VP, Shultz said he was told, ‘We want to report 95% specificity, so we expand the (clinical) zone (so that certain samples no longer count in the sensitivity calculation) until we get 95% sensitivity.” Upon submitting his resignation, Shultz said he was called “patronizing, ignorant, reckless and (accused of) having no understanding of the basic math or science.” Eventually, a Wall Street Journal reporter reached out to Shultz, resulting in a meticulously detailed and vetted exposé.

Listen to Feedback from All Employees

For Cheung, “Going through the process and aggregating the evidence made it easier for me to say ‘this is the real situation.’” She kept meticulous documentation regarding such details as whether the quality control tests were passed, whether they were documented, whether the people running the tests were properly trained, etc. “At the end of the day, I wanted Theranos to stop processing patient samples. We can’t be experimenting on the public,” she said.

Executives chose to ignore concerns, Cheung stated. Instead, Schultz said, “We saw feedback loops where those who spoke up were punished. Therefore, you get what you screen for, and end up with people who are willing to just do what they are told to do.”

Cheung eventually realized she could alert regulators to her concerns and trigger an investigation.

Now, she advises executives to listen to employees when they express concerns, even when it means hearing uncomfortable truths, and when addressing those concerns means missing deadlines.

Recruit an Independent Board

While Cheung was going through this, Shultz was expressing his concerns to Holmes and to his grandfather, board member and former U.S. Secretary of State, George Shultz. They were dismissed.

The composition of the board was part of the problem. It was top-heavy with former political and military luminaries, and only two with any medical experience. As such, they could not probe the details of the technology.

That was compounded by their willingness to get all their information from Holmes. In that regard, they appeared to accept what they were told. “I specifically remember my grandfather telling me (the Theranos instruments) were in medivac helicopters, but that couldn’t possibly be true because they were barely working inside Theranos,” Shultz said.

It's important, therefore, for boards to seek out information from multiple sources. That includes, he said, “a way for people like me to talk with the board and follow up on any complaint.” As it was, instead of the board identifying and addressing problems within the company, “Theranos was exposed by the ‘break glass in case of fire’ option. That is not the way it should have happened.”