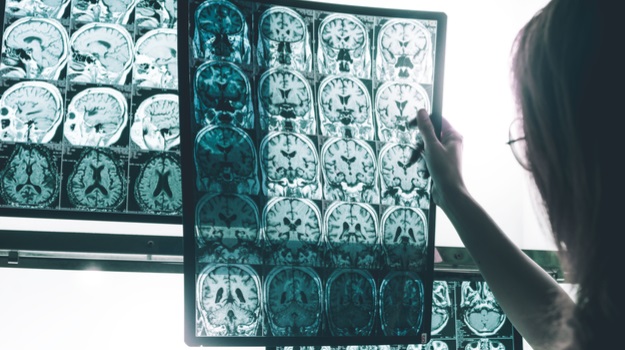 For several decades, research focused on beta-amyloid, a protein that accumulates in the brains of Alzheimer’s patients. But clinical trial after clinical trial that successfully cleared or halted the accumulation of beta-amyloid failed to improve memory and cognition. In March 2019, after Biogen abandoned its clinical trial program for aducanumab, most in the industry declared the amyloid theory dead and many moved on to focus on other possible solutions to treating or preventing the disease.

Other researchers have noted that amyloid is clearly involved, but it may be secondary to inflammation in the brain. Accumulated beta-amyloid may act like brush in a brushfire, feeding the inflammation and damage.

Now researchers at the University of California, Los Angeles (UCLA) have identified a subclass of beta-amyloid that appears to be damaged by age and that appears to cause more damage in the brains of Alzheimer’s patients than so-called normal amyloid. The research was published in the journal Nature Communications.

In 2005, UCLA professor David Eisenberg and an international group of researchers found that amyloid tangles contain proteins that interlock similar to a zipper. They hypothesized at the time that this dry molecule zipper is in the types of amyloid that form in Alzheimer’s, Parkinson’s disease, and two dozen other degenerative diseases.

In the new research, Rebeccah Warmack, a UCLA graduate student at the time of this research and the lead author, found that a specific version of age-modified beta-amyloid held a second “molecular zipper” that no one knew existed. Proteins exist in water, but the water is expelled as the tendril seals and zips up.

The beta-amyloid molecule has 40 or 42 amino acids connected like a string of beads. But with age, the 23rd amino acid can create a kink, similar, the authors suggest, to a garden hose. It is called isoAsp23. The normal version doesn’t form this second molecular zipper, but the kinked version does.

“Now we know a second water-free zipper can form, and is extremely difficult to pry apart,” Warmack stated. “We don’t know how to break the zipper.”

It’s not clear why this kink becomes more likely with age, although the researchers believe it’s related to the body’s repair mechanisms. When people are younger, the protein repair enzymes fix the kinks.

“As we get older, maybe the repair enzyme misses the repair once or twice,” said Steven Clarke, senior author of the study and distinguished professor of chemistry and biochemistry at UCLA. “The repair enzyme might be 99.9% effective, but over 60 years or more, the kinks eventually build up. If not repaired or if degraded in time, the kink can spread to virtually every neuron and can do tremendous damage. The good news is that knowing what the problem is, we can think about ways to solve it. The kinked amino acid is where we want to look.”

It is also supportive of the theory that Alzheimer’s is related to decreased energy production in the immune cells in the brain, also something common to aging.

“Rebeccah has shown this kink leads to faster growth of the fibrils that have been linked to Alzheimer’s disease,” Clarke stated. “This second molecular zipper is double trouble. Once it’s zipped, it’s zipped, and once the formation of fibrils starts, it looks like you can’t stop it. The kinked form initiates a dangerous cascade of events that we believe can result in Alzheimer’s disease.”