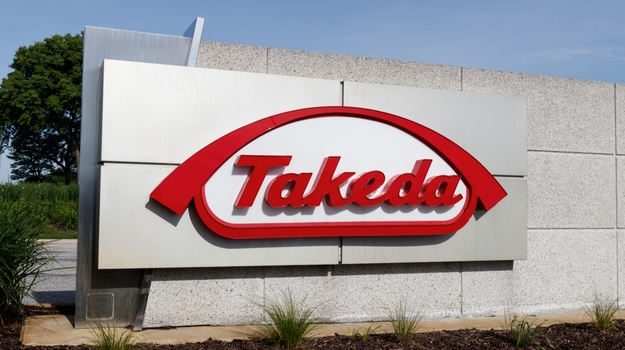 Takeda Pharmaceutical announced positive results from the Phase III SHP643-301 trial of Takhzyro (lanadelumab) in kids ages two to <12 years with hereditary angioedema (HAE). The drug is already approved for HAE in people 12 years and older.

Hereditary angioedema is marked by recurrent periods of severe swelling. Most commonly it is in the arms and legs, face, intestinal tract and airway. Attacks can be set off by minor trauma or stress but often do not have a known trigger. The episodes involving the intestinal tract can result in severe abdominal pain, nausea and vomiting. In the airway, it can be life-threatening.

The results of the trial demonstrated a safety profile in the younger age group as seen in patients 12 and older, with no severe side effects and no one dropping out from adverse events. The trial also hit the secondary objective of clinical activity/outcome of the drug in preventing HAE attacks and characterizing the drug's pharmacodynamics in pediatric patients.

"We are encouraged by these results, as each objective met instills further confidence in the potential to bring a treatment option to this vulnerable population," said Ashley Yegin, global medical unit head, HAE, global medical affairs at Takeda. "With more than a decade of experience and innovation in HAE, Takeda is committed to continued support for patients of all ages with this devastating condition."

There's some fierce competition in this rare disease market. In December 2020, the U.S. Food and Drug Administration approved BioCryst Pharmaceuticals' Orladeyo (berotralstat) for HAE in adults and patients 12 years and older. The approval was based on data from the Phase III APeX-2 trial, which demonstrated the drug significantly decreased attacks by 24 weeks, which was sustained through 38 weeks. At the time, it was the first and only oral therapy for preventing attacks.

In September 2020, the FDA approved CSL Behring's Haegarda (C1 Esterase Inhibitor Subcutaneous [Human]) for routine prophylaxis to prevent HAE attacks in patients six years and older. Haegarda was originally approved for HAE in 2017. The approval was based on two studies, COMPACT and COMPACT OLE.

Preliminary full-year sales of BioCryst's Orladeyo were $122 million, with projections of at least $250 million for 2022.

Takhzyro is a fully human monoclonal antibody engineered to bind and decrease plasma kallikrein. It is formulated for subcutaneous administration and has a half-life of about two weeks. It is designed to be self-administered or dosed by a caregiver trained by a healthcare professional.

"I'm pleased that Takhzyro has met these key objectives and I look forward to Takeda sharing further insights with the HAE community in the near future," said Dr. Marcus Maurer, M.D., Ph.D., professor of dermatology and allergy charité — Universitätsmedizin Berlin, Germany, and principal investigator of SHP643-301.