SynaptixBio Formed to Tackle One of the World’s Rarest Diseases 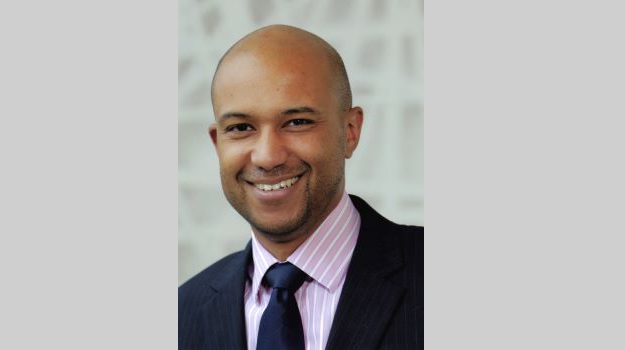 TUBB4a-related leukodystrophy is considered one of the rarest diseases in the world. There is no cure. But its presumed rarity hasn’t stopped a group of scientists in Oxford, UK from forming a company to treat its underlying causes.

“We’re hoping to stabilize the disease by tackling it at its source, which could lead to the extension of patients’ lives,” Dan Williams, Ph.D., CEO and co-founder of SynaptixBio, told BioSpace.

TUBB4a leukodystrophy, which includes hypomyelination with atrophy of the basal ganglia and cerebellum (H-ABC), emanates from mutations in the TUBB4a gene and leads to reduced myelination in the brain. In other words, the myelin sheath that protects the nerve cells in the brain and spinal cord forms improperly. This results in slow signal transmission, which leads to problems with movement, including walking and swallowing. “Some people are born with it, while others develop the mutations when they are between about five and eight years old,” Williams said.

“What we’re trying to do is to stop the expression of TUBB4a, specifically,” he continued. “It’s localized in particular areas of the brain – the basal ganglia and cerebellum. Knocking out TUBB4a will stop the expression of toxic protein created by mutations in that gene and enable other tubulin family members to rescue the phenotype.”

Williams talks about “knocking out” TUBB4a, but SynaptixBio’s approach isn’t a gene therapy. Instead, it uses antisense oligonucleotides to bind to mRNA associated with the gene – causing it to degrade and thus silence expression. Therefore, this approach prevents the gene’s mutated proteins from being expressed. It’s too soon to know how effective this approach will be at knocking out mutated TUBB4a genes or the duration of the knock-out.

Whether this approach leads to additional therapies is secondary at this point. SynaptixBio is focused intently on halting this disease. Currently, the company is looking at the relatively limited research in the literature and finding ways to incorporate the latest and most relevant findings into its own work to address what is a relatively new problem.

The genetic mutations that lead to TUBB4a leukodystrophy were identified only five or six years ago.  Consequently, the scientific literature and clinical trials related specifically to this condition are scarce. A recent ClinicalTrials.gov search revealed only one study focused on TUBB4a leukodystrophy. It’s at Children’s Hospital of Philadelphia (CHOP), where SynaptixBio has entered an agreement to sponsor its research and has an option to license the resultant intellectual property. Another 71 trials involved the broader disease, leukodystrophy.

The CHOP trial, which includes Takeda Pharmaceutical, Biogen and six others as collaborators, is designed to collect and analyze clinical data and biological samples of leukodystrophy patients worldwide for its Myelin Disorders Biorepository. That data then can be used to identify biomarkers for clinical trials and to gain insights into the natural history of this disorder.

SynaptixBio was formed just a few weeks ago, in October 2021, in response to an unmet need. “I previously worked with Michelle Teng (also a co-founder of SynaptixBio), whose daughter was diagnosed with TUBB4a leukodystrophy, specifically H-ABC,” Williams recalled. “She was searching for treatments and found none, so she set up a charity last year, but didn’t raise enough money to push treatments into clinical trials.” Williams talked with other scientists and determined that the only way to generate the data that physicians and their patients needed to get therapies into the clinic was to develop treatments commercially.

When assessing the commercial viability of such a company, he realized there were more patients than the medical community thought. Although the literature suggests this condition may affect 200 people globally, Williams and his team think the numbers are higher. “I’ve met five people in southern England recently who have TUBB4a leukodystrophy. That leads me to believe it is under-reported globally,” Williams said.

“According to the literature, 9% of all leukodystrophies are TUBB4a,” he pointed out. In the U.S., the Cleveland Clinic says leukodystrophy (a collection of about 50 diseases of the white matter in the brain) affects 1 in every 7,000 live births. Based on the number of babies born so far in 2021, globally, the number born with leukodystrophy – mathematically – is more than 16,000. If 9% of those children are born with TUBB4A leukodystrophy, that’s nearly 1,500 babies who may have been born with the disease as of late October 2021.

With this realization, Williams, a scientist with commercial drug development experience, brought in investors for pre-seed funding and arranged for early development research. The company expects to launch clinical trials in 2024.

“The way I look at this,” he said, “is that we’re a company that is really trying to target the cause of the disease rather than build a company around a possible cure.” That sentiment may not be unique, but it’s certainly rare.