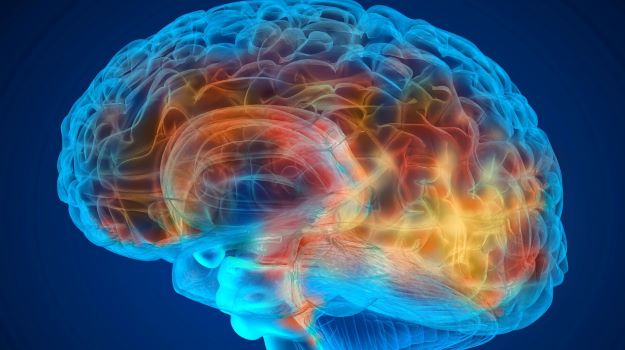 Attention is being focused on a side effect of Biogen’s Alzheimer’s drug, Aduhelm (aducanumab). Even before its controversial approval on June 7, there were cases of amyloid-related imaging abnormalities (ARIA-E), or cerebral edema, observed in the trials.

On November 10, the company indicated it was investigating the death of a 75-year-old woman who died of ARIA while receiving Aduhelm. It has yet to be determined if the death was caused by the ARIA. Between July and September, three other cases of ARIA were submitted to the U.S. Food and Drug Administration’s adverse event database. All of those ARIA cases required hospitalization and are being reviewed by Biogen.

One concern expressed by some physicians is that the people in the original clinical trials were generally healthy except for their early Alzheimer’s disease. People with other comorbidities were often excluded from the trials to eliminate confusing clinical signals. But now that the drug is approved, people with other health problems would be eligible for the drug, which might lead to more adverse side effects.

The combined studies included 3,285 participants with Alzheimer’s who received one or more doses. The researchers found 425 cases in the combined aducanumab group experienced ARIA (41.3%), and ARIA-edema was identified in 362 patients or 35.2%. Of them, 94 (26%) had symptoms, such as headache, confusion, dizziness and nausea. They found ARIA-microhemorrhage and ARIA-superficial siderosis in 197 patients (19.1%) and 151 patients (14.7%), respectively.

The study noted that most ARIA-E events were seen early in treatment, either while attempting to find the correct dose or shortly after hitting the target dose. It notes, “These results are consistent with clinical studies of other anti-ABeta antibodies in which ARIA also primarily occurred within the first months of treatment, while the risk of ARIA-E decreased during the subsequent treatment course.”

In their conclusions, the authors point out that the EMERGE and ENGAGE trials are one of the largest ARIA data sets and help illuminate the clinical and radiographic characteristics of ARIA in patients receiving aducanumab. In the trials, ARIA was screened for via MRI and in some cases, doses were adjusted, which was part of the study protocols. Now that the drug has been approved by the FDA, monitoring for ARIA outside of clinical trials will occur for the first time. In addition, the prescribing information for the drug describes the timing of MRIs for asymptomatic ARIA, basically before the seventh and twelfth infusions, as well as when clinically indicated. According to the studies, most first ARIA-E events were just before the scheduled twelfth dose around week 44.

The drug was controversial at the time of approval and before. An FDA advisory committee had recommended against approval in late 2020, but the FDA approved in mid-2021 regardless. One of the concerns was mixed efficacy signals, as well as the question of ARIA-E.

The advisory committee had asked the agency if it was considering an accelerated approval pathway. This would have been based on the drug’s ability to clear beta-amyloid, which it did seem to do. The agency said it did not plan to, but when it was finally approved, it was under an accelerated approval pathway based on beta-amyloid clearance. Additional studies would have to be conducted to prove clinical benefit, but Biogen has nine years to do so.

Meanwhile, the drug has a price tag of about $56,000 per patient per year, and many insurance companies and health systems are refusing to pay for the treatment. Medicare is still evaluating the drug, with an announcement expected by the end of this year, but a final decision not coming until March or April 2022. Many insurance companies will likely follow Medicare guidance.

So far, Aduhelm is failing to gain traction, as Biogen reported $300,000 in sales for the third quarter. In addition to questions about the clinical benefit, concerns over side effects such as ARIA-E, and whether insurers will pay for the drug, eligibility requires a PET scan of the brain to detect amyloid plaques. The procedure typically runs $5000, and most insurers don’t cover it. Another option is an invasive spinal tap.