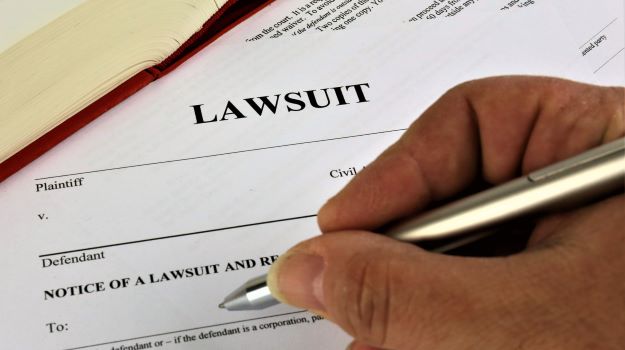 Bristol-Myers Squibb and E.R. Squibb & Sons have filed a patent infringement lawsuit against AstraZeneca Pharmaceuticals and AstraZeneca UK over the cancer treatment product durvalumab, which the latter is selling under the name Imfinzi.

In the complaint filed in the District Court of Delaware, BMS and Squibb allege that AstraZeneca is infringing on their property rights and exploiting their invention of a cancer treatment that enhances immune responses through antibodies that bind to PD-L1.

BMS and Squibb created the treatment called nivolumab, branded Opdivo, and made it commercially available worldwide in late 2014 to treat advanced melanoma. The Squibb companies have since created formulation variations to create treatments for renal cell carcinoma, non-small cell lung cancer, lymphoma, urothelial carcinoma, head and neck cancer and others.

In its court filing, the plaintiffs said that AstraZeneca's durvalumab is an anti-PD-L1 antibody product that is being used in enhancing immune response and treating certain cancers. The latter's marketing of its product as a "later-developed" treatment allegedly "exploits" their invention.

"Since the plaintiffs and AstraZeneca are direct competitors in the field of immunotherapy, the plaintiffs have suffered, and continue to suffer, substantial damages, including lost profits, as a result of AstraZeneca's infringement. Marketing pursuant to 35 U.S.C § 287 was not required because the plaintiff's product OPDIVO is an anti-PD-1 antibody and is not a patented article under the asserted patents," Squibb said in the document.

Squibb has eight patents linked to its anti-PD-L1 antibody invention, all of which it claims AstraZeneca knowingly infringed upon, namely '505, '507, '299, '714, '594, '595, '596 and '092. The company, represented by lawyers Farnan LLP, is seeking damages to compensate for the said losses, an injunction preventing the latter from further infringing its patents and any other relief as the court decides. Citing the Federal Rule of Civil Procedure 38, BMS and Squibb are seeking trial by jury of all issues.

AstraZeneca has yet to issue an official statement on this matter as of this writing.

"Nearly a decade after these patents were filed, Illumina's lawsuit frivolously challenges our ownership and authorship of our intellectual property, which is the backbone of our vital work. We believe Illumina is using the courts to retaliate against us for registering concerns about the antitrust implications of Illumina's acquisition of Grail – another provider of blood-based cancer tests – and in an attempt to slow us down in the marketplace as we get ready to launch our blood test to screen for early signs of colorectal cancer," said John Saia, the senior vice president, general counsel and corporate secretary of Guardant Health, in a statement.

Illumina sued the company claiming that its co-chief executive officers AmirAli Talasaz and Helmy Eltoukhy set up their company while still on Illumina's payroll. Eltoukhy allegedly started drafting patent applications using his ex-employer's computers and later took "tens of thousands of forwarded emails and internal documents" with him when he left.