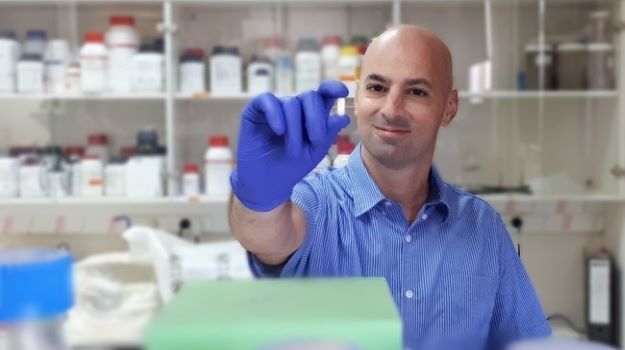 A meeting with an amyotrophic lateral sclerosis (ALS) patient in Israel who could only speak with the assistance of a computer changed the life and direction of Alon Ben-Noon, who at the time was the head of biotech consultancy firm, MediCan Consulting.

Ben-Noon had gone to meet Shay Rishoni, a former Ironman triathlete who had been diagnosed with ALS in 2011. Within three months of diagnosis, the disease had significantly weakened the fit and trim athlete and former colonel in the Israeli military. Within two years of diagnosis, Rishoni was completely paralyzed and relied on a ventilator to breathe. He was able to communicate with others through a computer that responded to his eyes. Although immobile and unable to speak, Rishoni was the chief executive officer of a patient advocacy group, Prize4Life.

“It was a life-changing mission,” Ben-Noon told BioSpace.

The experience was overwhelming for Ben-Noon. At the time, he had never met an ALS patient and was overcome by Rishoni’s determination to augment change for the patient community despite being confined to a couch. Rishoni encouraged Ben-Noon to use his resources to find an effective treatment for ALS, even though he knew that no drug in development would be able to save his life, Ben-Noon said.

“He was moving mountains from his couch with two eyes and a computer,” Ben-Noon explained. “I felt as if I wasn’t doing one-tenth of what this man was.”

After that meeting, Ben-Noon went on to found NeuroSense Therapeutics, a company focused on finding a new treatment for ALS as well as other neurodegenerative diseases. Since the company was founded in 2017, NeuroSense has been developing PrimeC, a novel extended-release oral formulation composed of a unique fixed-dose combination of two FDA-approved drugs: ciprofloxacin and celecoxib.

When NeuroSense saw positive preclinical data in zebrafish models of ALS demonstrating how PrimeC was able to improve motor performance while recovering the morphology of motor neurons, neuromuscular junction structures and microglial cells, Ben-Noon personally shared the results with Rishoni. The ALS patient was visibly excited at the potential. Sadly, Rishoni died a few months later. Although gone, Ben-Noon noted that Rishoni is still with the company in spirit as it prepares for a Phase IIb study of PrimeC, which is expected to begin in May.

The IIb study follows positive Phase IIa data released in 2021 that not only showed meaningful clinical outcomes but also ALS-related biological markers that were significantly changed, Ben-Noon said. He added that the data was particularly exciting because even though the trial consisted of only 15 patients, the results showed statistically significant biological activity. The trial will be a double-blind, placebo-controlled study conducted in Israel and the U.S. Not only that, PrimeC has received Orphan Drug status from both the U.S. Food and Drug Administration as well as the European Medicines Agency.

The Phase IIb study in the U.S. will include approximately 70 patients. They will be randomized two-to-one, with two-thirds of patients receiving PrimeC and the other third receiving Riluzole, the standard-of-care treatment for ALS. Ben-Noon expressed hope that PrimeC will differentiate itself in a positive manner from the nearly 30-year old drug. “We believe we can achieve much better results and might become a standard of care for ALS,” he said.

ALS is a progressive neurodegenerative disease that negatively affects neurons in the brain and the spinal cord. Patients with ALS, such as Rishoni, lose the ability to control muscle movement. That eventually leads to total paralysis and then death. It is estimated that approximately 12,000 to 15,000 Americans have ALS, with about 5,000 to 6,000 new cases diagnosed annually.

In addition to Riluzole, there is one other approved therapy for ALS, Mitsubishi Tanabe’s Radicava. Chances increased Wednesday that the number would remain at two, as the FDA's  Peripheral and Central Nervous System Drugs Advisory Committee voted 6-4 against approving Amylyx's AMX0035, which is a fixed-dose combination of two small molecules, sodium phenylbutyrate and taurursodiol.

Other drugs are also in development for ALS, including Clene Inc.’s add-on therapy, CLN-Au8, an investigational gold bioenergetic nanocatalyst that has shown positive data in a mid-stage ALS study.

More work will be necessary to determine the full clinical potential of PrimeC, particularly in the different forms of ALS, limb onset or bulbar. As PrimeC moves through the clinic Ben-Noon noted that his goal is to develop a treatment that will ensure the best life for ALS patients.

If PrimeC is ultimately approved, Ben-Noon believes there will be significant space for the medication in the treatment landscape. Due to the complexity of ALS, he suggested that patients could ultimately be prescribed a cocktail of medications that could include PrimeC, the Amylyx drug and others, as long as there is no negative drug-drug interaction.

“We want to slow down progression of this terrible disease,” he said.