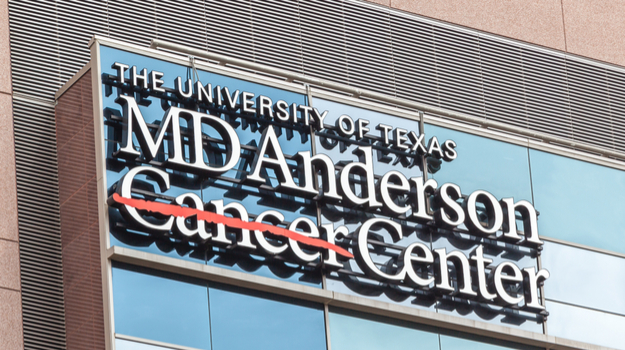 The specter of racism and racial profiling raised its head after MD Anderson Cancer Center dismissed three ethnically Chinese scientists who have been associated with espionage conducted by the government of China following an investigation conducted by the National Institutes of Health (NIH).

Stephen Hahn, chief medical executive at the Texas-based cancer center, told employees during a town hall meeting after the firings that the decision was not based on ethnicity, Science reported. Hahn attempted to reassure employees that racial profiling is something that the leadership at MD Anderson abhors and would not stoop to using.

In addition to the three Chinese scientists who were fired, two other researchers, also Chinese, were also investigated regarding the allegations of espionage. After an investigation, it was determined that termination was not warranted for one of the researchers and the other is currently being investigated. For the three who are no longer with the vaunted medical center, two of the researchers resigned ahead of the termination proceedings, while one is beginning due process requirements.

The terminations came about after the NIH and Federal Bureau of Investigation raised concerns regarding the security of intellectual property and the integrity of the peer review process for biomedical research. NIH expressed concern over three primary areas -- diversion of intellectual property, sharing of confidential information on grant applications and failure by some researchers to disclose substantial resources from outside organizations, including foreign entities.

A 2017 report issued by the FBI noted that that intellectual-property theft by China costs the U.S. as much as $600 billion annually. Last year, two Chinese scientists pled guilty to stealing intellectual property from GlaxoSmithKline. Those trade secrets were going to be part of the foundation for setting up a company in China called Renopharma.

The failure to disclose additional payments from outside organizations threatens to distort decisions about appropriate use of NIH funds, the cancer center said after news of the firings became public.

According to the report in Science, during the MD Anderson town hall meeting on Monday, one researcher expressed concern that “an increasingly xenophobic and isolationist” federal government was behind the push to quickly terminate the employees.

“How can you—and I plead, please—reassure all of our employees that we as an institution and academia are not being manipulated as part of a centralized policy to practice and to act in ways that are diametrically opposite to our core values?” the researcher asked Hahn and other MD Anderson executives, according to Science, which obtained audio of the meeting.

That researcher was not the only one to question the role the federal government and the current administration may have played in the firings. One researcher raised concern over the fact that MD Anderson provided the FBA with access to emails from a number of MD Anderson employees. The federal agency has reportedly been conducting investigations concerning national security since 2017. MD Anderson confirmed that the FBI has read through emails of at least 23 employees, Science said. MD Anderson employees expressed concern with providing access to emails, particularly for non-American employees.

Giula Draetta, MD Anderson’s cancer center’s senior vice president and chief scientific officer, sought to quell concerns. Draetta, who answered questions alongside Hahn, told the employees that he understood their concerns. He said he has a lab that has researchers from Italy and China and understood that his Chinese colleagues are concerned. He said MD Anderson is not doing anything wrong but is responding to the NIH.

Another concern brought up at the meeting was that MD Anderson’s process for reporting foreign ties was unclear, which has led to a kind of fear over the policy.