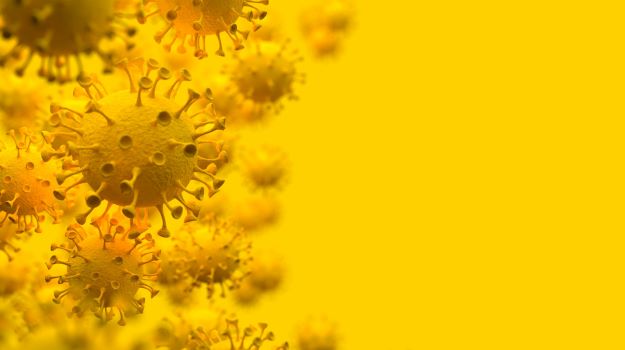 One of the big puzzles with COVID-19 is why some people become severely ill, some moderately, and others are infected but asymptomatic. UK researchers led by a group at Newcastle University identified a gene, HLA-DRB1*04:01, which was three times more common in asymptomatic COVID-19 patients than in people with symptomatic disease. They published their research in the journal HLA.

“This is an important finding as it may explain why some people catch COVID but don’t get sick,” said Carlos Echevarria, co-author of the study, with the Translational and Clinical Research Institute, Newcastle University, who is also a Respiratory Consultant in the Newcastle Hospitals NHS Foundation Trust.

“It could lead us to a genetic test which may indicate who we need to prioritize for future vaccinations. At a population level, this is important to us to know because when we have lots of people who are resistant, so they catch COVID but don’t show symptoms, then they risk spreading the virus while asymptomatic.”

HLA-DRB1*04:01 is a human leukocyte antigen gene. Broadly, the HLA-DRB1 gene codes for a protein that plays an essential role in the immune system. It is a part of a family of genes called the human leukocyte antigen (HLA) complex. The HLA complex helps the immune system distinguish between the body’s proteins and proteins made by viruses, bacteria, and other foreign invaders.

The researchers obtained samples from 49 patients with severe COVID-19 hospitalized with respiratory failure. They also collected samples from 69 workers at the hospital who had tested positive via routine blood antibody testing but were asymptomatic. A control group was also obtained from a research project studying the relationship between HLA genotypes and joint replacement surgery outcomes.

“Some of the most interesting findings were the relationships between longitude and latitude and HLA gene frequency,” said David Langton, a study author whose company ExplantLab helped fund the research through an Innovate UK research award. “It has long been known that the incidence of multiple sclerosis increases with increasing latitude. This has been put down in part to reduce UV exposure and therefore lower vitamin D levels."

"We weren’t aware, however, that one of the main risk genes for MS, that is DRB1*15:01, directly correlates to latitude. This highlights the complex interaction between environment, genetics and disease. We know some HLA genes are vitamin D responsive, and that low vitamin D levels are a risk factor for severe COVID and we are doing further work in this area.”

The authors of the study note that, “HLA gene variants have been implicated in host susceptibility or resistance to diseases such as tuberculosis, malaria, hepatitis B, dengue, influenzas, SARS and MERS. Bats have evolved highly developed MHCs (major histocompatibility complex), and this has been proposed as a reason that they act as a reservoir of coronaviruses, a reservoir from which COVID-19 may have emerged. Furthermore, the expression of HLA genes is known to be influenced by age, sex and obesity, all identified as key factors in the severity of COVID.”