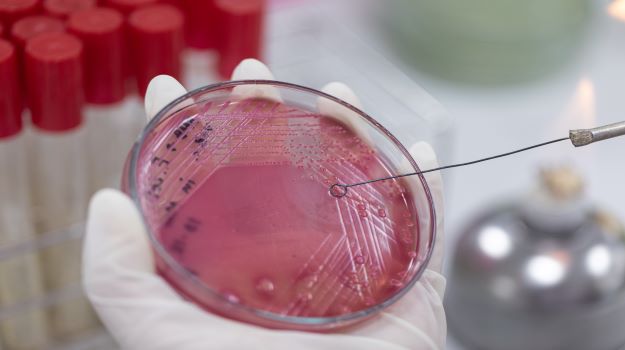 Sepsis is among the best-known and least effectively treated conditions in the modern world. The standard of care has failed for these infections, leaving the U.S. healthcare system with $62 billion and 270,000 deaths annually. Globally, 11 million die from sepsis each year.

Effective drugs and diagnostics are available. They’re just not used, according to panelists at the Demy-Colton Virtual Salon, focused on sepsis.

“One of the things missing from the sepsis conversation is data. We don’t have the data to advance clinical practice and innovation because it’s siloed among the states (and healthcare systems),” and the players aren’t talking to one another, Thomas Heymann, president and CEO of the Sepsis Alliance, told the Salon audience.

To provide that data, the Sepsis Alliance launched the National Sepsis National Registry Initiative in January 2021. Its goal is to aggregate and analyze thousands of longitudinal records to gain insights into comorbidities, treatments, and outcomes associated with sepsis.

Another significant problem is the healthcare reimbursement system, panelists agreed. It relies on blood cultures for diagnoses and, until results are returned – typically one to five days later – doctors prescribe older, generic, broad-spectrum antimicrobial treatments. The alternative is a fast, but more expensive, test that identifies the specific pathogen and the appropriate treatment in less than three hours.

With sepsis, speed is of the essence. The mortality rate of sepsis patients increases by as much as 8% each hour proper treatment is not started.

“Sepsis is a community-acquired syndrome,” Heymann said. “It often stems from urinary tract infections and spider bites, for example, but also can be acquired in the hospital. Sepsis is twice as common as stroke, and twice as deadly. The standard of care is failing.”

The Biomedical Advanced Research and Development Authority (BARDA) invested in – and the FDA approved – new assays to detect and characterize the organisms responsible for sepsis and to identify the most effective drugs, Rick Bright, Ph.D., SVP, pandemic Prevention & response, at Rockefeller Foundation and a former director of BARDA, stressed. “There are amazing diagnostics, but they’re not being used.”

Bright’s personal experience is an all-too-common case in point. “When I went into urgent care with signs of an infection in my thumb (form gardening), I had to practically beg them to take a culture to identify the organism. They gave me Bactrim and sent me home. I went to the emergency room 10 hours later. They sent me home (with another antibiotic). They didn’t do a blood culture until 6 days later. In the course of 3 days, I was prescribed 7 antibiotics. The hospital said I had a methicillin-resistant staphylococcus aureus (MRSA) infection. Then they scheduled the thumb for amputation.”

In Bright’s case, the test results arrived before the amputation, enabling an effective therapy to be delivered. It was a branded drug. Then, he said, “I got a note from my insurance company saying it wouldn’t cover the branded antibiotic.”

“This is the antithesis of precision medicine,” Heymann commented.

The delay in diagnosis and treatment is the direct result of how hospitals are reimbursed. As Ciara Kennedy, Ph.D., president and CEO of Amplyx Pharmaceuticals, explained, “Hospitals are paid based upon bundled payments for disease codes. For infections, if a patient is given a branded medicine, the hospital loses money. So, generics are first-line therapies.”

The SEP-1 Early Management Bundle – put in place in 2015 by the Centers for Medicare & Medicaid Services (CMS) – established a protocol to follow when sepsis is suspected. It should have removed that barrier, but didn’t.

Now what’s needed is “encouraging the doctors not just to perform the test, but to read the test and do what is calls for. That’s where the emphasis should be,” Prabhavathi Fernandes, Ph.D., chair of the scientific advisory board of Global Antibiotic Research & Development Partnership, and chair of the National Biodefense Science Board, said.

Currently, Kennedy added, “A drug’s value is closely tied to its (sales) volume. The more a drug is used, the greater the return for investors. We need to break that system. Without a system and framework to deliver value, innovation won’t be funded.”

The Pasteur Act (S.4760)  referred to Committee in 2020, aims to address that. “The Pasteur Act is portrayed as a handout to pharma, but it’s actually a safety net for patients,” she continued. As the bill states, it “authorizes the Department of Health and Human Services (HHS) to enter into subscription contracts for critical-need antimicrobial drugs,” to identify “critical need” antimicrobials, and to develop a list of infections for which innovative antimicrobial treatments are needed.

The COVID-19 pandemic, in some ways, is bringing attention to sepsis. “There is a clear clinical link between (serious) COVID-19 and sepsis if COVID-19 isn’t treated appropriately,” John Sperzel, III, president and CEO of T2 Biosystems Inc., said.

Yet, Kennedy added, “There is a misrecognition of what’s killing COVID-19 patients. If a patient dies because of sequelae after COVID-19, they say he or she died of COVID-19.”

Part of the challenge is that there’s no clear picture of sepsis patients. “Until there is, you don’t connect with them,” she said.

As a result, panelists noted that many companies go bankrupt after their sepsis diagnostics or therapeutics are approved, and many others have less than six months of cash. Therefore, Kennedy said, “New drugs may not survive because of funding challenges.”

The long-term consequences are serious. Many sepsis patients never fully recover, leading to chronic conditions and greater susceptibility to subsequent sepsis infections that, often, lead to death. More work to characterize the organisms early on, combined with administration of the proper drug – perhaps based upon biomarkers and computer-aided diagnosis, could go a long way to resolving the problem. “If you don’t think about sepsis, you don’t treat it,” Bright said.

Education and deeper understanding are critical to successfully diagnosing and treating sepsis. As Fernandes concluded, “It's important to understand that every infection, until it goes away, can become serious.”