Scott Gottlieb Joins Pfizer Board Weeks After Departing from FDA 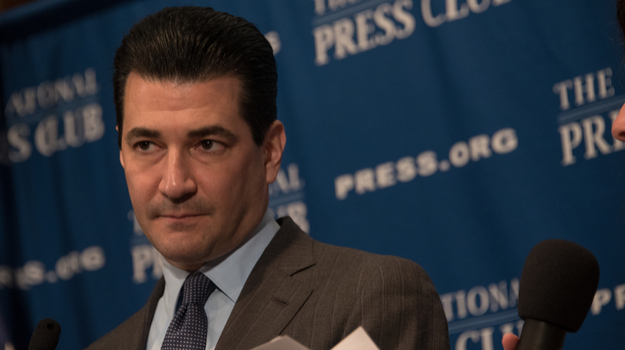 Months after Scott Gottlieb stepped down from his role as commissioner of the U.S. Food and Drug Administration (FDA), he found himself back in the world of pharma as a member of Pfizer’s board of directors.

The former commissioner will certainly be a strong asset for that company with his knowledge of the regulatory landscape in the United States, as well as his insights into hot-button political issues such as drug pricing. Gottlieb was tapped to serve on two different board-level committees, the Regulatory and Compliance Committee and the Science and Technology Committee.

Pfizer Chief Executive Officer Albert Bourla said Gottlieb, who is also a physician, has a strong understanding of the needs of patients, as well the “rapidly changing dynamics of biopharmaceutical research and development.”

In an announcement on Twitter, Gottlieb said he was honored to be joining the board of directors at Pfizer and working with the company to “promote medical innovation, advance patient care and secure access to better healthcare outcomes for families around the world.”

“We are fortunate to have Dr. Gottlieb join Pfizer’s Board of Directors,” Ian Read, Pfizer’s executive chairman of the board said in a statement. “Scott’s expertise in health care, public policy and the industry will be an asset to our company and enable our shareholders to continue to benefit from a board representing a balance of experience, competencies and perspectives.”

Gottlieb joins Pfizer as the company dives deeper into oncology, following its acquisition of Array BioPharma earlier this month, as well as its recent reorganization into three separate business units that include an established medicines business, a consumer healthcare business and the innovative medicines business.

Gottlieb is certainly no stranger to working with the leadership of the pharmaceutical industry, including Pfizer. Before he was selected as the 23rd FDA Commissioner by the White House, he served as a consultant to many companies, including Novo Nordisk, GlaxoSmithKline and Daiichi Sankyo. Gottlieb also served on the boards of Gradalis Inc., CombiMatrix Corp. and Aptiv Solutions.

Gottlieb left the FDA at the end of April and returned to his role as a special partner at New Enterprise Associates healthcare investment team. He is also a resident fellow of the American Enterprise Institute. As a member of Pfizer’s board of directors, Gottlieb will earn a cash retainer of about $150,000, plus stock options in the company. Shares of Pfizer closed at $43.43 on Thursday.

During his two-year tenure at the FDA, Gottlieb aggressively supported the approval of new branded drugs, as well as generics. Additionally, he tackled multiple public health problems, including the opioid epidemic that has been sweeping the country and vaping. Gottlieb stepped down from his role at the FDA, in part, due to the travel commitments that kept him away from his young family.

There has certainly been some criticism of Gottlieb’s returning to the board of a pharma company. Sydney Wolfe, the former head of Public Citizen Health Research Group and a critic of Gottlieb and the FDA, called the move “classic” and not at all surprising.

“Philosophically, he’s returning to the ecosystem where he’s most comfortable. And he’ll get paid very well for it, too,” Wolfe said, according to STAT News.