Scholar Rock Slashes Headcount by 25% as it Advances SMA Therapeutic 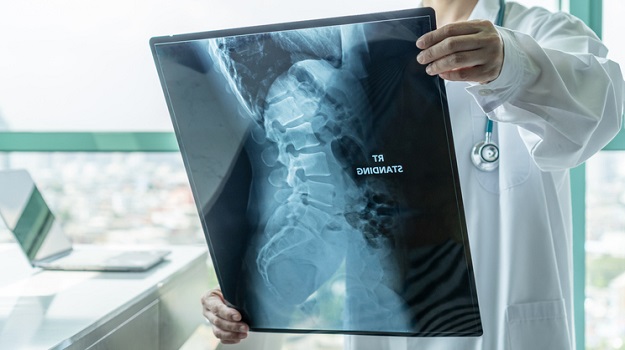 As Scholar Rock prepares to move forward with its experimental assets for spinal muscular atrophy and potentially take on Novartis, Roche and Biogen, the company has terminated 25% of its staff and also announced the loss of its chief medical officer.

In its quarterly report filed with the U.S. Securities and Exchange Commission, Cambridge, MA-based Scholar Rock announced the job cuts. The company reduced its headcount by 39, equaling about 25% of its positions.

Scholar Rock said it anticipates the job cuts will cost it between $1.7 million and $2.3 million in severance pay. Additionally, the company noted that Chief Medical Officer Yung Chyung announced plans to depart the company. Chyung’s last day with Scholar Rock will be June 30, the filing noted.

The staffing change comes at a time when the company has initiated its Phase III trial assessing apitegromab in non-ambulatory patients with type 2 and type 3 spinal muscular atrophy (SMA).

SMA is a progressive neuromuscular disease that causes devastating muscle atrophy and disease-related complications. It is caused by a mutation in the SMN1 gene, which codes for SMN, a protein necessary for motor neuron function. It is estimated that SMA affects about one in 11,000 babies. SMA type 1 is the most common form of the disease, accounting for approximately 60% of all cases. Depending on the type of SMA, an individual’s physical strength and ability to walk, eat or breathe can be significantly diminished or lost.

Scholar Rock’s apitegromab is a selective inhibitor of myostatin activation. The company believes it has the potential to be the first muscle-directed therapy for SMA. The company reported it has seen “robust enrollment” in its Phase III Sapphire trial for SMA. The trial is expected to enroll approximately 156 patients aged 2-12 years old with non-ambulatory type 2 and type 3 SMA. Patients will be randomized to receive either 10 mg or 20 mg of apitegromab or a placebo. They will be infused once every four weeks.

The Sapphire trial is expected to build on the Phase II Topaz study where the company saw multiple efficacy endpoints, including Hammersmith scales and Revised Upper Limb Module function. Scholar Rock reported that as of Jan. 6, 55 of 57 patients remain in the long-term extension trial of apitegromab in Type 2 and 3 SMA.

Data from the apitegromab study will not likely be available until the end of 2023 or the beginning of 2024. In the meantime, the three drugs approved for SMA in the U.S. will continue to cement their foothold in the market, which is expected to be valued at about $14.4 billion by 2026.

In the U.S., there are three powerhouse treatments for SMA. Novartis’ gene therapy Zolgensma was approved for all forms of the disease by the U.S. Food and Drug Administration in 2019. Biogen’s Spinraza is also approved with a broad use label for SMA Types 1, 2, and 3 in 2019. In 2020, the FDA approved Genentech’s Evrysdi (risdiplam), also approved for types 1, 2 and 3. If apitegromab gains approval, it will have to demonstrate significant capabilities to carve out its share of the SMA market.

Beyond SMA, Scholar Rock is advancing its oncology asset, SRK-181. The company is developing SRK-181 to overcome resistance to checkpoint inhibitors currently used in cancer patients. The company hopes the drug will improve the number of patients who benefit from immunotherapy. SRK-181 is a potent and highly selective inhibitor of latent TGFβ1 activation.

Scholar Rock also hopes to advance its TGFβ programs in fibrosis it recently gained after the end of a three-year collaboration with Gilead Sciences. Scholar Rock said in its report that it has discovered antibodies that “selectively inhibit the activation of latent TGFβ1 in the context of fibrotic extracellular matrix and that avoid perturbing TGFβ1 presented by cells of immune system.” The company intends to publish data from rodent models that could be used to advance these antibodies into human trials.