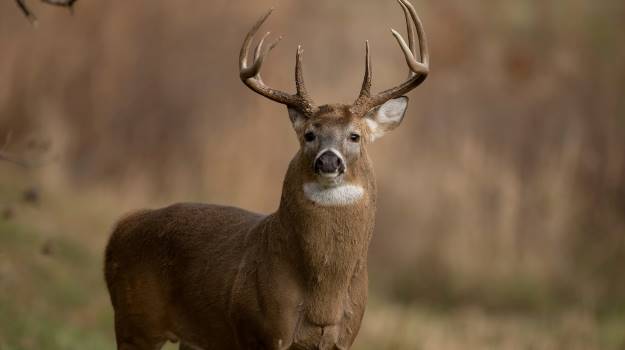 SARS-CoV-2 is thriving in deer populations throughout the United States. The United States Department Of Agriculture (USDA) doesn’t appear to be alarmed though, noting that the virus spreads more easily from humans to deer than from deer to humans, livestock or other animals. Unlike humans, the deer did not show signs of illness.

Two studies, one published by Penn State in November 2021 and the other in 2020 by researchers at the USDA’s Animal and Plant Health Inspection Service (APHIS), each found high levels of COVID-19 in populations of white-tailed deer throughout the Midwest.

A preprint in bioRxiv from Penn State University showed SARS-CoV-2 was detected in 33% (94) of the 283 white-tailed deer tested in Iowa between November 23, 2020 and January 10, 2021. Suresh V. Kuchipudi and colleagues examined the RNA of free and captive deer using RT-PCR testing. Whole-genome sequencing then identified 12 SARS-CoV-2 lineages, of which 54 % were the B.1.2 variant and 20% were the B.1.311 variant.

Notably, these researchers said the presence of SARS-CoV-2 “appears to closely follow the trajectory of the human pandemic.” It also seems to correlate to the regular hunting season. This suggests human-to-deer and deer-to-deer transmission. The first incidence of COVID-19 was recorded in deer on September 28, 2020, one week after hunting season began in Iowa. Human incidents peaked the second week of November 2020, before declining through the remainder of hunting season. Incidents among deer, however, climbed sharply until hunting season ended January 10, 2021.

The Penn State data underscores the findings of APHIS researchers, who published infection rates for deer in four Midwestern states last November (2020) in the Proceedings of the National Academy of Sciences of the United States (PNAS).

That study evaluated 624 pre- and post-pandemic serum samples from white-tailed deer in four states for SARS-CoV-2. Antibodies for the virus were detected in 40% of the 2021 samples. This suggests that new reservoirs of the virus could emerge, which may affect how the virus evolves. No evidence of the virus was detected in samples from 2011 through 2018, but one sample (2%) from 2019 and three (3%) from 2020 contained virus antibodies.

Of the four states sampled one year ago, deer in Michigan had the highest prevalence of COVID-19, at 67%. In Pennsylvania, the prevalence was 44%, in New York, it was 31% and in Illinois, it was 7%. However, “nearly half of the 32 counties sampled showed no evidence of exposure,” senior author Susan Shriner and colleagues wrote.

Researchers have not determined whether similar infection rates are found in other states. APHIS spokesman Gail Keirn, citing the USDA and Penn State studies, told BioSpace, “It is unknown how widespread SARS-CoV-2 is in white-tailed deer populations across the United States.”

With hunting season underway in various forms throughout much of the U.S., what this means for hunters and ranchers is unclear, although the situation seems optimistic. As Keirn said, “To date, research in livestock and poultry has indicated they are not susceptible to natural infection with SARS-CoV-2.

“To date, no studies have specifically tested the potential for SARS-CoV-2 to jump from deer to cattle or other animals (squirrels, rabbits, pets) or to people,” Keirn continued. “Current evidence suggests that wild squirrels and rabbits in the United States are not likely to be susceptible to infection with SARS-CoV-2. Nonetheless, given the potential for contact between deer and other wildlife and people, research is ongoing to further elucidate any potential risks.” The World Organization for Animal Health (OIE) factsheet has information about the susceptibility of different species.

“There is no evidence that people can contract COVID-19 by preparing or eating meat from animals with the SARS-CoV-2 virus,” Keirn continued. “However, hunters can potentially be exposed to other diseases when processing or eating game…and should always practice good hygiene when processing animals.

“Based on the available information to date, the risk of animals spreading SARS-CoV-2 to people is considered low. The greatest risk of new variants comes from those formed in and spread by people,” Keirn pointed out. “There is no evidence that white-tailed deer or other native, free-ranging wildlife have spread the virus to people.”

Unfortunately, people can spread COVID-19 to the animals around them. Therefore, people who have or suspect they may have COVID-19 should avoid contact with animals, including pets, livestock and wildlife.

Perhaps more worrisome for pet lovers, the South China Morning Post reports instances in which COVID-19 patients have returned from quarantine only to learn the government killed their pets (sometimes brutally) and without their consent as part of its zero-tolerance COVID policy.