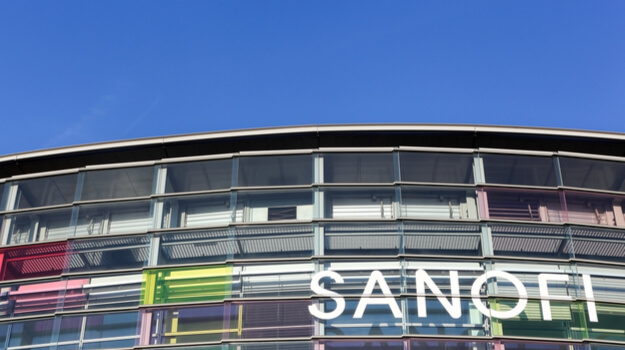 The groundbreaking success of the mRNA vaccines for COVID-19 by Pfizer-BioNTech and Moderna has led the way for other companies with a vested interest in vaccine development. Sanofi announced it will invest 400 million euros, or about $476.4 million, into research and development for vaccines leveraging mRNA technologies.

Sanofi will establish a vaccine mRNA Center of Excellence, which will work to accelerate this program. It will include about 400 employees focused on the technology that will integrate “end-to-end mRNA vaccine capabilities with dedicated R&D, digital, and chemistry, manufacturing and controls (CMC).”

This will be spread across facilities in Cambridge, Massachusetts and Marcy l’Etoile, Lyon (France). It will also allow them to speed an mRNA vaccines portfolio that came about in 2018 with a collaboration set with Translate Bio, which was expanded in 2020.

“However, key areas of innovation such as thermostability and tolerability improvements will be critical to unlock the applications of mRNA in routine vaccination against a broader set of infectious diseases and across all ages. The Sanofi mRNA vaccines Center of Excellence aims to lead the field in this next chapter of vaccine innovation.”

“As discussed during our Capital Markets Day in February, simplifying the CHC product portfolio is an important part of our strategy to focus our resources and efforts where we can bring the most value, especially to consumers,” said Julie Van Ongevalle, executive vice president, Sanofi and head of Sanofi Consumer Healthcare.

Sanofi also presented a range of clinical trial updates. First, they presented long-term safety data from a study of adults with moderate-to-severe atopic dermatitis in a Phase III trial that were treated with Dupixent. The data from the single-arm open label extension (OLE) trial demonstrated the long-term safety of the drug for up to three years, which was generally consistent with what was seen in the controlled pivotal Phase III trials.

The data will be added to the Dupixent Summary of Product Characteristics (SmPC) after a positive opinion by the European Medicines Agency’s Committee for Medicinal Products for Human Use.

Second, Sanofi announced positive topline data from the Phase II/III MEDLEY trial of nirsevimab compared to palivizumab when given to preterm infants or those with chronic lung disease (CLD) or congenital heart disease (CHD) who are facing their first respiratory syncytial virus (RSV) season. MEDLEY is the third pivotal trial the company has said presented positive data for nirsevimab.

“These data for nirsevimab are important as they show a safety and tolerability profile comparable to the only available preventative option against lower respiratory tract infections caused by RSV for preterm infants and those with health conditions,” said Joseph Domachowske, professor of Pediatrics and professor of Microbiology and Immunology at the State University of New York, Upstate Medical Center and MEDLEY trial primary investigator. “Given the typical RSV season lasts nearly five months, there is a potential advantage to providing a preventative option that could help protect all infants with one dose for the entire season.”

And third, the company presented findings at the American Diabetes Association (ADA) 81st Scientific Sessions and simultaneously published a new study of Soliqua in Diabetes Care. The drug (insulin glargine 100 Units/mL and lixisenatide, iGlarLixi) hit the study’s two primary endpoints and all key secondary endpoints in a head-to-head comparison to premixed insulin (biphasic insulin aspart 30, BIAsp 30) in adults with type 2 diabetes, who were uncontrolled on insulin and one or two oral anti-diabetic drugs.

The primary endpoints were Soliqua demonstrating noninferiority of HbA1C blood sugar reduction and superiority on body weight change from baseline compared to premixed insulin. The key secondary endpoints it achieved included a greater proportion of people hitting HbA1C target of <7% without weight again, a greater proportion of participants hitting a HbA1C target of <7% without weight gain and without low blood sugar, and superiority in a decrease of HbA1C compared with patients using premixed insulin.

“These results show improved outcomes with iGlarLixi over BIAsp 30, demonstrating better glucose control without body weight gain and less hypoglycemia. This combined benefit could help clinicians consider advancing basal insulin therapy by switching to a once-daily fixed-ratio combination of basal insulin plus a GLP-1 receptor agonist rather than switching to a twice-daily premixed insulin regimen.”