The Other Shoe Dropped: Researchers Familiar With Chinese CRISPR Scandal Under Increased Scrutiny 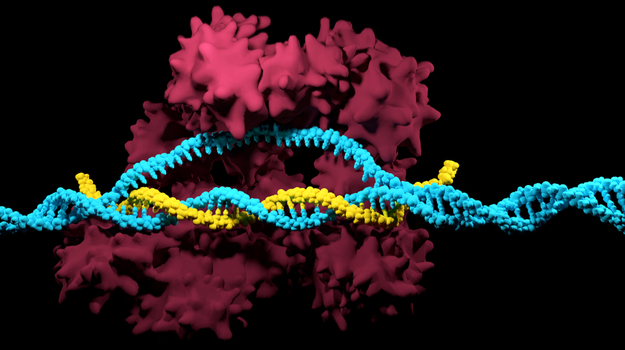 In November, Chinese researcher He Jiankui of the Southern University of Science and Technology of China announced he had used CRISPR to alter the embryos of seven couples to make them resistant to HIV. To date, a set of twins were born and there is another pregnancy. This was met by near-universal condemnation in the global scientific community.

The Chinese government is investigating and He Jiankui has disappeared from the public eye, possibly under house arrest. At least one source, The Khmer Times, an English-language newspaper based in Phnom Penh, Cambodia, suggests that the Chinese government is also involved in a cover-up, accusing He Jiankui, who they’ve dubbed the “Chinese Frankenstein,” of “forging ethical test papers” and “deliberately circumventing surveillance.”

The Khmer Times points out that He Jinakui was a “rising star” in Chinese genome research who received the equivalent of $5.7 million in public grants for his research since 2015. His research project had been officially registered as “Evaluation of the safety and efficacy of gene editing with human embryo CCR5 gene” in the Chinese Clinical Trial Registry on November 8, 2018—only about three weeks before making his announcement in Hong Kong. There is also evidence that China’s Ethics Committee had examined the application and it had been approved, “In accordance with the ethical standards.” But now the Chinese government is claiming that’s all a lie.

Also under increasing scrutiny is the role of Houston’s Rice University researcher Michael Deem, who in earlier stories was portrayed as a former professor of He Jiankui’s who acted more as an observer and advisor to the work, with minor financial interests in He Jiankui’s biotech companies. It has now been noted that Deem was named as the senior author on the paper submitted to the journal Nature in late November, with He Jiankui as the lead author.

According to a Chinese scientist involved in the project, Deem was “more than a bystander: Deem collaborated with He on the experiment and participated as a member of the research team during meetings with several volunteers in 2017,” reported STAT. Deem was apparently involved in getting the volunteers’ consent.

Earlier stories indicated Deem’s role was being investigated by Rice University and the U.S. National Institutes of Health (NIH).

Jia Ping, a human rights attorney and founder and chief executive officer of the Beijing-based Health Governance Initiative, a nongovernmental organization, told STAT, “As a prominent scientist from an elite university in the U.S., Deem’s presence is likely to have a significant role in persuading potential candidates to jump on board.”

In a statement issued by his attorneys last week, they said, “Michael Deem has done theoretical work on CRISPR in bacteria in the past, and he wrote a review article on the physics of CRISPR-Cas. But Dr. Deem has not designed, carried out, or executed studies or experiments related to CRISPR-Cas9 gene editing—something very different.”

The attorneys also say that Deem was not present at the consent process of the parents who gave birth to twins. In this case, Associated Press (AP), which originally reported that Deem was present, says it stands by its story.

Many researchers and ethicists are also questioning the role of other prominent scientists who knew of He Jiankui’s work. Paul Knoepfler, a biologist at the University of California, Davis, told STAT, “I don’t think He Jiankui would have done the project if Deem had been strongly disapproving of it.”

Another well-known and well-respected researcher, Craig Mello, with the University of Massachusetts Medical School and a Nobel Prize winner, is also facing criticism for his knowledge of He Jiankui’s work. Newsweek writes that Mello “knew about the gene-editing experiments taking place at He’s laboratory months before the girls were born.” The emails were acquired by AP.

In one of the emails, He Jiankui apparently wrote to Mello, “Good news! The woman is pregnant, the genome editing a success! The embryo with CCR5 gene edited was transplanted to the woman 12 days ago, and today the pregnancy is confirmed.”

Mello, on his part, appears to distance himself from the research, saying he was pleased for He, but that he would “rather not be kept in the loop.” He also told He Jiankui he didn’t believe the experiment was the appropriate use of CRISPR because there was no “true unmet medical need. You are risking the health of the child you are editing … I just don’t see why you are doing this.”

Mello and Deem are just a couple of U.S. scientists who were either involved in the research (Deem) or aware of it. Some, like Mello, appeared to be well-informed about the Chinese researcher’s work, while others, such as Sheila Jasanoff with Harvard University and Max Haeussler of UC Santa Cruz, who had interactions with him, only had had discussions or exchanges with He Jiankui that hinted at his work, but only in retrospect did they realize how far he had gone.

Joyce Harper of the Institute for Women’s Health at University College London told Newsweek that Mello should have reported the information to an official committee or the press. “The National Academy of Sciences had produced a detailed document on gene editing in 2017, and Mello could have approached this committee to discuss his concerns. Actions such as Dr. He’s totally undermines scientific and clinical research as well the harmful consequences it could have to the children born as the result of this highly experimental procedure. I appreciate whistleblowing is never easy but we need a system where this does not happen again.”

The National Science Foundation (NSF)’s Office of Inspector General is reportedly investigating Deem. Deem’s own research is funded by two active federal grants from the NSF and from the Department of Energy. The NSF’s is a five-year, $12-million grant, which ends in August. It is currently unknown if any of these federal monies were used for the Chinese CRISPR work. Rice University stated it was unaware of the CRISPR babies research and as far as it knew, none was performed in the U.S. It too has launched a full investigation.

STAT notes, “Even if he didn’t use federal funds for the work, government regulations require researchers to seek approval from an ethics committee at their institution should they want to carry out clinical trials abroad.”