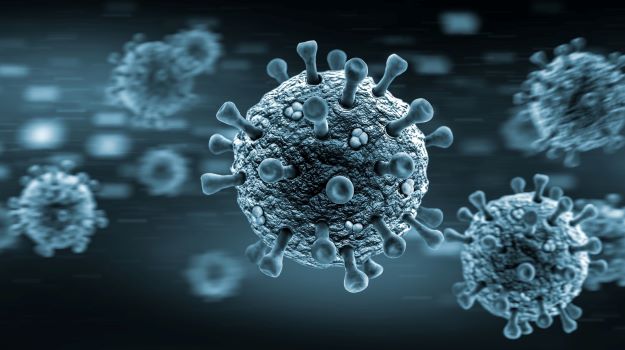 Moderna reported yesterday that its COVID-19 vaccine offers protection against variants of the virus that are being reported. Last week, Pfizer and BioNTech announced that their COVID-19 vaccine was probably just as effective against the variant strain of the virus, B.1.1.7, found in the U.K. The variant was believed to have emerged in the U.K. in September 2020 and is noted to be more infectious, and possibly more deadly. British scientists suggested last week that the U.K. variant may be approximately 30% more lethal than the most common strain that came out of China. But they’re not completely sure of this yet.

Anthony Fauci, director of the U.S. National Institutes of Allergy and Infectious Diseases, noted that U.S. researchers will need to evaluate the U.K. data themselves, but have no reason to doubt their findings. “We need to assume now that what has been circulating dominantly in the U.K. does have a certain degree of increase in what we call virulence, namely the power of the virus to cause more damage, including death.”

Moderna stated that it found “no significant impact on neutralizing titers against the B.1.1.7 (UK) variant relative to prior variants.”

Paul Offit, director of the Vaccine Education Center at Children’s Hospital of Philadelphia, and a member of the U.S. Food and Drug Administration (FDA)’s Vaccines and Related Biological Products Advisory Committee, lauded Moderna’s preparations. He stated, “This is not a problem yet. Prepare for it. Sequence these viruses. Get ready just in case a variant emerges, which is resistant” to the vaccine.

To date, the U.K. and South African variants do not appear to be more deadly than the earlier, more common China virus, but they do appear to be more contagious. The U.S. Centers for Disease Control and Prevention (CDC) has said that the U.K. variant could become the dominant strain in the U.S. by March. “It is highly likely there are many variants evolving simultaneously across the globe,” Jason McDonald, CDC spokesman, told CNBC earlier this month.

Yet another variant, this one originating in Brazil, dubbed P.1, has shown up in the U.S., in Minnesota. The individual had recently traveled to Brazil. Scientists seem even more concerned about this variant than they were about the South African variant. A study in the journal Science estimated that 76% of the population of Manaus, Brazil had already been infected, which should bring it close to herd immunity. But there are concerns that the P.1 variant is able to dodge the human immune system, although there isn’t much evidence to support that yet.

The Brazil variant “is probably the one causing the most concern among people watching this,” said William Hanage, an epidemiologist at the Harvard TH Chan School of Public Health. “It is fair to say that P.1 is the object of very, very serious attention and concern among epidemiologists. We don’t know why it has been so successful in Manaus.”

To date, the South African variant has not been identified in the U.S., which doesn’t mean it is not present. Not all COVID-19 testing conducts genotyping to determine the strains.

Most of the existing COVID-19 vaccines focus on the SARS-CoV-2 virus’s spike (S) protein. The virus uses this protein to latch onto the ACE receptor on human cells, acting like a key in a lock, to enter the cell, where it can begin reproducing itself. In the case of both the Moderna and Pfizer-BioNTech vaccines, they use messenger RNA (mRNA) to code for what is called an epitope, or a particular section, of the S protein. The concern is whether there will be mutations in those specific epitopes, causing the vaccines to be ineffective against new strains. One advantage of mRNA vaccines is they can be modified quickly to adapt to these new strains, although whether they would need to undergo extensive clinical trials and approvals is not clear.

Viruses mutate, and the more widespread they are in large populations, the more likely they are to mutate. The vast majority of those mutations are harmless.

In order to slow the spread of new strains into the U.S., President Biden issued restricted travel from South Africa and re-established a ban on most travel into the U.S. from Europe, the U.K. and Brazil.

At this point, most researchers believe the existing vaccines are effective against the new variants. Fauci stated, “What we will do and are doing already is making preparations for the possibility that down the pipe, down the line, we may need to modify and upgrade the vaccines. We don’t need to do that right now. The best way to prevent the further evolution of these mutants is to vaccinate as many people as possible with the vaccines that we have currently available to us.”