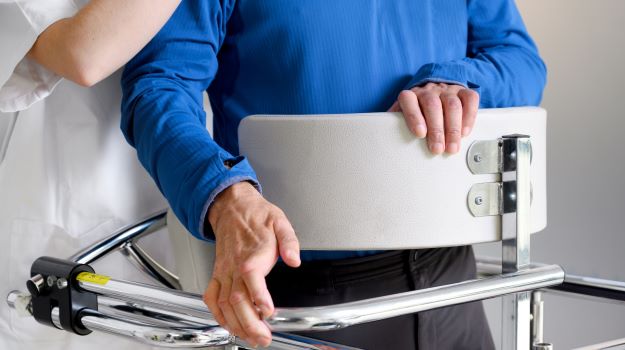 Two researchers affiliated with Northwestern University have discovered a new drug that may outperform existing treatments for amyotrophic lateral sclerosis (ALS). The drug, NU-9, was created with a novel mechanism that will require extensive testing before being deemed safe for large-scale human trials. Findings were published in Nature earlier this year, with hopes to advance the drug in a clinical setting within the upcoming years.

The article’s abstract begins by highlighting those clinical studies to date that do not evaluate the improvement of diseased upper motor neurons (UMN), revealing a concerning gap in ALS data. Motor neuron death in ALS is attributed in part to the death of UMN and their axons, which are responsible for initiating bodily movement and sending those signals from the brain. To combat this, NU-9 lengthens the axons of the affected neurons to help the body continue to transmit signals.

Mouse models with ALS successfully demonstrated the mechanism’s efficacy. One of the studies was a seven-day repeat dose toxicity study, in which mice were orally dosed once every day for a week. After the dosing, the deceased subjects were analyzed using epifluorescent microscopy, immunocytochemistry and culturing of the UMN in the subjects’ primary motor cortices.

"It is a long process -- possibly 10 to 12 years -- to discover and bring a new drug to the market," he said. "But this drug has us very excited and hopeful about its possibilities to improve the lives of ALS patients, who have been without hope for so long."

As NU-9 advances toward a clinical setting, Silverman launched Akava, which refers to the novel drug as AKV9. Additional preclinical dosage and toxicity studies are underway to support an Investigational New Drug application to be filed with the U.S. Food and Drug Administration (FDA). Phase I clinical studies are anticipated to begin in 2023, with Phase II initiations to follow soon behind.

According to Johns Hopkins Medicine, ALS is a disease that occurs spontaneously and typically develops in people between the ages of 40 and 70. In over 90% of cases, there is no clear cause of the disease. The remaining subpopulation has an autosomal dominant genetic inheritance of ALS.

One of the current standard-of-care treatments for ALS is riluzole, which blocks glutamate activity, thought to cause nerve damage. By blocking this activity, riluzole aims to slow the progression of ALS. The U.S. Food and Drug Administration (FDA) also recently approved edaravone for the treatment of ALS. This second option protects the patient from oxidative stress by inhibiting nitration of tyrosine, thus improving motor function. These are the only two FDA-approved options for patients with the debilitating disease.

The research team found that the new drug’s mechanism is further enhanced when combined with riluzole and edaravone, which could mean that it will be used as an add-on treatment. The combination treatment resulted in axon lengthening that surpassed what was seen during singular drug treatment. These axons displayed additional signs of health, such as branching and arborization.