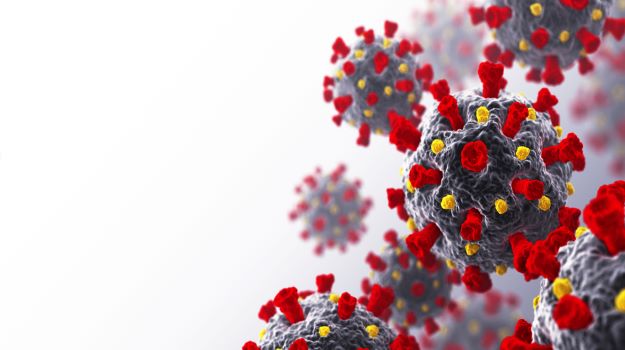 A New Strain of SARS-CoV-2 ID’ed in UK

In a December 8, 2020 meeting with U.K. scientists and public health experts, it was announced that there was a growing new strain of the SARS-CoV-2 virus that causes COVID-19. The news has resulted in stricter lockdown measures in the U.K. and several countries, including the Netherlands, Belgium, and Italy, halting passenger flights from the U.K. But the question remains, How important is this? The strain, B.1.1.7 appears to be more contagious than other strains, although not more deadly. Not all scientists believe it is more contagious, although most are wondering how B.1.1.7 acquired 17 mutations seemingly all at once.

The typical mutation rate of SARS-CoV-2 appears to be about one to two changes per month. Researchers say, however, they have never seen a virus acquire more than a dozen mutations at once. They suspect it happened during a long infection of a single patient. Of the 17 mutations, eight are in the gene that encodes the spike protein. Two are particularly concerning. One is N501Y, which has been previously shown to increase how the spike protein binds to the ACE2 receptor. The other, 69-70, leads to the loss of two amino acids in the spike protein and seems to help viruses evade the immune response in some immunocompromised patients.

In research in South Africa in B.1.1.7, there is anecdotal evidence that the variant causes more severe illness, particularly in young people and in people who are otherwise healthy. However, as with most of this research, there isn’t enough data to be certain. Some researchers believe it’s entirely possible that younger people are getting sick simpler because so many more people are being infected. It may take months to get definitive answers. At this time there does not appear to be evidence that the mutations are enough for the viruses to dodge the currently authorized vaccines by Pfizer-BioNTech and Moderna, which focus on parts of the S protein.

Vin Gupta, affiliate assistant professor from the University of Washington’s Institute for Health Metrics and Evaluation, told CNBC, “There is a strong belief here that the vaccine, as it exists today … will have effectiveness in warding off infection from this new strain in England, in addition to the old strain that we’ve been contending with for months now.”

Having Trouble Recognizing People in Masks? You’re Not Alone

Researchers at Ben-Gurion University of the Negev (BGU) in Israel and York University in Canada studied the effects of mask-wearing using a modified version of the Cambridge Face Memory Test. This is a standard for assessing facial perception. The study was conducted online with almost 500 people. They found that the success rate of identifying someone wearing a mask was decreased by 15%. The masks, they found, also interfered with “extracting a holistic impression of faces and led to feature-by-feature processing which is a less accurate and more time-consuming strategy.”

Investigators with the University of Texas Health Science Center at Houston used human-induced pluripotent stem cells from a single family’s blood samples, and discovered a gene signaling pathway associated with a higher risk of schizophrenia. The pathway is phosphor-inositide 3-kinase/glycogen synthase kinase 3 (PI3K/GSK3). One of the differentially expressed genes along the pathway is serum-glucocorticoid kinase 1 (SGK1), an inhibitor of GSK3 beta, which has been linked with schizophrenia. This may have implications for treatment of schizophrenia, because there are new antipsychotic drugs recently approved that directly target the pathway.

A Better Understanding of the Coronavirus Spike Protein

A spike “S” protein on the surface of the SARS-CoV-2 virus that causes COVID-19 helps the virus enter human cells. It is also the primary focus of the vaccines developed by Pfizer-BioNTech and Moderna and other companies. Researchers at the Department of Energy’s SLAC National Accelerator Laboratory and Stanford University conducted detailed analysis of spike proteins in a less-lethal coronavirus. They created the first detailed images of the spikes in their natural state, while they’re still attached to the virus, and did not require chemical fixatives that could distort the shape of the spike protein. It was published in the journal QRB Discovery.

“This study is the first to show that the presence of neurological symptoms, particularly stroke and confused or altered thinking, may indicate a more serious course of illness, even when pulmonary problems aren’t severe,” said David Altschul, chief of the division of neurovascular surgery at Einstein and Montefiore and associate professor in the Leo M. Davidoff Department of Neurological Surgery and of radiology at Einstein. “Hospitals can use this knowledge to prioritize treatment and, hopefully, save more lives during this pandemic.”

Among patients who received brain imaging, 55 were diagnosed with stroke and 258 showed confusion or altered thinking ability. They found the stroke patients were twice as likely to die compared to their matched controls. People who displayed confusion had a 40% mortality rate compared to 33% in their matched controls. More than half of the patients who had a stroke did not have hypertension or other underlying risk factors for stroke.

“This highly unusual finding agrees with other studies of people with COVID-19 in suggesting that infection with the novel coronavirus is itself a risk factor for stroke,” Altschul said.