Research Roundup: Sleep is Good for the Brain’s Immune System and More 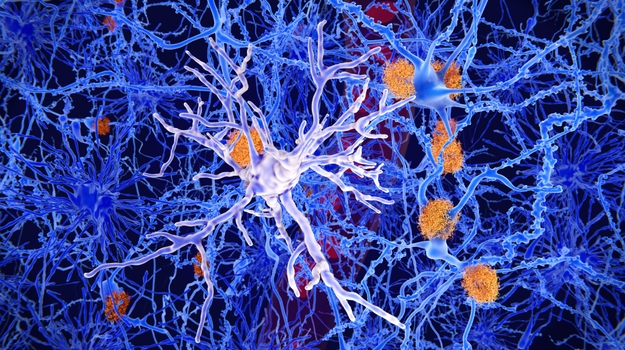 The Brain’s Immune System Most Active While We Sleep

The brain has a set of its own immune cells called microglia. These cells, which are increasingly gaining the attention of Alzheimer’s researchers, play a significant role in reorganizing nerve cell connections, battling infections, and repairing damage. New research found that the majority of this activity occurs while we sleep. The research was published in the journal Nature Neuroscience.

“It has largely been assumed that the dynamic movement of microglial processes is not sensitive to the behavioral state of the animal,” said Ania Majewska, professor in the University of Rochester Medical Center’s (URMC) Del Monte Institute for Neuroscience and lead author of the study. “This research shows that the signals in our brain that modulate the sleep and awake state also act as a switch that turns the immune system off and on.”

The study examined the role of norepinephrine, a neurotransmitter that signals arousal and stress in the central nervous system. While we sleep, the chemical is present in low levels, but when it increases, it arouses nerve cells, resulting in people waking up and becoming alert. Norepinephrine acts on a specific receptor, the beta2 adrenergic receptor, which is expressed at high levels in microglia. When norepinephrine is present in the brain, the microglia hibernate. The research used advanced imaging to observe the activity in the living brain.

“This work suggests that the enhanced remodeling of neural circuits and repair of lesions during sleep may be mediated in part by the ability of microglia to dynamically interact with the brain,” said Rianne Stowell, a postdoctoral associate at URMC and first author of the paper. “Altogether, this research also shows that microglia are exquisitely sensitive to signals that modulate brain function and that microglial dynamics and functions are modulated by the behavioral state of the animal.”

The evolution of diet and hygiene in Western civilization decreased bacteria, which led to improved overall health. But as our understanding of the microbiome increases, there is speculation that it also led to depletion of the microbiome, which led to complex conditions like allergies, autoimmune and gastrointestinal diseases, and obesity. Researchers published a study that showed the differences between Western and non-Western or prehistoric microbiomes and how the decreases in some types of bacteria led to a range of modern diseases. But wash your hands anyway!

How Malaria Can Cause Organ Damage

Spread by mosquitoes, malaria results in periodic flu-like symptoms and severe fever. The most severe cases result in tissue damage and potentially fatal organ failure. Researchers have identified a possible mechanism for the organ failure. The malaria parasites stimulate an immune reaction. But if it escalates systemically, it can damage tissues. The type of white blood cell involved in the neutrophil. Neutrophils react to pathogens by releasing neutrophil extracellular traps, or NETs, which trap and kill microbes. The NETs can also attack the body.

The invention of prime editing was led by David Liu of the Broad Institute of MIT and Harvard and postdoctoral fellow Andrew Anzalone. Liu had invented an earlier modification called base editing, which had some limitations. The new prime technique allows for the cutting and insertion of any nucleotide and in experiments, up to as many as 80 nucleotides at a time. Prime editing can also work in non-dividing cells, such as neurons and muscle cells.

The Blue Light from Phones and Computers Is Making You Old

It’s well-known that the blue light from phones and computers affects circadian rhythms and hence sleep. New research out of Oregon State University finds that the blue light may be affecting longevity, even if it’s not shining in your eyes. The research suggests that the blue wavelengths produced by light-emitting diodes actually damage cells in the brain as well as retinas. The research was conducted on fruit flies, which shares cellular and developmental mechanisms with a wide variety of animals and humans.

Dementia, which is a broad range of diseases that can include Alzheimer’s, is influenced by family history, genetic variations, and conditions such as cardiovascular disease and diabetes. New research found that people with dementia whose parents also had dementia develop symptoms on average six years earlier than their parents did. Factors like education, blood pressure and the APOE4 gene variant that increases the risk of Alzheimer’s accounted for less than a third of the age-of-onset variability. The bottom line is about two-thirds of what causes dementia is unknown.

When an individual’s spinal cord is damaged that causes paralysis or decreased mobility, the damage doesn’t always stop after the initial trauma. There are few ways to slow the damage and none to cure it. But researchers at Rensselaer Polytechnic Institute have developed a biomaterial out of polymerized estrogen that appears to both slow the damage and promote regeneration. Estrogen is known to be neuroprotective. Their polymerized estrogen can be implanted directly on the spinal cord and could potentially release estrogen as a therapeutic over several years.