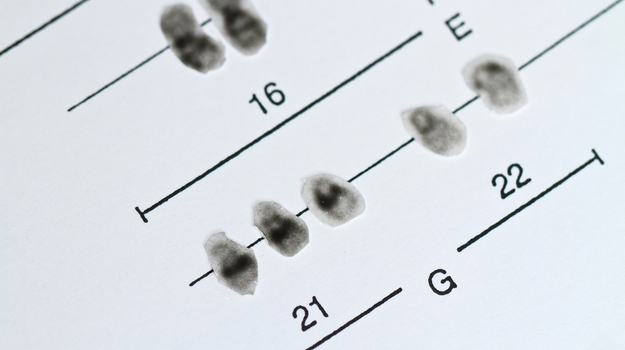 Key Pathway IDed Related to Memory Problems in Down Syndrome

Down syndrome is a disorder caused by an additional chromosome 21—trisomy 21. It is the most common genetic cause of intellectual disability. Memory problems are a major hallmark of Down syndrome. Researchers at Baylor College of Medicine identified faults in a conserved stress pathway called the “integrated stress response” (ISR), that may explain the cognitive deficits, at least in a mouse model of Down syndrome. They published their research in the journal Science.

“In the current study, we investigated the role protein homeostasis networks play in Down syndrome,” said corresponding author Mauro Costa-Mattioli, professor of neuroscience and Cullen Foundation Endowed Chair at Baylor College of Medicine. “A decline in protein homeostasis networks is strongly linked to several neurological conditions, from aging to neurodegenerative disorders, but little was known about its role in Down syndrome.”

Afib is a type of arrhythmia or abnormal or irregular heart rhythm. Although it can cause stroke or heart failure, it’s not immediately life-threatening. Researchers at Ben-Gurion University National Institute for Biotechnology in the Negev (NIBN), Israel, identified a mutation in the KCND2 gene involved in the potassium ion channel in the heart. As a result of this finding, they are developing a new anti-arrhythmia medication.

Researchers found that mammalian insulin activates an antiviral immunity pathway in mosquitos. This pathway increases mosquitoes’ ability to suppress the West Nile virus. They found that the JAK/STAT pathway is involved in this immunity, which they believe will bring them one step closer to developing an intervention for the disease.

Researchers at University of California, Los Angeles (UCLA) ran a large scale analyses of 430 kinase inhibitors that are known targets within cellular signaling pathways and are often used in clinical treatment. The results found multiple inhibitors that block nucleotide metabolism. In addition to providing insight into how existing drugs impact metabolic networks, it could potentially lead to new understanding of how these drugs work clinically and new treatments.

The microbiome is the trillions of bacteria, viruses and fungi that live in the human body Researchers recently found a link between a “dysbiosis,” or imbalance in the gut microbiota, that promotes the onset of colorectal cancer. The researchers took microbial flora from fecal material from colon cancer patients and transplanted them into mice. They found this caused the mice lesions and epigenetic changes similar to the development of a malignant tumor.

Researchers from the Universität Autonoma de Barcelona and the Centre of Genomic Regulation (CRG) created the BacFITBase database. The group systematically described the bacterial genes relevant for host cell invasion and infection. The database holds more than 90,000 entries with data on specific pathogenic bacterial genes and their contribution to infectious conditions in five different host species. It includes information on a total of 15 bacteria species and five vertebrate models—cow, pig, hen, mouse and rabbit, with data across 10 different tissues.

Researchers from the University of Würzburg developed a system to grow complex organoids in petri dishes that are closer to human organs than ever before. “We used a trick to achieve our goal,” said Philipp Wörsdörfer, anatomist at the University of Wurzburg. “First we created so-called mesodermal progenitor cells from pluripotent stem cells.”

They then mixed the cells with tumor cells and with brain stem cells that had been generated from human iPS cells. The combination grew into a complex three-dimensional tumor or brain organoids in the Petri dish. They included functional blood vessels, connective tissue, and in the brain tissue, brain-specific immune cells known as microglia cells.