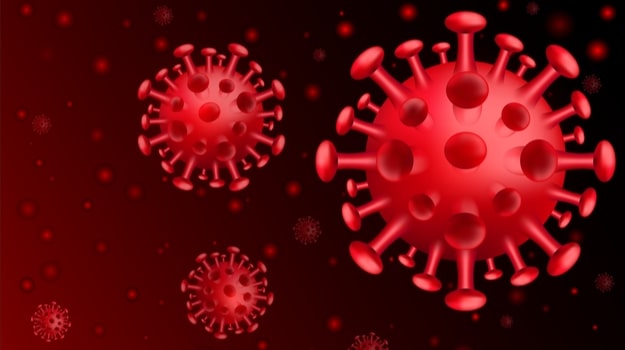 Investigators with the Karolinska Institute in Sweden found that a specific type of anti-bacterial T-cells known as MAIT cells, are strongly activated in moderate to severe COVID-19 patients. About 1 to 5% of T-cells in healthy people are MAIT cells (mucosa-associated invariant T-cells) that are primarily involved in controlling bacteria but can be recruited by the immune system to fight viral infections. In a small study of 24 moderate to severe COVID-19 patients compared to 14 healthy controls and 45 people who had recovered from COVID-19, they found that MAIT cells in the blood dropped significantly in patients with moderate or severe COVID-19 and the remaining cells in circulation were highly activated. This suggests that the MAIT cells were involved in the immune response against SARS-CoV-2. The research was published in the journal Science Immunology.

“To find potential treatments against COVID-19, it is important to understand in detail how our immune system reacts and, in some cases, perhaps contribute to worsening the disease,” said Johan Sandberg, professor at the Department of Medicine Huddinge, at Karolinska Institute, and the study’s corresponding author. “Taken together, these analyses indicate that the reduced number of MAIT cells in the blood of COVID-19 patients is at least partly due to increased accumulation in the airways.”

They interpret the data that MAIT cells are engaged early on in both the systemic immune response and in the local immune response in the airways. They are recruited there from the blood by inflammatory signals. They likely contribute to the fast, innate immune responses seen against the virus. But in some people, the activation of MAIT cells is excessive and this is associated with the most severe disease.

Brain shrinkage is part of normal aging, but how it occurs in healthy people is markedly different from what is seen in people developing neurodegenerative diseases such as Alzheimer’s. Researchers at the University of Texas Health Science Center at San Antonio studied the genes and 45,000 MRIs in healthy adults. They identified 160 genes associated with brain shrinkage. The authors note the importance of understanding the biology of multiple regions of the cortex because each area is affected differently in different types of neurodegeneration. The identification of these genes will provide new areas of research for various neurological diseases associated with brain shrinkage.

Generally, men are more severely affected by COVID-19 than women. New research out of the University of Mersin and the Mersin City Education and Research Hospital in Turkey found that men’s testosterone level decreases, and as it does, the likelihood of ending up in the intensive care unit significantly increased. Earlier research has suggested that low testosterone levels were linked to a poor prognosis after a positive SARS-CoV-2 test, but this study suggests that the disease itself depletes testosterone.

Several hundred different genetic variants have been associated with a risk of developing obesity. Researchers at the University of Copenhagen now identified populations of cells that are all in the brain that appear to play a role in the development of obesity. The genetic variants are strongly associated with obesity and are located near genes expressed by 26 cell populations that act as different types of neurons. These cells appear to be involved in processing sensory stimuli and directing actions associated with feeding and behavior. There also appear to be specific brain cell types that play a role in learning and memory in obesity.

Senescent cells are essentially cells that are no longer dividing but are still alive. They have been linked to aging and diseases of the aging, and a number of companies are working on therapies in this area. But researchers at the Medical College of Georgia found that in younger people, at least after a major injury, senescent cells appear quickly and seem to be protective. They modeled this in hemorrhagic shock, a loss of blood and the oxygen and nutrients it delivers that makes up about 30 to 40% of trauma-related deaths from things like shootings and car accidents. They focused on the liver. They found that after hemorrhagic shock, a population of liver cells become senescent fast.

Scientists at the University of Pennsylvania School of Medicine found that late-onset Alzheimer’s disease is driven by epigenetic changes in the brain. Epigenetics are a way in which genes are switched on or off depending on a variety of often environmental conditions. The researchers studied post-mortem brain tissue and compared it to healthy younger and older brain cells in Alzheimer’s disease. They found evidence that epigenetic regulators disable protective pathways and allow pro-disease pathways in patients with Alzheimer’s.

Nancy Bonini, professor of Biology and Cell and Developmental Biology at the Perelman School of Medicine at Penn, said, “Based on our findings, there is a reconfiguration of the epigenomic landscape—that’s the DNA genome plus associated proteins—normally with age in the brain. These changes fail to occur in Alzheimer’s and instead other changes occur. What’s remarkable is that the simple fruit fly Drosophila, in which we can express Alzheimer’s associated proteins and confer an Alzheimer’s effect, confirms that the specific types of changes to the epigenome we predict are associated with Alzheimer’s do exaggerate the toxicity of Alzheimer’s proteins.”

The specific epigenomic marks are H3K27ac and H3K9ac, and they affect disease pathways by disrupting transcription- and chromatin-gene feedback loops. They believe that identification of this may highlight potential strategies to modulate the marks for early-stage disease treatment.