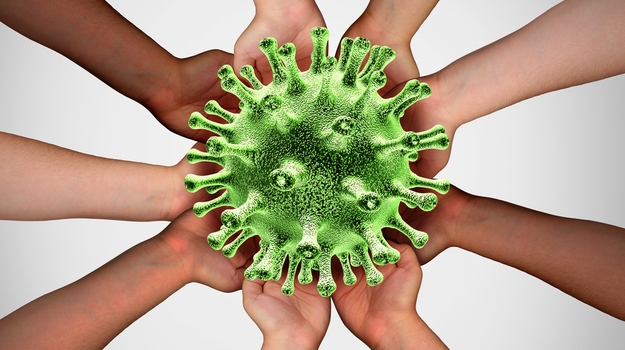 Physicians and staff at University of California Davis Health treated the first COVID-19 patient in the U.S. that was determined to be via community transmission—that is to say, did not acquire the disease via travel from China. The researchers published a detailed case study of the case and how they treated her. They also describe how the woman’s symptoms matched and varied from published research of COVID-19 at the time. It was published in Clinical Infectious Diseases.

The patient was an otherwise healthy woman in her 40s. She was admitted to UC Davis with a respiratory infection. Chest imaging suggested community-acquired pneumonia. Within 24 hours, her breathing status deteriorated, she was intubated and dosed with antibiotics including linezolid, piperacillin-tazobactam and azithromycin. None seemed to clear the source of the infection. They suspected COVID-19, but because the CDC guidelines at the time cited travel to high-risk countries, China at the time, she did not meet the criteria for testing.

The patient went on to develop acute respiratory distress syndrome, where fluid builds up in the lungs and limits oxygen to reach the bloodstream. She then developed septic shock, a sharp drop in blood pressure that is a reaction to severe infection. She was then tested for COVID-19 and came back positive.

She was dosed with Gilead Sciences’ experimental antiviral remdesivir with the approval of the FDA. The patient, after several infusions, improved, requiring less ventilator support and improved blood oxygen levels and chest x-rays. Fourteen days after being admitted, she was taken off the mechanical ventilator and has since been discharged and is recovering at home.

“Given the urgent need to find an effective treatment for COVID-19, clinical trials are essential for determining, from a scientific standpoint, if remdesivir is safe and effective,” said Allison Brashear, dean of the UC Davis School of Medicine. “With this new study funded by the NIH, UC Davis will be an important contributor to these critical efforts.”

One of the responses to the case was the CDC updated its guidelines so any hospitalized patient with severe symptoms, such as acute respiratory distress syndrome or pneumonia that doesn’t have any other diagnosis, can be tested for COVID019.

Working memory is the ability to hold a thought in your head even while distracted. It is impaired in diseases such as schizophrenia and Alzheimer’s. Yale University researchers identified a key molecule that helps neurons maintain information in working memory. The prefrontal cortical circuits need the neurotransmitter acetylcholine stimulating muscarinic M1 receptors that are on the surface of neurons. The researchers note that a drug currently under development for schizophrenia stimulates the M1 receptor.

Eating a plant-based diet has generally been associated with lower risk of heart disease, but seemingly more for the fat in meat than molecules in plants. Researchers at Harvard Medical School and Brigham and Women's Hospital analyzed data from more than 200,000 people in three different studies and determined that eating tofu and plant-based diets had significantly lower risk of heart disease. And they associated the benefit with the higher amounts of isoflavones associated with these foods. The primary benefit of tofu appeared in premenopausal women or postmenopausal women who were not taking hormones.

Physicians at the University of Ottawa (Canada) devised a palliative care plan for COVID-19 with eight critical elements. They are: stuff, staff, space, systems, sedation, separation, communication and equity. It was published in the Canadian Medical Association Journal.

“The current COVID-19 pandemic will likely strain our palliative services beyond capacity,” said James Downar, head of the Division of Palliative Care at the University of Ottawa and a palliative care physician at The Ottawa Hospital and Bruyere Continuing Care. “We advise acting now to stockpile medications and supplies used in palliative care, train staff to meet palliative care needs, optimize our space, refine our systems, alleviate the effects of separation, have critical conversations, and focus on marginalized populations to ensure that all patients who require palliative care receive it.”

Some types of epilepsy appear linked to inflammation in certain parts of the brain. Researchers at the University of Bonn have identified a mechanism behind this association, which may lead the way to new therapeutic options. The investigators identified an autoantibody that seems to be responsible for encephalitis in some patients. The autoantibody is directed against the Debrin protein, which ensures that the contact points between nerve cells function properly.

Genetic Architecture of the Brain

More than 360 researchers from 184 institutions worked together to find more than 200 regions of the human genome and more than 300 specific genetic variations involved in the architecture of the cerebral cortex. They believe this information plays significant roles in psychiatric and neurological conditions. The cerebral cortex is the thin, folded, outer “gray matter” layer of the brain that is important in thinking, processing information, memory and attention. The research was published in the journal Science and led by co-senior authors Jason Stein, assistant professor in the Department of Genetics at the UNC School of Medicine, Sara Medland, senior research fellow at the QIMR Berghofer Medical Research Institute in Australia, and Paul Thompson, associate director of the Mark and Mary Stevens Neuroimaging and Informatics Institute at the University of Southern California. They founded the ENIGMA Consortium a decade ago.

“This study was only possible due to a huge scientific collaboration of more than 60 sites involved in MRI scanning and genotyping participants,” Stein said. “This study is the crown jewel of the ENIGMA Consortium, so far.”

The researchers analyzed MRI scans and DNA from more than 50,000 people to identify 306 genetic variants that influence brain structure. Some of the variants are associated with cortical folding, others with the thickness of the cortex. Other genes that determine surface area are linked to very early development in the fetal cortex. Individuals at genetic risk for depression or insomnia are genetically predisposed toward having lower surface area, and individuals with a genetic risk for Parkinson’s disease usually have higher surface area. Those were just some of the study’s findings.