Replicate Launches with $40 Million to Eliminate Drug Resistance in Cancer 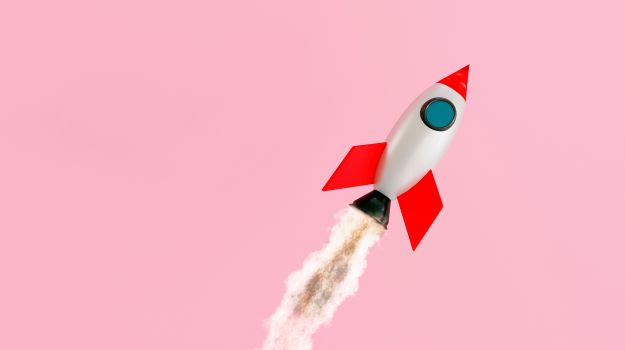 Self-replicating RNAs are able to copy themselves inside cells. They then instruct the cell to manufacture specific proteins. The company leverages synthetic biology, original molecular design principles, and a proprietary library of virally derived vectors to design custom srRNAs. The advantages to their approach include lower dosing levels compared to other RNA or srRNA approaches, increased duration of therapeutic effect, and the ability to selectively program the therapies to activate or evade the immune system.

RNA has been a hot area, particularly with the advent of the messenger RNA (mRNA) vaccines developed by Pfizer-BioNTech and Moderna. mRNA technology provides instructions to cells on how to manufacture proteins. After that occurs, the mRNA degrades after a few days. Self-replicating RNAs delivers both the instructions and a copier to the cell. This allows for the production of significantly more proteins than traditional RNA therapeutics, which should create longer clinical effects at lower doses.

“Next-generation srRNA agents are taking RNA therapeutics into many more areas of disease treatment, and what Replicate is doing to define and expand this field is completely new and exciting,” said Michael Ehlers, Chief Scientific Officer of ATP and a venture partner at the company. “ATP is investing in Replicate because we see the company’s technology as a quantum leap in RNA therapeutics.”

Replicate, which was founded in February 2020, currently has four pipeline programs, all in the discovery or preclinical phase. These include RBI-1000, an endocrine therapy resistance for breast cancer; RBI-2000, immunotherapy resistance for solid tumors; RBI-3000, targeted therapy resistance for lung cancer; and RBI-8000, inflammasome for inflammatory disease and autoimmune disorders. The first therapy is expected to begin clinical trials in the second half of 2022.

“We started Replicate to build a best-in-class srRNA platform from scratch — to pursue our vision of a better way to make srRNAs that we are convinced can solve life-threatening medical problems, from drug resistance in cancer to autoimmune and inflammatory disorders and more,” said Nathaniel Wang. “We are thrilled to partner with ATP, to accelerate our progress towards realizing that vision for patients.”

Parinaz (Paris) Aliahmad is Replicate’s Head of Research. Prior to joining Replicate, she headed the development of Arena Pharmaceuticals’ early-stage pipeline. She also had roles at Janssen and Synthetic Genomics.

The company’s board chairman is Michael Ehlers. The board includes Wang; Seth Harrison, founder and managing partner of ATP; and Joseph A. Yanchik III, a venture partner at ATP.

Replicate’s Scientific Advisory Board includes Lyerly and Hartman, as well as Philip Santangelo, a spatial biologist and professor of biomedical engineering at Georgia Institute of Technology and Emory University and Jeffrey Ulmer, former head of preclinical R&D at GlaxoSmithKline and former global head of external research at Novartis.