Seeing is Believing: Hospital for Special Surgery First in U.S. to Use Augmented Reality Platform for Knee Replacement

NEW YORK, Dec. 17, 2020 /PRNewswire/ -- An orthopedic surgeon at Hospital for Special Surgery (HSS) has performed the first augmented reality (AR) knee replacement in the United States. The new technology was designed and engineered with artificial intelligence and machine learning. 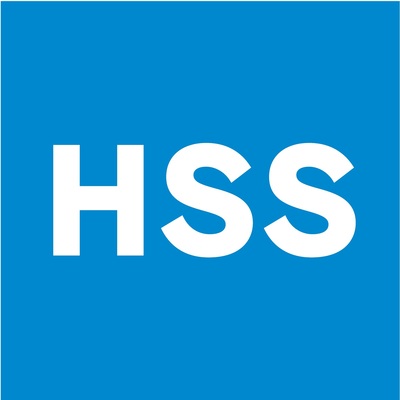 Augmented reality refers to digital information that is superimposed on a user's view of the physical environment. An example would be a design app that allows you to visualize a 3D model of furniture or décor in your home before you buy it.

The augmented reality knee replacement platform, known as NextARTM TKA, received clearance from the U.S. Food and Drug Administration (FDA) in July. It utilizes a preoperative CT scan of the patient's knee for surgical planning and the use of augmented reality glasses during surgery. The smart glasses allow the orthopedic surgeon to visualize the structures of the knee and track progress in real time directly on the operative field, without having to look over at a computer screen.

"It's like a car that has the speedometer projected on the windshield, so you don't have to look down when you're driving," says Jonathan Vigdorchik, MD, the orthopedic surgeon who performed the procedure last week at HSS. Taking the car analogy one step further, he compares the AR knee replacement platform to GPS. "Everyone knows how to drive home, but you use GPS technology to find the best and most efficient route to take."

Dr. Vigdorchik notes that the enhanced visualization provided by the augmented reality platform allows for ultraprecise alignment and positioning of the knee implant. "Over the past few years, we've learned that optimal balancing of the knee ligaments results in a joint replacement that feels more natural and lowers the risk of instability," he explains. "Every person's knee is different in terms of their ligaments. Some ligaments are tighter, some are looser. The platform provides direct tracking of the collateral ligaments and a 3D analysis of soft tissue throughout the whole range of motion during surgery, and this allows for optimal ligament balancing for each patient."

The compact, streamlined nature of the system could also provide economic benefits to the healthcare system, according to Dr. Vigdorchik. "It's a portable system that can be used in ambulatory surgery centers in addition to hospital ORs," he notes. "In addition, the high level of precision of the AR platform could decrease operating time and translate into greater efficiency. This is particularly advantageous in the current health care environment, as surgeons and hospitals may still be catching up on elective knee replacements that were deferred during the pandemic lockdown."

Dr. Vigdorchik notes that as more surgeries are performed with the AR system, he will follow patients and collect data to see how the technology compares to robotic-assisted navigation and standard knee replacement surgeries. The ultimate goal is to provide personalized care and achieve the best outcome for each individual patient.

HSS is the world's leading academic medical center focused on musculoskeletal health. At its core is Hospital for Special Surgery, nationally ranked No. 1 in orthopedics (for the 11th consecutive year), No. 4 in rheumatology by U.S. News & World Report (2020-2021), and named a leader in pediatric orthopedics by U.S. News & World Report "Best Children's Hospitals" list (2020-2021). Founded in 1863, the Hospital has the lowest complication and readmission rates in the nation for orthopedics, and among the lowest infection rates. HSS was the first in New York State to receive Magnet Recognition for Excellence in Nursing Service from the American Nurses Credentialing Center four consecutive times. The global standard total knee replacement was developed at HSS in 1969. An affiliate of Weill Cornell Medical College, HSS has a main campus in New York City and facilities in New Jersey, Connecticut and in the Long Island and Westchester County regions of New York State, as well as in Florida. In addition to patient care, HSS leads the field in research, innovation and education. The HSS Research Institute comprises 20 laboratories and 300 staff members focused on leading the advancement of musculoskeletal health through prevention of degeneration, tissue repair and tissue regeneration. The HSS Global Innovation Institute was formed in 2016 to realize the potential of new drugs, therapeutics and devices. The HSS Education Institute is a trusted leader in advancing musculoskeletal knowledge and research for physicians, nurses, allied health professionals, academic trainees, and consumers in more than 130 countries. The institution is collaborating with medical centers and other organizations to advance the quality and value of musculoskeletal care and to make world-class HSS care more widely accessible nationally and internationally. www.hss.edu.