Precision Gene Therapy on the Cusp 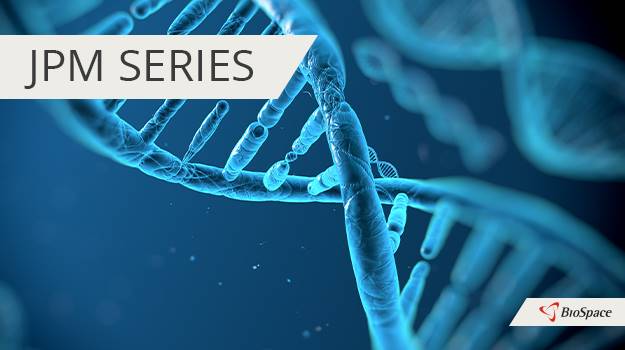 Precision is finally coming to gene therapy. After decades of targeting the relatively low-hanging fruit of Mendelian diseases (which have one predominant mutation), the technology has advanced sufficiently to enable scientists to go after more common conditions that may have multiple gene mutations. Precise gene edits and precise delivery are becoming possible, thus decreasing the risk of adverse events. Likewise, the nascent ability to up- and down-regulate gene therapies – just like small molecule drugs – means that any changes can be controlled, which makes them both finite and safer.

The emerging generation of precision gene therapies addresses what has been one of this genre’s greatest challenges to date: the risk of unintended consequences. “Many of the early gene editing techniques like CRISPR make a blunt end cut through both strands of DNA,” Dr. Sean Harper, M.D., co-founder and managing director of Westlake Village Biopartners, told BioSpace. “There is a real propensity of the repair enzymes in the cell to fix that cut through a process that can result, not infrequently, in insertions, deletions and transpositions,” which can cause major health problems, such as cancer.

“One of the biggest advances in the past two years has been prime editing, in which scientists cut one strand of DNA rather than both,” Harper said. “Because the DNA is sort of tethered, you can edit very precisely and with less risk. Prime editing doesn’t rely on the same kinds of enzymes as CRISPR, so it can be done in quiescent cells (neurons, for example).”

Editing is only one part of the challenge though. “Delivery of the editing machinery into the cells is a giant challenge,” Harper said, and it’s one people tend not to think about. Typically, a 40-50% success rate for editing is considered quite good, and many edit less than 20% of the targeted cells. Scientists are developing lipid nanoparticles that are very effective for targeting the liver, and potentially, bone marrow or spleen, but he said some of the greatest opportunities are in engineering adeno-associated viral vectors (AAVs) to enter particular cell types.

Another challenge gene therapy faces is its all-or-nothing, forever-on nature. Obsidian Therapeutics is working with Vertex Pharmaceuticals to deliver gene editing using an AAV, but in a way that allows the gene therapy to be regulated like a small molecule drug.

Obsidian’s cytoDRiVE® technology makes regulation possible by enabling the editing nuclease to activate only in the presence of a particular small molecule drug. When the drug leaves a patient’s system, the editing activity stops.

It works by using drug-responsive domains (DRDs) to control protein function. “We always use an FDA-approved drug as the small molecule,” Obsidian CEO Paul Wotton, Ph.D. told BioSpace. “The more drug you administer, the more therapeutic protein is present,” thus regulating the activity of the gene therapy.

Other technologies use a kill switch, so the therapy is either on or off. To Wotton’s knowledge, Obsidian has the only technology that enables up- and down-regulation. Potential benefits of this approach include limited off-target editing, longer treatment durability, reduced risk of immunogenicity and the provision of drug-like properties to the editing process.

“We’re at a very early preclinical phase with the Vertex collaboration, with commercialization years away,” Wotton said. Obsidian also has partnered with Bristol-Myers Squibb to develop the cytoDRiVE technology to control CDD40L protein function.

Obsidian’s lead internal program, OBX-115, is expected to enter the clinic in 2022 to treat metastatic melanoma. It combines cytoDRiVE technology with tumor-infiltrating lymphocytes (TILs) engineered with membrane-bound IL15. Data presented recently at the Annual Meeting of the Society for Immunotherapy of Cancer (SITC) indicated enhanced in vivo potency compared to conventional TIL products in PDX mouse models.

Another company, Renovacor, is looking beyond oncology to cardiology – specifically to dilated cardiomyopathy. Its precision gene replacement therapy targets patients with mutations in the BAG3 gene that causes lower levels of BAG3 in the heart. “We want to boost levels of BAG3 in the heart to address the root cause of this aggressive disease,” Matt Killeen, Ph.D., CSO, told BioSpace.

“This is one of the first therapies to bring a precision gene therapy approach to a genetic heart disease by addressing its underlying molecular drivers,” Killeen said. “We’re delivering the therapy directly to the heart, using a procedure that’s performed today to place pacemaker leads.”

During pacemaker implantation, surgeons inject dye into the venous system of the heart. Renovacor uses the same procedure but injects AAV9 BAG3 rather than dye. “This is a fairly routine procedure,” he added. Because the gene therapy is injected directly to the target, lower doses can be used, which could potentially reduce the risk of adverse events.

Rather than editing the genome, he reiterated, “We’re adding back a gene using an AAV9 capsid, which is trophic for the heart. It’s delivered to the cardiomyocytes and doesn’t change the genome.” One-time administration is the goal.

The therapy is in late-stage preclinical development, and Killeen said he anticipates Renovacor will file an investigational new drug application in mid-2022.

BAG3 gene therapy also appears to have applications in other forms of heart failure. For example, “We’ve shown that using a similar approach, we can increase cardiac function in mice that have had a heart attack.”

“We’re entering a golden age of cardiovascular medicine, using human genetics and advanced therapeutics to offer precision therapies to patients in the future. We’re on the cusp of profound advances in the coming years,” Killeen predicted.

That prediction is likely true for the entire field of precision gene therapy. There are innovations every month, Harper noted. “It’s crazy how rapidly the field of gene therapy is advancing.”