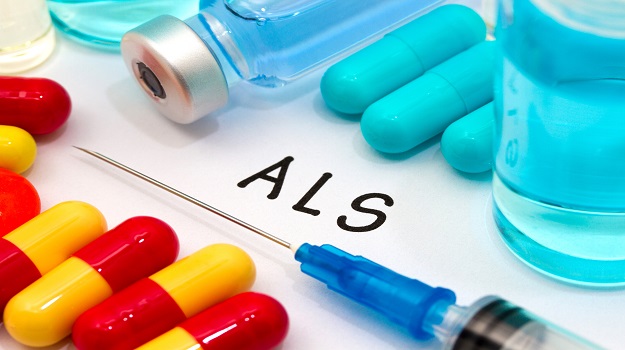 ALS is a progressive neurodegenerative disease affecting brain and spinal cord nerve cells. There are two types of ALS, sporadic and familial. Sporadic is the most common form in the U.S., making up 90 to 95 percent of all cases. Familial ALS (FALS) makes up 5 to 10 percent in the U.S., and as the name suggests, is an inherited form. In those families, there is a 50 percent chance each child will inherit the mutated gene and may develop the disease.

Of the FALS group, 20 percent of them have a mutation in the SOD1 gene that causes their ALS.

Martin Marsala and Mariana Bravo Hernandez of the UCSD injected a compound that silenced the SOD1 gene into a virus. They injected the virus into mice with an inherited ALS-like disease, just above their spinal cords.

Bravo Hernandez told New Scientist, “We’re injecting it beneath the membranes that protect the spinal cord, so there’s no barrier. That’s what allows us to impact all the neurons inside the spinal cord.”

In the mice receiving the treatment, onset of ALS symptoms was delayed by 80 days. In addition, the treated mice never hit muscle stiffness levels observed in untreated mice. There did not appear to be any long-term side effects.

The researchers presented their work this week at the Society for Neuroscience annual meeting held in San Diego.

In necropsies of the mice at the end of the trial, untreated mice had large gaps in motor neurons. Treated mice, however, showed that neurons spread through the spinal column as they would in healthy mice. According to New Scientist, “Bravo Hernandez says the lack of neurons in untreated mice was due to widespread misfolded proteins. In the treated mice, these misfolded proteins were reduced by 50 percent in the upper spine and 80 percent in the lower spine.”

Early studies in nonhuman primates have shown that this type of injection can affect neurons throughout the spinal column. They plan to conduct trials of the gene therapy in primates.

There is ongoing work by several biotech companies to develop therapies for ALS. On November 1, Denali Therapeutics, based in South San Francisco, announced a collaboration with Paris-based Sanofi to develop multiple RIPK1 inhibitors to treat a range of neurological and systemic inflammatory diseases, including ALS, multiple sclerosis (MS) and Alzheimer’s disease.

Sanofi paid $125 million to Denali upfront and commercial milestones could climb over $1 billion. The lead molecules are DNL747 and DNL758, which target RIPK1, a critical signaling protein in the TNF receptor pathway. The pathway regulates inflammation and cell death. DNL747 will be investigated in Alzheimer’s, ALS and MS. DNL758 will be investigated in inflammatory diseases like rheumatoid arthritis and psoriasis.

And in January 2018, Biogen acquired Karyopharm Therapeutics’ KPT-350 and several other compounds that may be used to treat ALS and other neurodegenerative diseases. KPT-350 targets XPO1, a regulator protein that is involved in modulating protein transport from a cell’s nucleus to the cytoplasm. In animal models, the drug was effective in ALS and MS, as well as other neurological and autoimmune disorders.