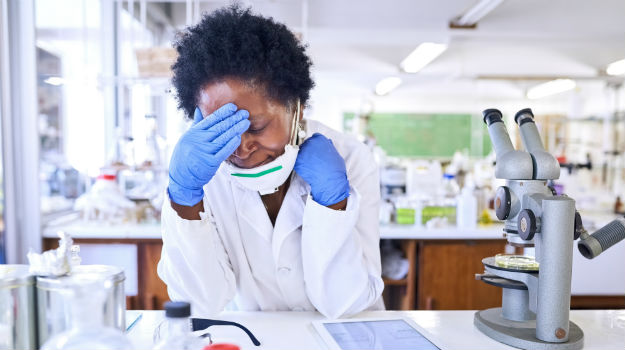 After disappointing mid-stage results and discussions with the U.S. Food and Drug Administration (FDA), AbbVie announced that it will not ask for accelerated approval for Rova-T in third-line relapsed/refractory (R/R) small cell lung cancer (SCLC).

Rova-T was being investigated in the Phase II TRINITY trial, a multicenter, open-label, single-arm study of the drug in DLL3-expressing small cell lung cancer patients with relapsed/refractory disease after receiving at least two previous treatments, including one that was platinum-based. They found a 16 percent objective response rate and median overall survival of 5.6 months after receiving the drug.

Investors responded, and shares fell 12 percent, stripping more than $20 billion of the company’s market cap, which was $178 billion at the beginning of the day.

Rovalpituzumab Tesirine (Rova-T) is an antibody-drug conjugate that targets the cancer-stem cell-associated delta-like protein 3 (DLL3), which is seen in more than 80 percent of SCLC tumors, but not in healthy tissue.

John Carroll with Endpoints News, writes, “The magnitude of the ORR for the DLL3-high group was dismal, leaving the future of the drug in doubt. And by implication, some analysts are wondering just how bad the data are for the full group, expecting the readout to be even worse. By focusing on DLL3-expressing cancers, the market was expecting an ORR in the 40 percent range. Chemo combos are in the 20 percent range, analysts note, and IO (immuno-oncology) combos are also demonstrating efficacy. So with an IRC assessment at 16 percent, AbbVie is well behind the 8 ball, with the FDA chilling talk of an accelerated approval despite the fact that there are no approved options.”

AbbVie acquired the drug from Stemcentryx for $5.8 billion, with another $4 billion at stake in milestone payments.

“We continue to believe Rova-T has potential for patients with small cell lung cancer and other DLL3-expressing cancers,” said Mike Severino, AbbVie’s executive vice president of research and development and chief scientific officer, in a statement. “Although the results from the study were not what we hoped for, we look forward to receiving data from the ongoing Phase III studies in the first- and second-line settings and remain committed to developing Rova-T for the treatment of patients with small cell lung cancer.”

The drug has not had a smooth ride. Last fall, the FDA delayed the progress of the Phase II TRINITY trial, requesting the inclusion of six-month durability data. The company’s ongoing Phase III studies include MERU and TAHOE.