Pfizer Offers $345 Million to Settle Out of EpiPen Pricing Lawsuit 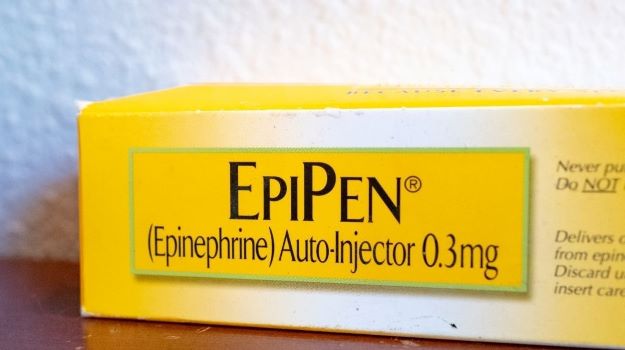 In 2016, Mylan’s EpiPen became the flashpoint of drug pricing outrage when it became widely reported the life-saving drug had increased more than 400% in price over a period of seven years.

The litigation against Mylan is proceeding to trial in January. But its manufacturing partner for the EpiPen, Pfizer and its subsidiaries, hope to skip the trial in favor of a proposed settlement to resolve the lawsuit. A cool $345 million from Pfizer should do the trick, if the federal judge approves.

Pfizer did not admit to any wrongdoing, but a lawyer for the plaintiffs said they were “pleased that Pfizer resolved its part of this class action lawsuit over the pricing of EpiPens,” according to Reuters.

While the district judge dismissed many of the accusations the lawsuit made, the remaining claims are over a patent settlement the plaintiffs say delayed the launch of a generic option of the auto-injector.

The EpiPen is used by millions of Americans with anaphylaxis. While the drug inside the injector, epinephrine, costs less than a dollar, the injector itself is where the magic happens. It automatically injects the precise dose to the user in a way that is quick and simple enough for an anxious parent or someone potentially losing oxygen due to an anaphylaxis event.

When Mylan first acquired the rights to EpiPen in 2007, the list price was around $100 for a two-pack. Patients with severe allergies are instructed to carry two pens on their person at all times. For many, one injection isn’t enough to get them safely to a hospital for continued care and monitoring.

Over the next nine years, Mylan boosted the price to over $600 for a two-pack. A price that Mylan defended by offering coupons and manufacturing rebates. Viatris, the formed generics merger between Pfizer and Mylan in 2020, now offers a program that advertises savings of “up to $300 on an EpiPen.” But how far these programs go to actually helping the average American depends on their insurance plan.

A mom in Des Moines who shared her EpiPen Jr. experience with BioSpace said, “We found out our nine-month-old daughter would need an EpiPen after a few shreds of cheese mixed in some rice landed us in the ER. Backed by only a high deductible insurance plan, that first two-pack EpiPen Jr. she was prescribed in 2014 cost us somewhere around $350. That was after a discount card advertising a ‘$0 copay’ took $100 off.”

For many parents with children requiring EpiPens, those expenses add up quickly. If a child is in daycare or school, two auto injectors are required to be left at the school, in addition to the two you keep with you at all times. On top of that, the injectors expire every 12 months. The pack you get at the pharmacy may even have an expiration that comes even sooner.

“As we prepared for her to start school, I went to the pharmacy and my jaw dropped at the price tag for two sets. I believe it was well over $800. Having just paid the large bill for another round of allergy testing, I didn’t know how we could swing it but I knew we had to,” the mom shared.

According to an NBC release in 2016, two industry insiders cited the cost of an EpiPen at no more than $30 per device for Mylan. Meanwhile Heather Bresch, the CEO at the time, saw her salary sore over 600% to nearly $19 million the year before.

It was the release of this type of data that spurred the public outrage that led to this.

“We only had to use an EpiPen on our daughter once, when she was two. It’s something I always carried but had hoped never to need. The pharmacy had told me I could carry a needle and vial of the life-saving drug instead of the expensive auto injector. But I didn’t trust my hands to be able to administer it correctly in an emergency. That day on the side of the road when I jammed that auto-injector into my child’s leg, it gave us time to get to the hospital for further treatment. While I’m thankful for this life-saving injector, I can’t help but wonder how many other parents simply couldn’t afford it. What happened to their children?”

Anaphylaxis results in approximately 1,500 deaths per year in the US. In 2018, the first generic version of the EpiPen was approved by the FDA.

In 2017, Mylan paid $465 million to resolve claims of overcharging the government for the EpiPen by the US Justice Department.