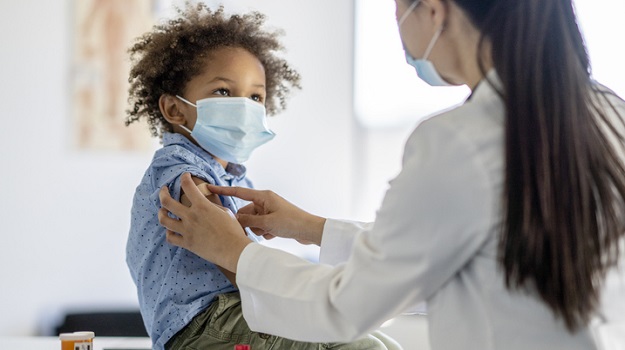 Pfizer and Roche subsidiary Genentech shared positive news from their respective forays into a new pneumococcal vaccine for infants and a treatment for influenza in small children.

This decision makes Xofluza the first single-dose oral influenza drug for this age group. Xofluza is also approved for the post-exposure prophylaxis of influenza in children ages 5 to 12 years after being exposed to somebody with the infection. To be treated with Xofluza, children must exhibit symptoms for no more than 48 hours and be otherwise healthy.

The FDA's approval is based on positive results from the Phase III miniSTONE-2 and BLOCKSTONE trials, which compared the drug with oseltamivir and a placebo, respectively. Xofluza is already FDA-approved for influenza in ages 12 years and up who've had symptoms for not more than 48 hours and are healthy but at risk of developing flu-related complications. It is given as a one-dose, single tablet.

"Xofluza has proven to be an important tool in fighting and preventing influenza in adults as well as adolescents, and we are pleased to now offer households and younger children our single-dose oral treatment," Levi Garraway, M.D., Ph.D., chief medical officer and head of global product development at Genentech, said.

Xofluza was discovered by Shionogi & Co. and is being developed and commercialized alongside the Roche Group, which covers Genentech in the U.S. Roche has global rights to the drug, except in Japan and Taiwan.

Pfizer shared positive initial results from its Phase III study of a four-dose series of 20-valent pneumococcal conjugate vaccine candidate (20vPnC), which, if approved, would offer the broadest serotype coverage of all vaccines for infants.

20vPnC is designed to prevent invasive pneumococcal disease due to 20 Streptococcus pneumoniae serotypes. The Phase III trial met its two co-primary objectives, consisting of immunogenicity responses one month after the third and fourth doses.

The overall safety profile was also consistent with Prevnar 13 given in the same schedule. Local reactions were observed, along with some fever and systemic events, but those seen in 20vPnC were like Prevnar 13.

"We are encouraged by today's data which show that if approved for a pediatric indication, 20vPnC would have the potential to cover more of the clinically significant remaining burden of infant pneumococcal disease than any other available pneumococcal conjugate vaccine," Annaliesa Anderson, Ph.D., the senior vice president and chief scientific officer for vaccine research and development at Pfizer said.

Pfizer plans to submit a supplemental biologics license application (BLA) by the end of 2022, pending feedback from the U.S. Food and Drug Administration.