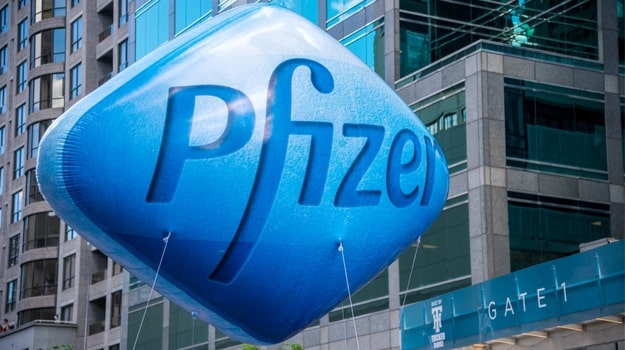 Pfizer will not seek Emergency Use Authorization (EUA) for its COVID-19 vaccine until the end of November even if the readout from a Phase III study expected later this month is positive.

This morning, Pfizer Chief Executive Officer Albert Bourla posted an open letter on the company’s website explaining three key metrics the experimental vaccine for the novel coronavirus must meet before the company and its partner, Germany’s BioNTech will seek EUA. The vaccine must be effective in preventing COVID-19 in at least a majority of vaccinated patients. Bourla also stressed that the vaccine must meet safety standards. The third metric is the companies must demonstrate they can consistently manufacture the vaccine while meeting quality control standards.

The question of whether or not a vaccine would be cleared before the Nov. 3 election has become a source of controversy, as some were concerned President Donald Trump would push for an early approval in order to bolster his polling before election day. Before ultimately signing off on the guidance, Trump condemned the proposals, calling it a “political ploy.” Trump has repeatedly hinted that a vaccine would be ready ahead of Nov. 3, and the White House also played a key role in pushing through EUA for convalescent plasma, despite objections from some of the nation’s top infectious disease experts. There have also been incidents of the manipulation of publicly released documents from the Centers for Disease Control and Prevention.

Bourla’s letter distanced the mRNA vaccine candidate BNT162b2, as well as his company, from the political fracas. The letter outlines the timeframe Bourla anticipates in order to meet each of these three criteria. Efficacy data is expected at the end of October. Bourla said they will have to wait until a review of the data from an independent committee of scientists determines that effectiveness. But efficacy is not enough.

“A key point that I’d like to make clear is that effectiveness would satisfy only one of the three requirements and, alone, would not be enough for us to apply for approval for public use,” Bourla wrote.

Bourla said the internal standards for safety set by Pfizer and BioNTech are high. New safety guidance established by the U.S. Food and Drug Administration for EUA of a vaccine requires drugmakers to follow at least half of the trial participants for at least two months following their dosing to determine if there are any lingering adverse events or safety concerns. Bourla said based on enrollment and their dosing pace, Pfizer and BioNTech anticipate reaching that milestone by the third week of November.

“Safety is and will remain, our number one priority, and we will continue monitoring and reporting safety data for all trial participants for two years,” Bourla said.

Last month, BioNTech CEO Ugur Sahin touted the safety of the vaccine and noted that so far, patients who have received the medication have experienced only mild symptoms.

When it comes to manufacturing, Bourla said his company began to heavily invest in this since the early days of the pandemic. He said they expect to have manufacturing data ready for submission to the FDA prior to reaching the safety milestone in the third week of November.

“The timelines above reflect our best estimates of when these important milestones could be achieved. So let me be clear, assuming positive data, Pfizer will apply for Emergency Authorization Use in the U.S. soon after the safety milestone is achieved in the third week of November. All the data contained in our U.S. application would be reviewed not only by the FDA’s own scientists but also by an external panel of independent experts at a publicly held meeting convened by the agency,” Bourla said.