Omicron Surges Across the World While Vaccines Struggle to Contain It 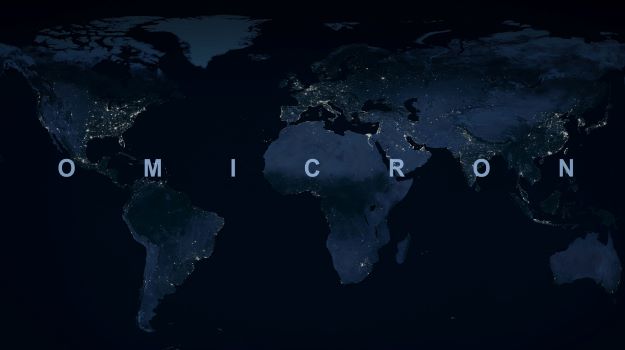 Although it’s not yet clear how dangerous the Omicron variant of COVID-19 is, it is clearly very infectious, and rates are rising in the U.S. and worldwide. Here’s a look at that and other related stories.

Now that public health officials are looking for it, they’re finding cases in the U.S. of the Omicron variant, although Delta is still dominant. According to the Centers for Disease Control and Prevention (CDC), Omicron makes up 2.9% of all cases while Delta, 96.7%. The 2.9% figure is up from 0.4% the previous week. Although the data is not confirmed, Omicron does not seem associated with severe disease, at least not yet, but does appear to be more infectious than Delta and other variants.

The CDC has also announced models suggesting a massive wave of Omicron infections as early as January. The worst-case scenario is a fresh wave of Omicron on top of Delta and influenza, which would overwhelm health systems and slam communities, particularly ones with low vaccination rates. A second model suggests a smaller Omicron surge in the spring. The models are based partially on from Denmark, Norway, and the U.K.

At this time, early data indicates that people who are fully vaccinated and have received a booster are largely protected against severe disease and death from Omicron. Only about 55 million people in the U.S. have gotten the booster shots out of 200 million fully vaccinated.

Plescia added, “The hope is that it is going to be less severe, but the concern is that the numbers could be so great, even if proportionally less people have to be hospitalized, the numbers are much higher, and a lot of people are going to be really sick and overwhelm things.”

A study out of South Africa finds that the Johnson & Johnson vaccine offered almost no protection against the Omicron variant in a laboratory experiment. It provides some defense, mainly by stimulating immune cells. The laboratory assays were performed on blood plasma samples from people who had a single shot of the J&J vaccine or two of the Pfizer-BioNTech vaccine. They all lost some effectiveness against Omicron, but the J&J shot seemed weak. These types of laboratory tests evaluate antibody responses but do not take into account other components of the immune system, such as T cells.

“Omicron does indeed exhibit substantial immune escape from antibodies,” said Penny Moore, Ph. D., a professor of virology at Johannesburg’s University of The Witwatersrand. “The situation, I think, is even more alarming for the J&J vaccine—there was no detectable neutralization in our assay.”

Mathai Mammen, M.D., Ph. D., head of research & development for J&J’s Janssen pharmaceutical unit, stated that the company is “confident in the robust humoral and cell-mediated immune responses elicited” by its vaccine.

Similarly, a study of the University of Hong Kong, also performed on serum, found that China’s Sinovac vaccine did not produce sufficient antibodies against Omicron. The group established serum antibodies from 25 fully vaccinated people with Sinovac’s CoronaVac and another group of 25 who received two doses of Pfizer-BioNTech’s vaccine. None of the Sinovac vaccine participants demonstrated neutralizing antibodies. The Pfizer-BioNTech vaccine group did, but it dropped significantly to 20% from 24% in the laboratory test.

About 40% of COVID-19 Cases are Asymptomatic

It’s challenging to say how many people are asymptomatic for COVID-19, because people with no symptoms don’t generally get tested for the disease. But a study published in JAMA Network Open evaluated 95 studies from January 2020 to February 2021 published on populations globally, including about 30 million people. The data found that more than 60% of confirmed cases in people under 20 were asymptomatic, almost 50% in the 20 to 39 age range, and 32% in people 40 to 59. And a third, 33%, were asymptomatic in people over the age of 60.

“Across the board, it showed that among the elderly, two-thirds had symptoms, and among the 20- to 30-year-olds, about two-thirds didn’t have symptoms,” said Alan Wells, M.D., medical director of UPMC Clinical Laboratories and professor of pathology at the University of Pittsburgh School of Medicine, who was not involved with the study. “That’s what we see in a lot of respiratory viruses.”

Myocarditis Risk Much Higher from COVID-19 Than from Vaccines

A study out of the U.K. confirmed what experts have been saying about the risk of myocarditis—heart inflammation—from the COVID-19 vaccines: the risk is higher from the disease than the vaccines. The study found an additional 2 cases of myocarditis per 1 million people after one dose of the AstraZeneca/Oxford vaccine; one additional case per 1 million with the Pfizer-BioNTech; and six cases per 1 million after one dose of the Moderna. However, a positive COVID-19 test was associated with a significantly higher risk of heart inflammation.

COVID-19 Patients May Fall Under Americans with Disabilities Act

In updated guidance by the Equal Employment Opportunity Commission (EEOC), employees with COVID-19 may be protected under the Americans With Disabilities Act (ADA). This appears to primarily apply to so-called long-haul COVID, suggesting that these individuals may qualify for disability resources. To qualify, a person would have to demonstrate at least one of the following: an “actual” disability that limits a major life activity; a “record” of disability that demonstrates the person’s impairment; be “regarded as” an individual of disability, which means an employer takes some action against the individual because they perceive the staffer has a disability.

Early in its vaccine development program, AstraZeneca and the University of Oxford indicated much of their focus on distributing their COVID-19 vaccine would be toward poorer countries. And the global COVAX program reflected that. However, it appears that the Pfizer-BioNTech vaccine is replacing the AstraZeneca-Oxford shots as the preferred vaccine for the less-wealthy states.