Oh, Where Vaccines Could Take Us 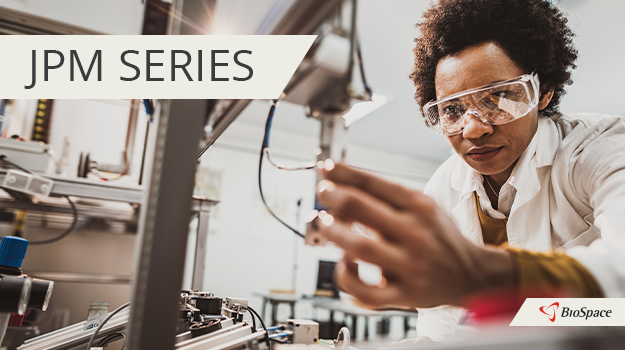 2021 could very well have been “the year of the vaccine.” While this modality is certainly not new—vaccines have eradicated smallpox, removed polio from most of the world and protected us against human papillomavirus (HPV) since 2006—the COVID-19 pandemic is sparking excitement about just what else they might be able to do.

A Vaccine for Alzheimer’s and Other Neurodegenerative Diseases

Experimental vaccines are showing promise well beyond viruses. Southern California-based startup Nuravax is one of a few companies working on a vaccine for Alzheimer’s disease (AD) and Parkinson’s disease. The most common type of dementia, around 5.8 million Americans were living with AD in 2020 and with an aging population, the Centers for Disease Control and Prevention (CDC) expects that number to triple to 14 million by 2060. So, the concept of stopping it in its tracks is particularly attractive.

Nuravax was incubated by the Institute for Molecular Medicine (IMM), the parent from which it licensed a universal vaccine platform technology called MultiTEP. The concept is very much the same as a traditional vaccine. MultiTEP aims to elicit an extremely high immune response to an invader, which, in this case, is amyloid plaque and tau tangles. It is based on the widely accepted theory that pathological amyloid-beta and tau are major drivers of AD pathology.

The vaccine, Duvax, stimulates adaptive immunity, activating both naive Th cells and pre-existing memory Th cells that have been generated in response to conventional vaccines and/or infections during a person’s lifetime.

The platform has shown efficacy and immunogenicity in preclinical studies with special transgenic mouse models of AD and rabbits and non-human primates with human-like immune systems.

Nuravax CEO Roman Kniazev told BioSpace the platform has the potential to “overcome the shortcomings of problems connected with CNS diseases like activation of autoreactive T cells and aging of the immune system.” This is why Nuravax and IMM chose CNS as their focus, he added. “We think we can significantly delay the onset of disease by 10 to 20 years. We think this will make a huge impact on everybody's life.”

In November, the National Institutes of Health (NIH) added $3 million to the $4.7 million grant it had previously awarded IMM. These funds will be used to propel Duvax into the clinic in 2022, with Phase I trials expected to be completed in 2023.

Dr. Michael Agadjanyan, Ph.D., D.Sc., VP, professor and head of the department of molecular immunology at IMM, shared that the multiTEP platform could also act upon pathological molecules involved in other neurodegenerative diseases. These include Parkinson’s, various tauopathies like frontotemporal dementia, Progressive Supranuclear Palsy (PSP), Pick’s disease, and some forms of autism.

Cincinnati-based Blue Water Vaccines (BWV) is developing a universal flu vaccine. The company is hopeful it could eliminate the need for annual flu shots.

“It’s a vaccine that covers all potential types of influenza that we can encounter,” said BWV CEO Joseph Hernandez. “In theory, it’s a vaccine you take once in your life and you don't have to worry about the flu again, which is really exciting.”

The influenza vaccine program, licensed from the University of Oxford, uses patented epitopes of limited variability (ELV) that provide a cross-reactive immune response to multiple historical flu strains. BWV is also studying the cross-reactivity of the H1, H3, and influenza B strains to create an H1 influenza vaccine that could potentially negate annual flu shots. Preclinical data in mice models have demonstrated neutralization against both historical and current H1 strains.

BWV’s fastest-moving program is an intranasal vaccine against invasive streptococcus pneumonia and is particularly aimed at preventing the middle ear infections that are so common in childhood.

“We deliver it on the nose, so it's just a simple inhalation of live attenuated bacteria that then creates not only your traditional vaccine immunity, the IgG format, but also the IgM, which is the mucosal form of protection,” Hernandez explained. The vaccine, BWV-201, is licensed from St. Jude Children’s Research Hospital.

“What's beautiful about the norovirus is it's got really two platforms, quote, unquote, that you can use to deliver antigens. It's very versatile. It can deliver really large packages, which is not typical of most of the VLPs, and it's easier to propagate. You can actually grow it in E.coli, which makes it inexpensive to scale,” Hernandez said.

While these programs are the current focus, Hernandez added that the platform has potential applicability in other indications. “Proof of concept has been shown in HIV, and in Alzheimer's actually addressing some of the plaques. It's also been shown in a number of other cancer markers.”

In Hernandez’s opinion, the platform is the key to an effective vaccine.

“I think if COVID has done anything, it's demonstrated that vaccines are in fact effective, although you have to be really thoughtful about how you make them because here we are boosting ourselves multiple times. I think that's a byproduct not really of the virus itself because the virus is really not that elusive, but really the platforms we deploy,” he said, adding that we are still learning the nuances of messenger RNA (mRNA) vaccines.

San Jose-based Anixa Biosciences is looking to keep “retired” proteins from coming back and causing havoc to the body—particularly in the form of triple-negative breast cancer and ovarian cancer.

Anixa’s lead candidate is a prophylactic vaccine against alpha-lactalbumin, a protein that only exists in the breast and is only expressed during lactation. Then, it is supposed to disappear (retire) until the woman has another child. When it appears outside of this context, it has been found to reappear in certain breast cancer cells, especially in TNBC. This discovery was made by researchers at the Cleveland Clinic, with whom Anixa is partnered on this program. They hypothesized that if women were immunized against alpha-lactalbumin after the age of childbirth, the immune system would destroy the cells making those proteins.

“What we're trying to do is train the immune system in that woman to destroy the tumor cells as they arise, a handful of cells at a time. We think it's easier to do that than to wait until the tumor is very large,” explained Anixa President and CEO Amit Kumar, Ph.D.

The researchers tested this hypothesis on a group of mice designed to get breast cancer. They gave the vaccine to half of the mice, while the other half were given a placebo.

“All the mice that were hit with the placebo contracted breast cancer as you'd expect them to and they eventually died, whereas 100% of the mice that were hit with the vaccine were cancer-free throughout their natural life,” Kumar said.  Impressive, if this can be repeated in humans.  In October 2021, the partners began a  Phase I clinical trial of 18–24 patients who have undergone treatment for early-stage TNBC and are tumor-free but at high risk for recurrence.

Anixa, along with the Cleveland Clinic and National Institutes of Health, is leveraging the same principle against epithelial ovarian carcinoma (ovarian cancer). This vaccine, currently in preclinical development, targets a protein called the Extracellular Domain of the Anti-Mullerian Hormone Receptor 2 (AMHR2-ED), which is normally expressed only in the ovaries of pre-menopausal women.

Kumar addressed the drawbacks of therapeutic vaccines in the cancer space.

“Virtually all cancer vaccines that have been in clinical trials are therapeutic vaccines, and they've all failed—four decades of failure,” he said. “A therapeutic vaccine is a vaccine that's designed to treat a tumor once a tumor has been diagnosed, and there's a very difficult tumor microenvironment. The tumor is comprised of trillions of cells, and so it's really hard for the immune system to destroy that tumor.”